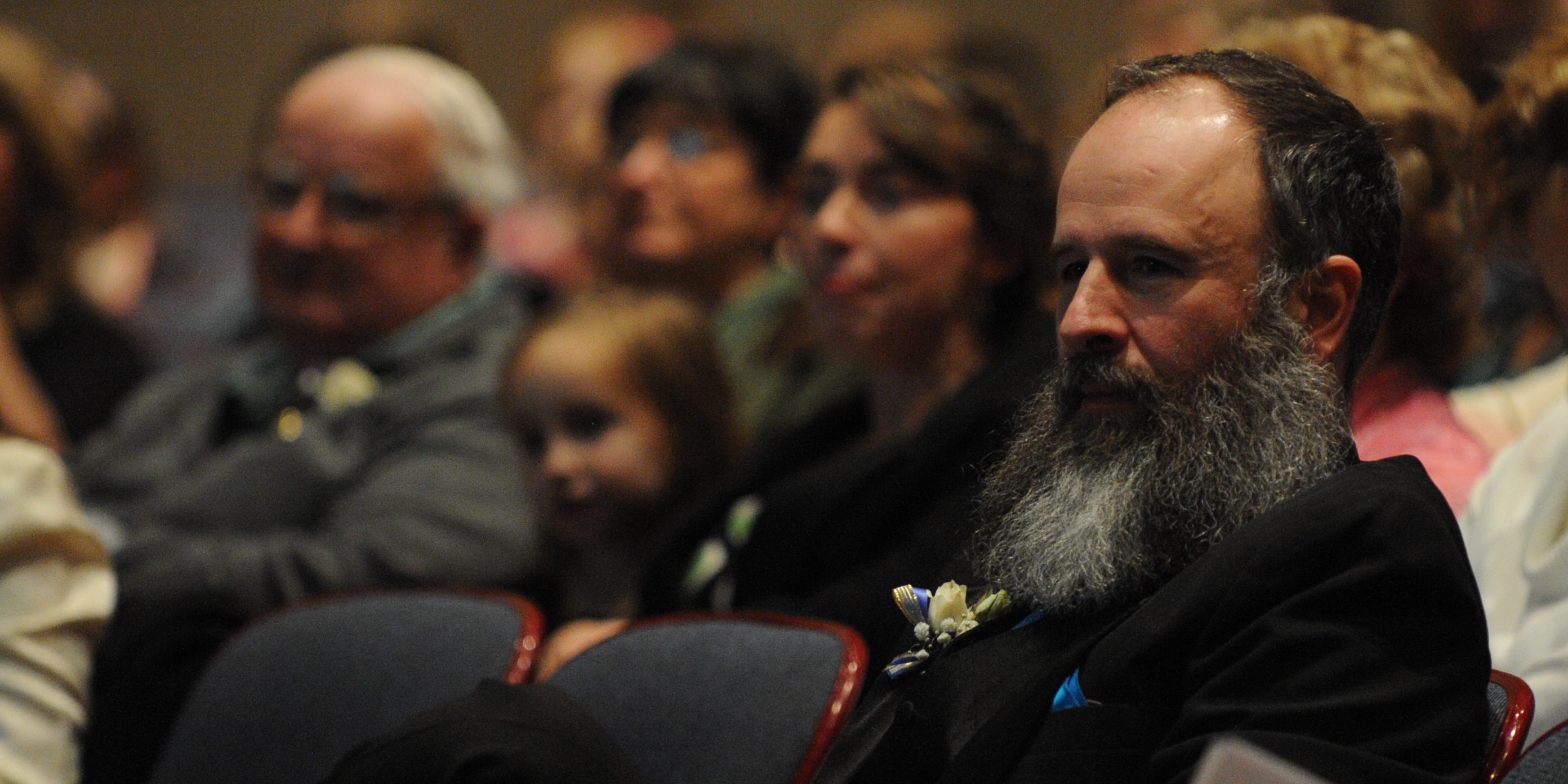 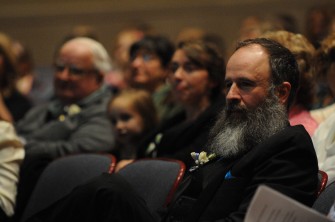 Kent Knappenberger, who received his Master of Music degree at Eastman School of Music in 1989, is the recipient of the first annual Music Educator Award presented by The Recording Academy and GRAMMY Foundation.

Knappenberger was one of 10 finalists, chosen from more than 30,000 initial nominations, for the inaugural award. He will receive the award, which carries a $10,000 honorarium, at the Special Merit Award Ceremony & Nominees Reception in Los Angeles on Jan. 25, and he will also attend the 56th annual Grammy Awards ceremony on Jan. 26. Each of the other nine music educator finalists will receive a $1,000 honorarium, and the schools of all 10 finalists will receive matching grants.

A member of the National Education Association, Knappenberger has been a music teacher and choir director at Westfield Academy and Central School in Westfield, N.Y., for 25 years, and also serves as a volunteer music teacher at the Ana Gonzaga Methodist Institute in Rio de Janeiro.

Knappenberger received his master’s degree in music education, harp performance and literature. He holds a bachelor’s degree from the State University of New York at Fredonia.

In a release from the Recording Academy and GRAMMY Foundation, Knappenberger said, “I am extremely humbled and honored to be the recipient of the first-ever Music Educator Award.  I believe that this award has already been and will continue to be a tremendous encouragement to all music educators. Besides the attention it has brought to many fine teachers, it brings attention to the importance of music education in general.”

The Music Educator Award was established to recognize current educators, kindergarten through college, public and private schools, who have made a significant and lasting contribution to the field of music education and who demonstrate a commitment to the broader cause of maintaining music education in the schools. Each year, one recipient will be selected from 10 finalists, and will be recognized for his/her remarkable impact on students’ lives.

“The Recording Academy and the GRAMMY Foundation created this award to highlight the extraordinary influence of music teachers on their students in and beyond the classroom,” said Neil Portnow, President/CEO of the GRAMMY Foundation and The Recording Academy. “Many musicians would not be expressing their gift for creativity had it not been for the dedication and encouragement of a music teacher who inspired them to pursue a professional career.”