Break of Reality Returning to Eastman for Kodak Hall Performance 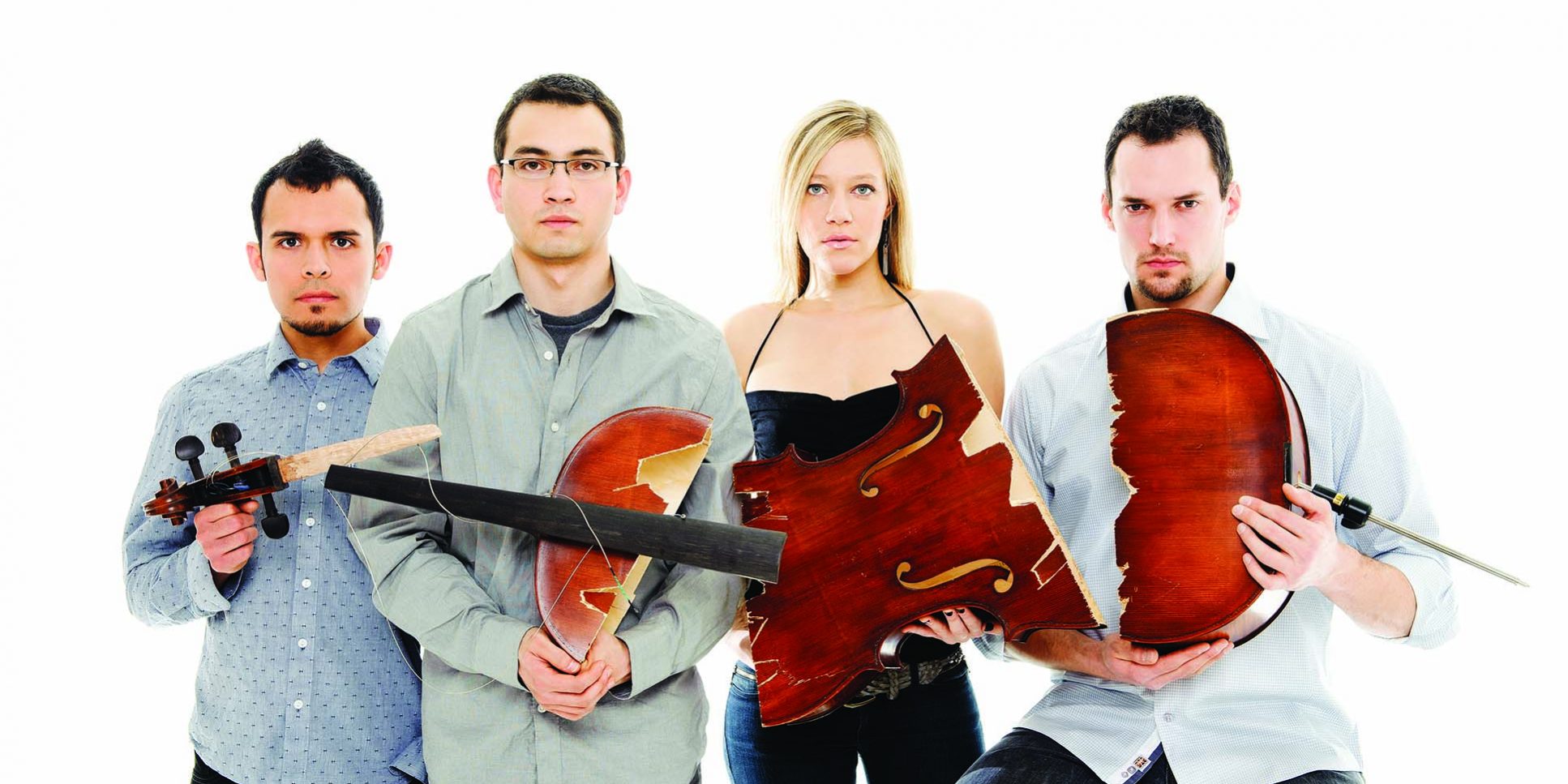 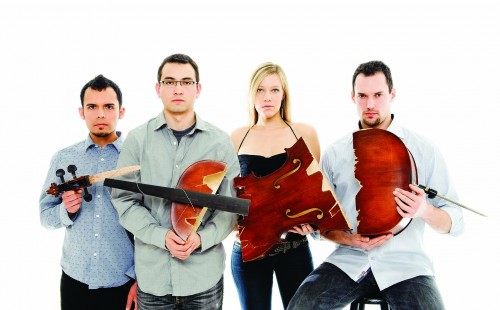 Break of Reality, a cello-rock band formed at Eastman School of Music in 2003, will return to its alma mater on Jan. 17, 2014 to present a concert in Kodak Hall at Eastman Theatre at 8 p.m. The group currently consists of percussionist Ivan Trevino and cellists Patrick Laird, Laura Metcalf, and new addition Adrian Daurov.

After 10 years, two Eastman School of Music alums, Trevino (BM ’06, MM ’10) and Laird (BM ’07), remain in the group, and are particularly excited to be back at Eastman. “Returning to Eastman to play a concert in Kodak Hall is a tremendous honor,” says Trevino. “It’s special to think about how far our band has come; from Java’s all the way to Eastman Theatre.”

Since this concert will be the group’s official 10-year-anniversary show, Break of Reality has chosen to present pieces from various stages in the group’s development. Some selections will include Break of Reality standards, an arrangement of a Bach cello suite, a couple of cover songs, and new music from the group’s upcoming album Ten, which will be released in March 2014.

Break of Reality played their very first gig at Java’s Cafe in 2004. Within the past 10 years, Break of Reality has sold over 50,000 albums worldwide, toured extensively across the U.S., and is listened to by more than 20 million people via Internet radio. The group’s music has also been featured on national television programs, including Dateline NBC and America’s Investigative Reports on PBS. Additionally, Break of Reality’s video of the Game of Thrones theme song has reached more than 2,000,000 views on YouTube.

The group is also committed to music education and music entrepreneurship. Having performed at hundreds of public schools across the country, Break of Reality encourages music students to explore all types of genres on their instruments.  By developing the Break of Reality DIY Lecture Series, the group seeks to empower budding classical musicians with practical music-business knowledge.