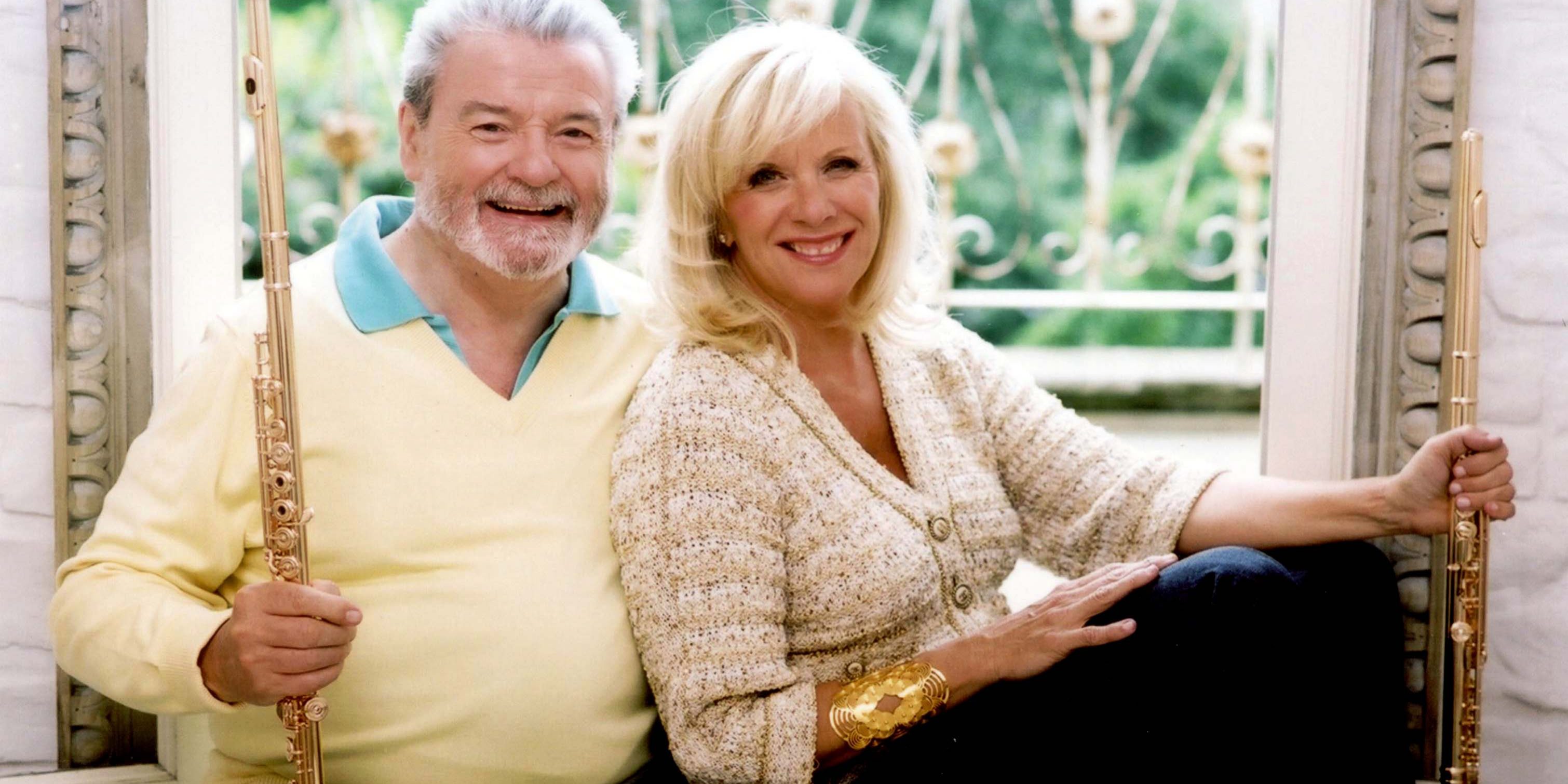 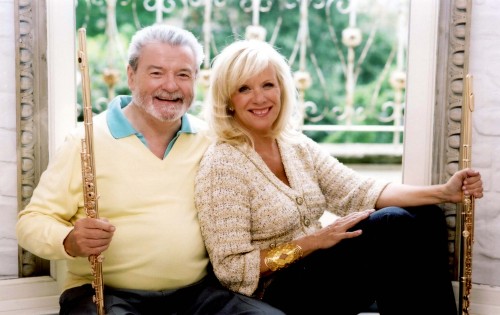 World-renowned flutists Sir James Galway and Lady Jeanne Galway will perform on NPR’s From the Top at 7 p.m. Wednesday, March 19, 2014, when the program will be recorded live in Kodak Hall at Eastman Theatre.  The duo will perform alongside an ensemble of wind performers.

WXXI and the Eastman School of Music are bringing From the Top to the area.  Hosted by American classical pianist Christopher O’Riley, the series celebrates the amazing performances and captivating stories of extraordinary young classical musicians. From the Top first came to Rochester in 2008, when the program was recorded at Nazareth College and featured performances by five local musicians.  The weekly NPR radio show is heard Sundays at 5 p.m. on Classical 91.5.

Sir James Galway, nicknamed “The Man with the Golden Flute,” is regarded as both the supreme interpreter of the classical flute repertoire and a consummate entertainer. He and O’Riley have performed together on several occasions, and O’Riley was pleased to finally have him on From the Top in 2011. This time Sir James will be joined by his wife, Lady Jeanne. Lady Jeanne is one of the leading female flute soloists of the decade. She dedicates much of her time to working with the younger generation through her articles, master classes, and recordings.

Applications are currently being accepted from area teens, who are Classical instrumentalists, vocalists, and composers between the ages of 8 and 18, to perform on From the Top. Visit WXXI.org/fromthetop for complete details and to download a submission form. Applications must be submitted by December 2013 in order to be considered for the March show.  WXXI will be making available a limited number of recording appointments for applicants who need assistance in preparing an audition for the program.  Information is available at wxxi.org/fromthetop.

Tickets for the From the Top show at Kodak Hall on Wednesday, March 19, 2014, will be available later this fall.

From the Top is produced in association with WGBH Radio Boston and New England Conservatory, its home and educational partner, and is sponsored by UBS and distributed by NPR. Support comes from the National Endowment for the Arts and the Jack Kent Cooke Foundation, as well as from radio stations, corporations, foundations, and individuals. From the Top is endorsed by the National Guild of Community Schools of the Arts, the National Association for Music Education, the American Symphony Orchestra League, and the Music Teachers National Association.