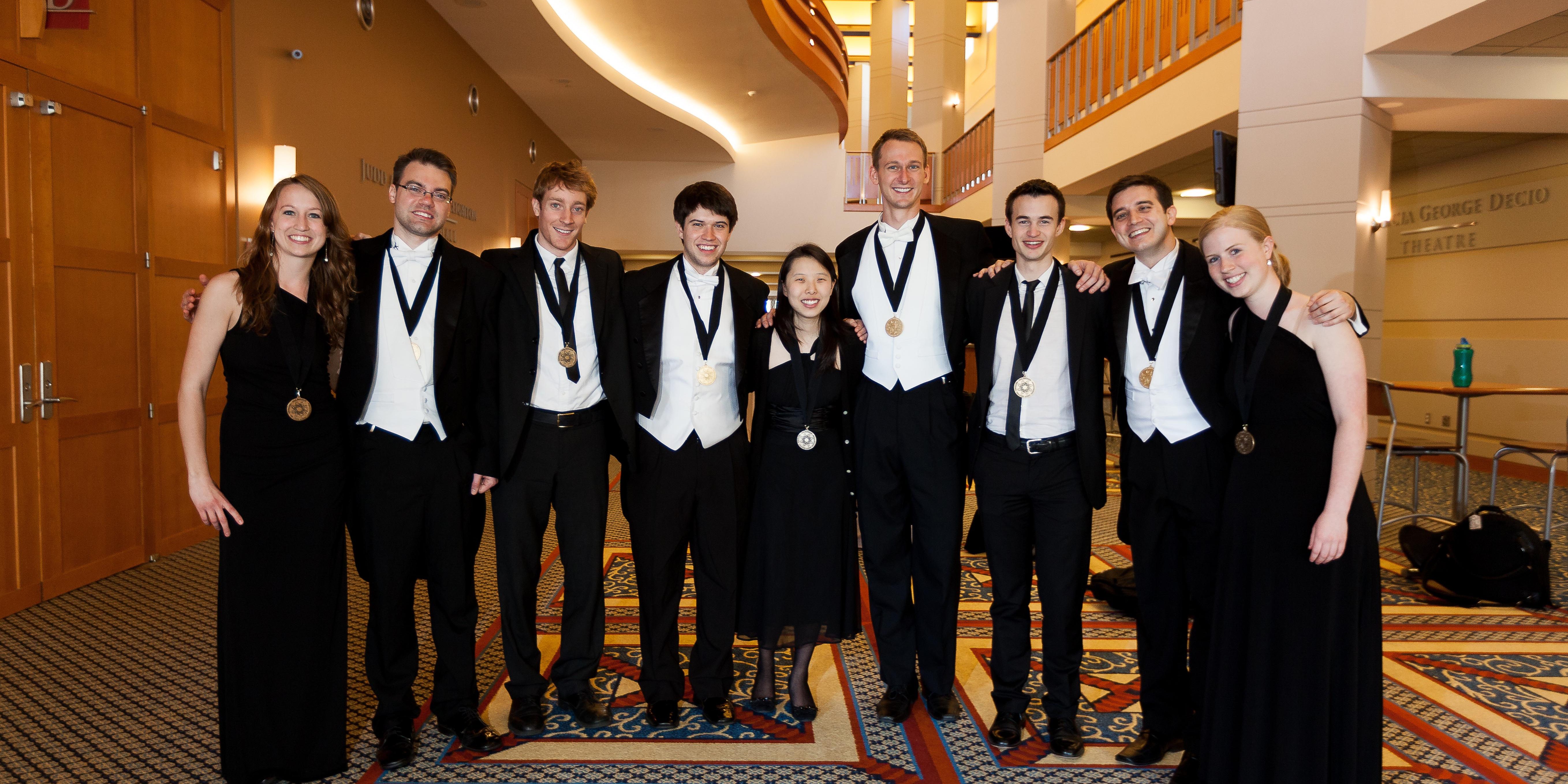 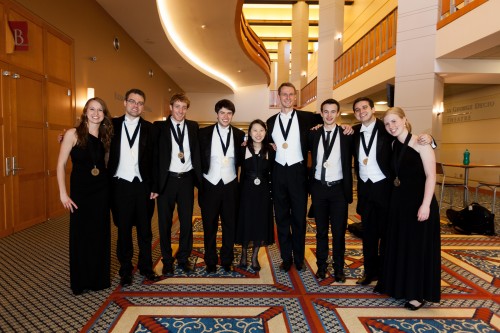 Two ensembles of Eastman School of Music students were winners at the 2013 Fischoff National Chamber Music Competition: in the Senior Wind Division, Project Fusion captured the Gold Medal and $3,500 prize, while The Midic Winds were awarded the Bronze Medal and $2,000.

As part of their prize, Project Fusion will be participating in a tour of the Midwestern United States for concerts and master classes in the fall. Project Fusion’s Fischoff Gold Medal is the third such win in eight years by Eastman students: the ViM Saxophone Quartet and the Red Line Saxophone Quartet were awarded gold in 2006 and 2009, respectively.

Established in 1973, the Fischoff National Chamber Music Competition is the largest chamber music competition in the world and attracts the finest young instrumentalists from around the globe. This year’s event was held May 10 to 12 at the University of Notre Dame.