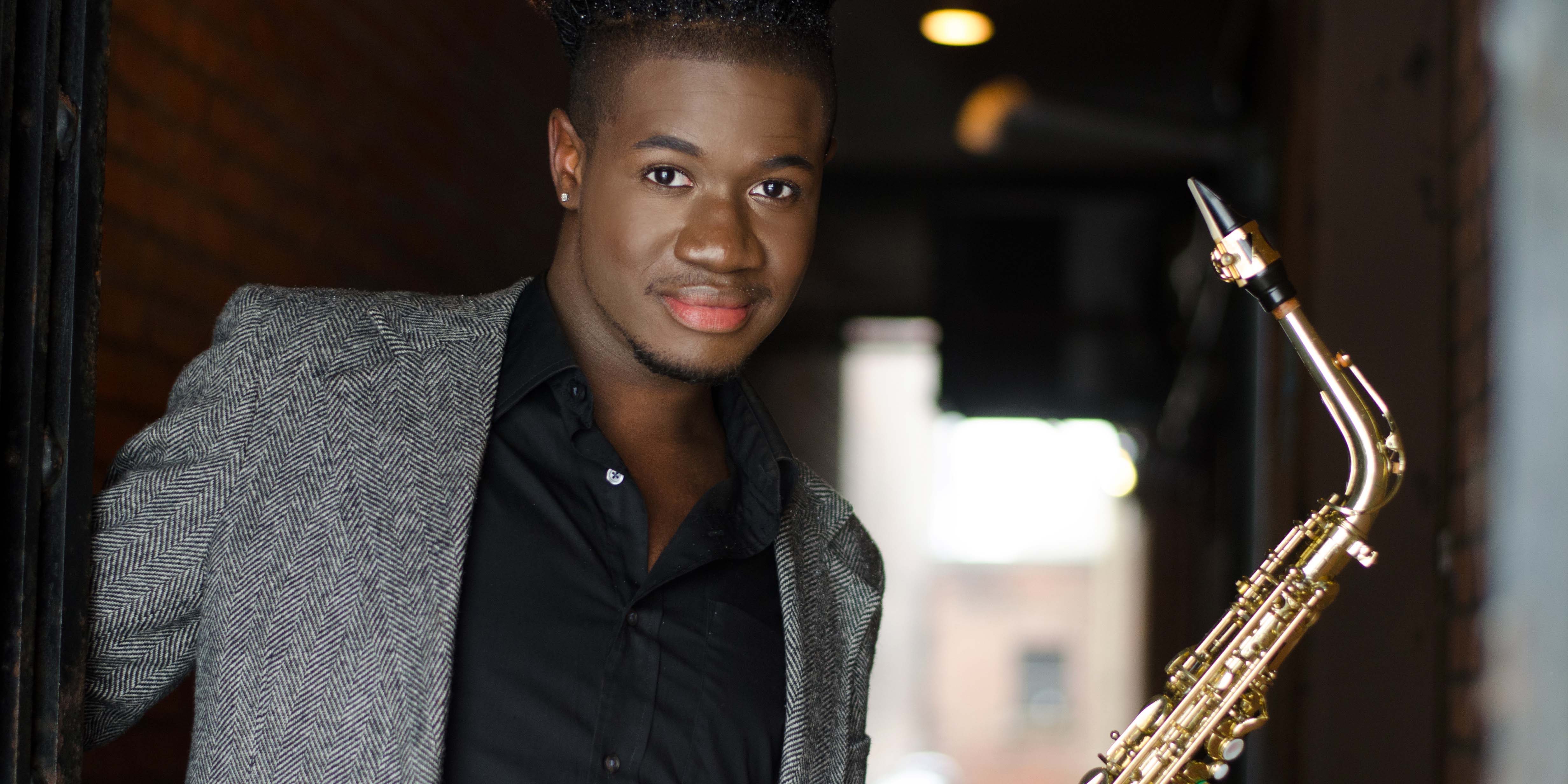 Saxophonist Keenan McKoy, this year’s recipient of the annual scholarship awarded by the Rochester, New York Chapter, The Links, Incorporated, to an Eastman School of Music student, will present a recital at 3 p.m. Sunday, April 28, in Kilbourn Hall.

The award, a cooperative effort between the Rochester, New York Chapter, The Links, Incorporated, and the Eastman School of Music, recognizes and celebrates the extraordinary talent and academic achievement of an African-American scholar musician.

McKoy is a junior pursuing a double major in saxophone performance and music education and studies with Assistant Professor Chien-Kwan Lin. For his recital, McKoy will perform Bach’s Flute Partita in A minor; Decruck’s Sonata in C-sharp for alto saxophone, with Priscilla Yuen, piano; “Invocation” and “Dance” from Wirth’s Jephthah, with Pi-Lin Ni, piano, and Katherine Weintraub, soprano saxophone; Tomasi’s Concerto for Saxophone, with Pi-Lin Ni, piano; and he will be the vocalist for Rodgers’s My Funny Valentine, with Jacob Dupre, piano, Emiliano Lasansky, bass, and Eric Metzgar, drums.

A native of Dillon, S.C., McKoy began playing the saxophone in middle school and also pursued studies in visual arts, creative writing, and dance. He attended the South Carolina Governor’s School for the Arts and Humanities, where he graduated with both a high school diploma and an arts diploma. While at the Governor’s School, he was selected to perform in the 2010 Outreach Tour, Hilton Head, S.C., and in the annual 2010 Senior Showcase.

McKoy is a member of the Eastman Wind Ensemble and Eastman Saxophone Project. In addition, he is a singer in the Bitchin’ Kitchen, an R&B and soul band composed of Eastman students. McKoy has performed for big name artists in both classical and popular music genres, including John Legend, Claude Delangle, Al Sharpton, Mariano Garcia Jiminez, Darius Rucker, and the Marine Band Saxophone Quartet. Additionally, McKoy won first prize in the 2011 MTNA Empire State Competition.

The program is free and open to the public. However, tickets are required. They can be obtained from Links members, the Eastman School of Music Concert Office, 585-274-1110, or by sending a stamped, self-addressed envelope by April 15 to The Links, Inc. P.O. Box 22873, Rochester, NY 14692.

The Links, Incorporated, founded in 1946, is one of the oldest and largest volunteer service organizations of women who are committed to enriching, sustaining and ensuring the culture and economic survival of African Americans and other persons of African ancestry. The Rochester, New York Chapter, The Links, Inc. was established in 1984 and supports programs in the arts, services to youth, national trends and services, international trends and services, and health and human services.