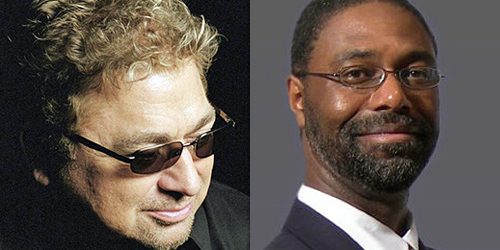 Keyboardist, singer, and composer David Paich, a member of the rock group Toto, and drummer Dennis Mackrel, leader of the Count Basie Orchestra, will perform with the Eastman School of Music’s Chamber Jazz Ensemble on Friday, March 22. The concert, at 8 p.m. in the School’s Kilbourn Hall, features the works of Paich’s father, legendary jazz composer and arranger Marty Paich.

From the early 1950s until his death in 1995, Marty Paich was one of the top arrangers for jazz and pop singers. He played on, arranged, and produced numerous recordings for such artists as Ella Fitzgerald, Stan Kenton, Buddy Rich, and others.  He was an accompanist for vocalist Peggy Lee and toured with Dorothy Dandridge. Marty Paich also had a decades-long collaboration with Mel Tormé, producing several highly-acclaimed albums featuring Tormé with the Marty Paich Dek-tette, a reduced Big Band including French Horn.

The program for the March 22 Chamber Jazz concert features works from the albums that the Dek-tette released in 1959: the pieces “Four Brothers,” “Bernie’s Tune,” Airegin,” “Opus De Funk,” Walkin’ Shoes,” and “Anthropology” from Art Pepper + 11; “What Am I Here For/Cottontail,” “Violets for Your Furs,” “Love for Sale,” “No More,” and “Moanin’” from I Get A Boot Out of You; and “Too Close for Comfort” and “Lazy Afternoon” from The Broadway Bit. The scores and parts are Marty Paich’s own arrangements, part of a collection of some 2,000 titles lent by David Paich.

David Paich and Jeff Porcaro started the band Toto in 1977; Paich wrote such hits as “Hold the Line” and “Rosanna” and co-wrote “Africa” for the band. The song “Don’t Stop Me Now,” co-written with Steve Lukather and on Toto’s album Fahrenheit, featured Miles Davis on trumpet; Davis continued to perform the song live with his own band. David Paich worked extensively with singer-guitarist Boz Scaggs, record producer Quincy Jones, and arranged music on the movies First Blood and Shirley Valentine. He also composed the soundtrack for David Lynch’s movie Dune. David Paich, who’s won several Grammys including Record of the Year, Album of the Year, and Producer of the Year, is also a session musician, playing on numerous soundtracks and albums by such artists as Bryan Adams, Michael Jackson, Aretha Franklin, Elton John, Pink, and more.

Admission to the March 22 concert featuring David Paich and Dennis Mackrel with the Eastman Chamber Jazz Ensemble is free.