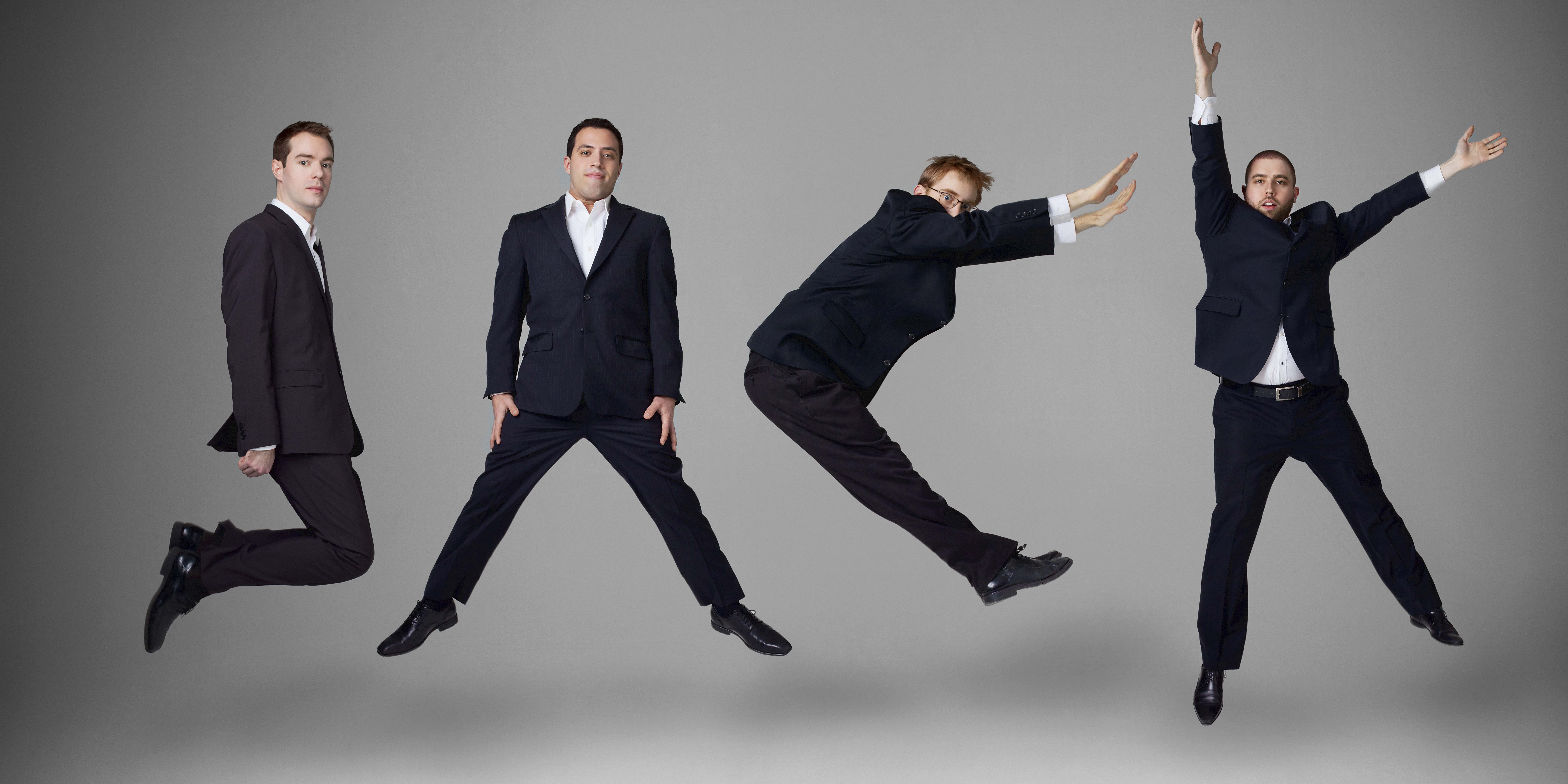 JACK Quartet, which had its start at the Eastman School of Music and has been described in The New York Times as “luminaries of the contemporary classical-music world” and as one “of the most prominent new-music ensembles in New York,” returns to its alma mater in April.

The ensemble will perform a concert celebrating contemporary Danish composer Hans Abrahamsen, who will be in-residence as the School’s Howard Hanson Visiting Composer, on Wednesday, April 10, at 8 p.m. in Hatch Recital Hall.  Tickets to the performance are $10 to $20, discounts with UR ID, and are available at the Eastman Theatre Box Office, 433 East Main St., by phone 585-454-2100; and online at www.esm.rochester.edu/concerts .

Their championship of contemporary music has earned JACK Quartet the Chamber Music America/ASCAP Award for Adventurous Programming and the Trailblazer Award from New Music USA.

The quartet made the first complete recording of Greek avant-garde composer Iannis Xenakis’s string quartets; the album was picked as one of the 10 best releases of 2009 by The New Yorker critic Alex Ross and violist/radio host Nadia Sirota of WNYC.  In addition to Xenakis’s string quartet and works with piano, JACK Quartet performs on albums featuring composers Alex Mincek, Zach Browning, Kevin Keller, and George Edwards. Their Wigmore Hall debut in July 2011, a concert of works by Ligeti, Pintscher, Cage and Xenakis, was recorded live and released as a CD last year.

In addition to Wigmore Hall in London, JACK Quartet has performed to critical acclaim at numerous venues and events in Europe and North America, including Carnegie Hall in New York City, the Library of Congress in Washington, D.C., the Festival Internacional Cervantino in Mexico, the Lucerne Festival in Switzerland, the Ultraschall Festival fur Neue Musik in Germany, as well as at Sutory Hall in Japan and many more.

During their upcoming Kilbourn Hall recital, the quartet will perform Abrahamsen’s String Quartet No. 1, “10 Preludes,” and String Quartet No. 4; John Cage’s Quartet in Four Parts; and “Buttonwood,”  a work written for them by fellow Eastman graduate Gregory Spears BM ’99, who will also be in Rochester and at the recital.

The members of JACK Quartet met as students at Eastman, where they were involved with the student-run new music ensemble Ossia. During their upcoming residency at the School, JACK quartet will hold an open rehearsal and will also meet with students.