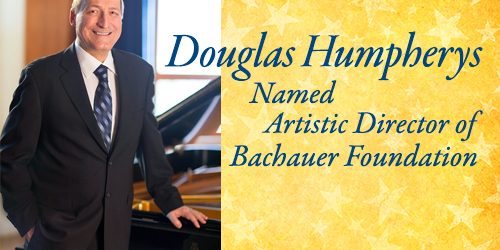 A frequent guest artist and soloist, Humpherys has concertized across Asia, presented solo concerts in such major European cities as Moscow, Berlin, and Dublin, and performed throughout the United States and Canada.

Humpherys has taught hundreds of master classes at major conservatories in China, Korea, Taiwan, Russia, and North and South America, and has been appointed to visiting residencies or professorships at the Middle School of the Central Conservatory in Beijing, Yonsei University in Seoul, and the University of Michigan. His students have won numerous competition awards including prizes at the Honens, Cleveland, Hilton Head, Osaka, and Pacific International Competitions, as well as two recent first-prize winners of the national MTNA/Steinway Young Artists Competition.

Humpherys succeeds Paul Pollei, the founder and artistic director of the Gina Bachauer International Piano Competition since its inception.