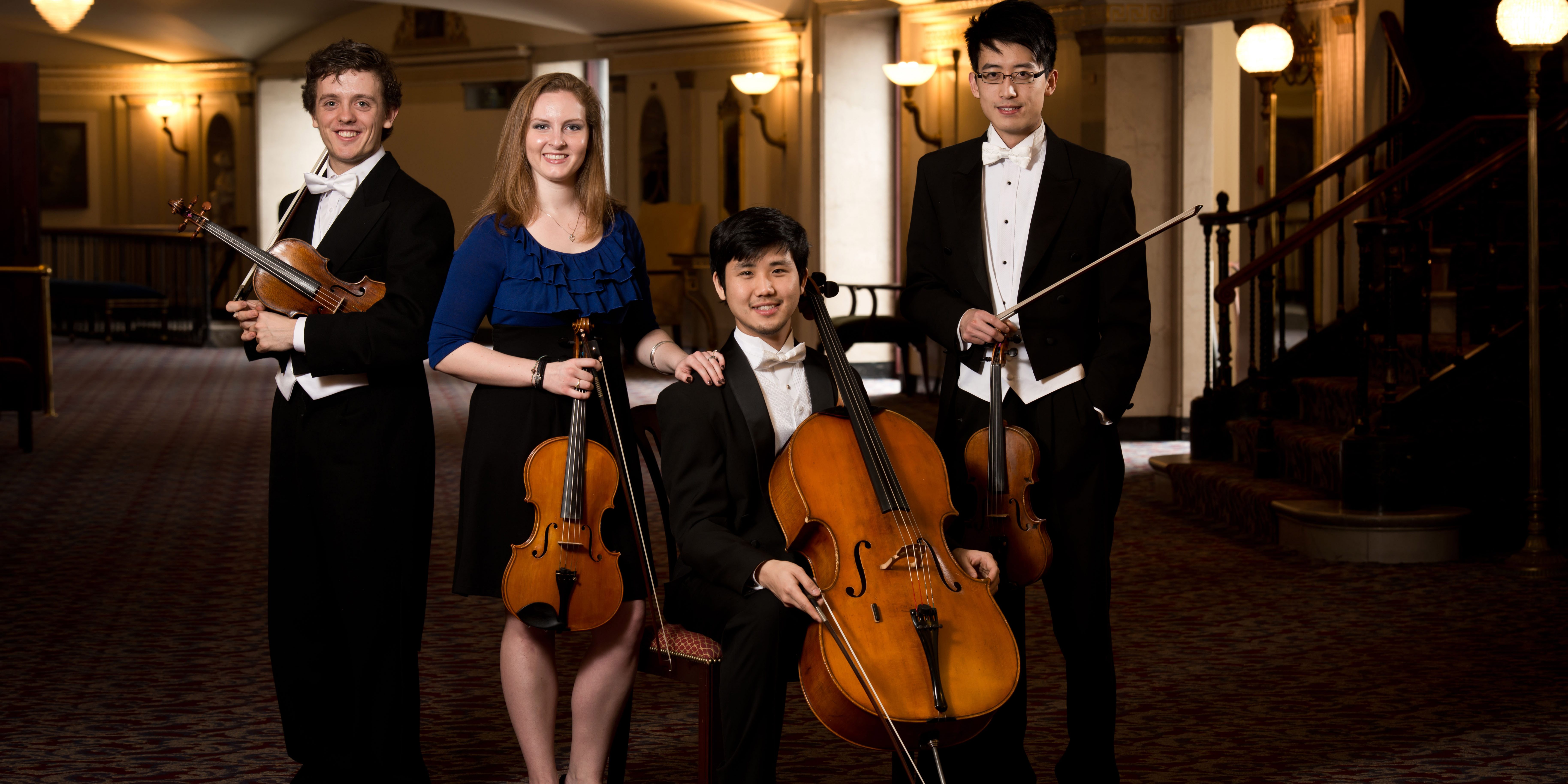 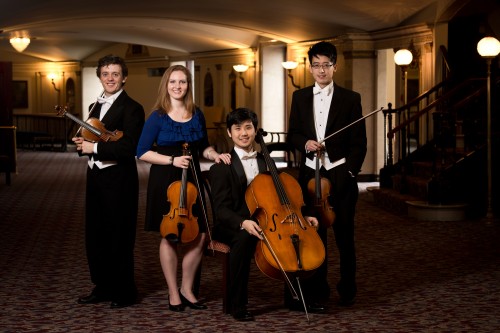 Four Eastman School of Music student musicians will become part of a historic event when they perform at the Presidential Inaugural Luncheon on Monday, Jan. 21.

Violinists Che Ho Lam and Markiyan Melnychenko, violist Kelsey Farr, and cellist Hyeok Kwon were selected after a School audition process to represent Eastman during inaugural activities at the invitation of U.S. Senator Charles Schumer, chairman of the 2013 Joint Congressional Committee on Inaugural Ceremonies (JCCIC). The JCCIC is responsible for planning and arranging Congressional ceremonies and hosting the luncheon, which is held in the U.S. Capitol immediately following the swearing-in ceremony and Inaugural address.

“We are honored to send a group of talented Eastman School of Music students to perform at this historic event,” said Douglas Lowry, the Joan and Martin Messinger Dean of the Eastman School. “This appearance underscores Eastman’s reputation as a music school of the highest caliber, whose alumni appear in renowned venues around the world.  Our distinguished alumna Renée Fleming performed during the last inauguration celebrations, and we’re thrilled that Eastman students are part of the 2013 inaugural events!”

Appearing as the Eastman String Quartet, the students will perform before a distinguished audience that includes President Barack Obama, Vice President Joseph Biden, former Presidents, Senators, Representatives, and Cabinet officials. The luncheon program features the theme of the Inauguration, which this year is “Faith in America’s Future,” and includes speeches, gift presentations from the JCCIC, and toasts to the new administration.

Members of the Eastman String Quartet learned of their selection to perform at the Inaugural luncheon at the end of October. The group is coached by Phillip Ying, chair of the School’s Chamber Music Department and violist of the Grammy Award-winning Ying Quartet, Eastman’s quartet-in-residence.

During the Inaugural luncheon, the Eastman String Quartet will play for approximately an hour from a balcony overlooking Statuary Hall, the site of the luncheon. Their program will spotlight work by fellow Eastman students, with arrangements of Copland’s “Hoedown” and the University of Rochester’s alma mater “The Genesee” by master’s degree students Reuben Allen and Michael Conrad, respectively. Additionally, the ensemble will perform Haydn’s Quartet in G Major; Mozart’s Quartet in C Major; the first and fourth movements of Dvorak’s “American Quartet”; Scott Joplin’s “Country Club Rag”; and “America the Beautiful.”

The students all acknowledged the huge honor of being selected to perform at the 2013 Inaugural activities, describing it as the opportunity of a lifetime. Farr noted she attended the Inauguration in 2009 and never expected to be part of the activities four years later. Lam recalled watching the 2009 Inauguration on television in his native Hong Kong, and said “it’s definitely a privilege” to be part of the current celebrations.

Farr is a second-year master’s degree student studying with George Taylor. She received her undergraduate degree at Eastman in 2011, and as a member of the Selden String Quartet, has performed before school audiences in Maryland, Washington, and Idaho. She began her studies in viola at the age of 8 in Eden Prairie, Minn., and played principal viola in the Minnesota Youth and Greater Twin Cities Youth Symphonies.

Lam, a senior in the studio of Charles Castleman, began studying the violin at age 6. At the age of 10, he toured Europe as a violin and voice soloist with the Hong Kong Yip’s Children Choir and Children’s Symphony Orchestra. He has appeared both as a soloist and chamber musician in many prestigious concert halls, including the National Center for the Performing Arts in Beijing, Rachmaninoff Hall at the Moscow Conservatory, and the Seoul Arts Centre.

Kwon was born in South Korea and is based in Houston, Tex. A senior studying with David Ying, he has won first prize in multiple competitions, including the Fort Bend Symphony, the Houston Civic Symphony, and the Houston Youth Symphony competitions. He has participated in such prestigious music festivals as the Sarasota Music Festival, New York String Orchestra Seminar, and the National Orchestra Summer Institute.

Melnychenko was born in Ukraine and grew up in Australia, where he began his violin studies at the age of 7 and was accepted into the Sydney Youth Orchestra at age 8. He has toured the southern Pacific as a member of the Huntingtower String Orchestra and has also performed with the Orchestra Victoria and the Melbourne Chamber Orchestra. A first-year master’s degree student in the studio of Oleh Krysa, Melnychenko received his undergraduate degree at Eastman.