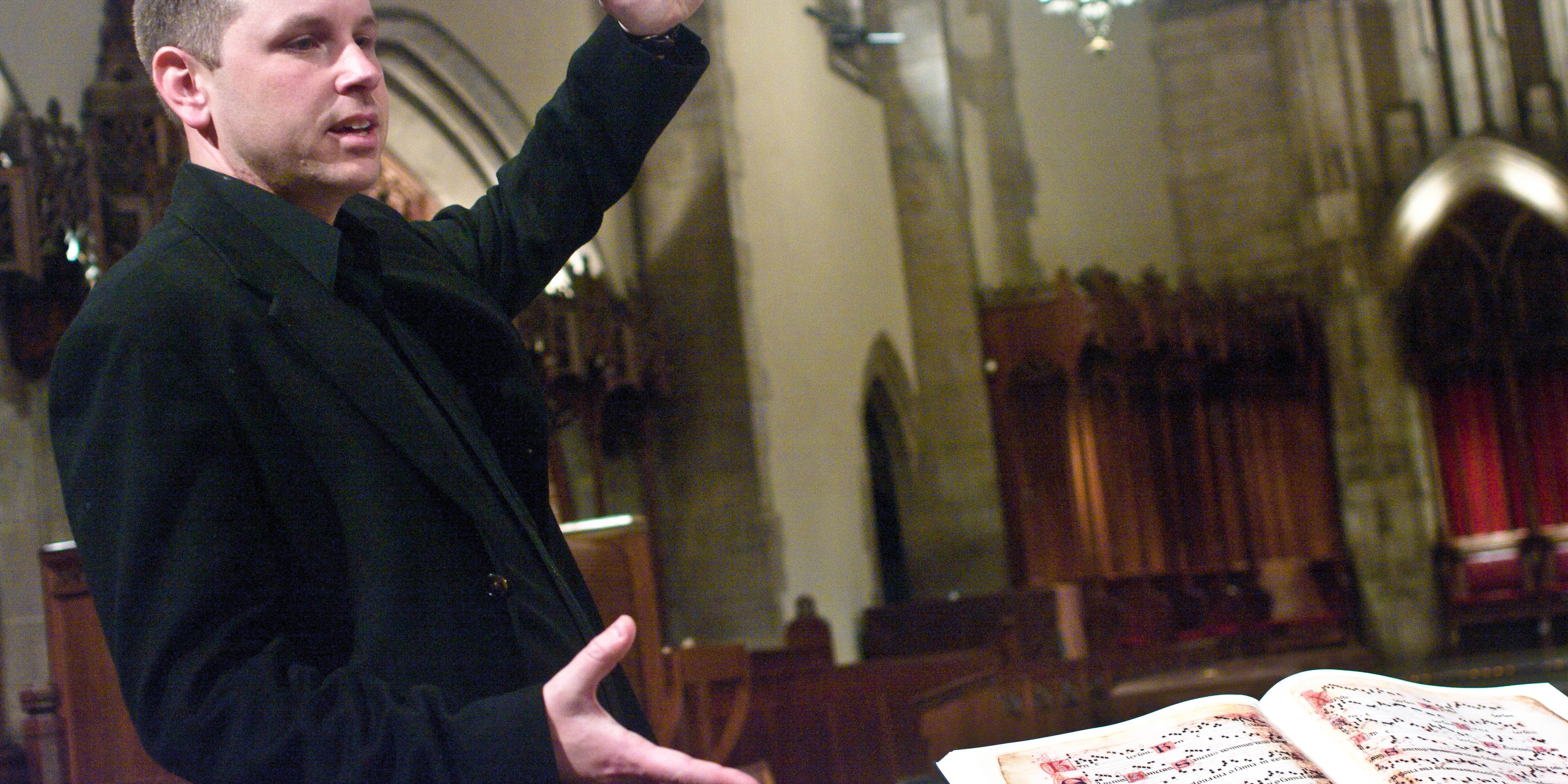 Michael Alan Anderson, Assistant Professor of Musicology at the Eastman School of Music, has been named a winner of both the ASCAP Deems Taylor Award and the American Musicological Society’s Noah Greenberg Award.

The Deems Taylor Awards are presented annually by the American Society of Composers, Authors, and Publishers (ASCAP) to authors and journalists for outstanding print, broadcast, and new media coverage of music. Anderson was recognized for his article “Fire, Foliage, and Fury: Vestiges of Midsummer Ritual in Motets for John the Baptist,” which was published in the journal Early Music History by Cambridge University Press. It is the first time that the award has been given for an article on the subject of early music.

In his award-winning article, Anderson illuminates references to pagan Midsummer traditions in medieval motets, which were choral pieces sung outside of church services, though often constructed from bits of Gregorian chant.  He uncovers veiled references to such summer solstice rituals as the lighting of bonfires and denouncing of authorities, suggesting a convergence between the secular and the sacred in these works.

The Noah Greenberg Award recognizes efforts between scholars and performers to foster outstanding contributions to historical performing practices. Teaming up with University of Oregon music historian Lori Kruckenberg, Anderson and the Chicago-based vocal ensemble Schola Antiqua received the award for “Sounding the Neumatized Sequence,” in which the ensemble will record and archive a set of special liturgical sequences that feature melodies both with and without text (called “neumatized” sequences). Anderson is co-founder and artistic director of Schola Antiqua, which specializes in music before the year 1600.

Anderson, who joined the Eastman faculty in 2008, specializes in sacred music of the Middle Ages and Renaissance periods. In addition to Early Music History, he has published articles in the journals Early Music, Plainsong and Medieval Music, and Studi musicali. He serves on the editorial boards for American Choral Review, the semiannual journal of the organization Chorus America, and for the W.W. Norton textbooks The History of Western Music, 9th edition (ed. Burkholder) and Concise History of Western Music, 5th edition (ed. Hanning).