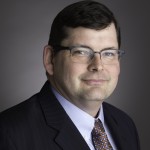 Keith Elder, an attorney and former arts administrator with major orchestras, has been named Director of Concert Activities for the Eastman School of Music of the University of Rochester. In addition to providing leadership to the concert office staff, he will advise the Dean on the School’s concert series, manage all aspects of the School’s performance venues, and oversee the operations of the Eastman Theatre Box Office, Theatre Shop, and concessions.

After receiving his Bachelor of Science degree in music from Indiana University in 1993, Elder worked in various operations roles for Boston University School for the Arts and the Boston and Detroit Symphony Orchestras. A tubist, he also has performed as a freelance musician with various ensembles, including the Tanglewood Music Center Orchestra, Motor City Brass Band, Plymouth Philharmonic, and the New England Brass Band.

Elder received his Jurist Doctorate from New England School of Law in May 2006 and currently has a private legal practice in Kingston, Mass., where he is the President of the Plymouth Sunrise Rotary Club.

Elder served in several different concurrent roles with the Boston Symphony Orchestra between 1999 and 2008: production coordinator, operations manager for the Tanglewood Music Center, manager and producer of the Tanglewood Popular Artist Series, director of the Tanglewood Jazz Festival, and production and touring manager for the Boston Pops.  He brought in such popular performers and jazz artists as James Taylor, the Beach Boys, Anne Murray, Tony Bennett, Diana Krall, Dave Brubeck, and Harry Connick Jr. He managed production aspects for the orchestras’ involvement in such major events as the 1999 Ryder Cup opening and closing ceremonies and the XXXVI Super Bowl pre-game show, as well as the Holiday and Spring Pops concerts and television tapings. He also managed several departmental and program budgets and worked on guest artist and venue negotiations.

Previously, Elder was  manager of production and performance at Boston University for four years beginning in 1995, where he supervised several departments, served as orchestra manager for school’s Tanglewood Institute Orchestra, and managed the instrumental ensemble program.

“I am very excited about coming to Eastman, working with the students, faculty, and staff, and being part of the greater Rochester community,” said Elder. He will be joining the Eastman School of Music on Dec. 3.