Soprano Emily Helenbrook Featured on National Series ‘From the Top’ 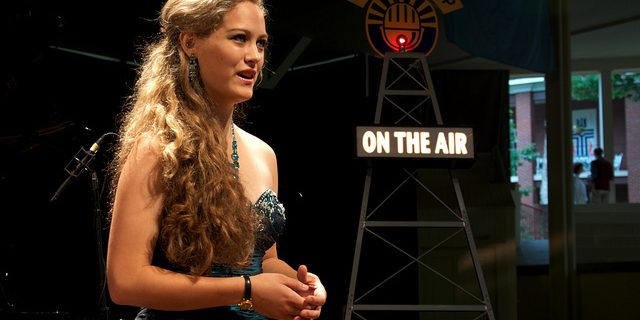 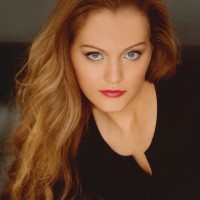 Emily Helenbrook, a freshman at the University of Rochester’s Eastman School of Music, will be heard singing on the national public radio series From the Top this Sunday, Oct. 28, airing at 5 p.m. on local station WXXI Classical 91.5/FM-HD91.5-1.

An 18-year-old soprano from Alexander, N.Y., Helenbrook performs the aria “O luce di quest’anima” from Donizetti’s opera Linda di Chamonix, accompanied by the show’s host, pianist Christopher O’Riley. The segment was recorded live on July 20 this year in front of a sold-out audience at the Chautauqua Institute Amphitheatre and will be featured on a program with other gifted young classical music performers from across the United States.

Helenbrook started singing at the age of 7 and studied with her aunt, Adrienne Tworek-Gryta, a professor of voice at Villa Maria College. She gave her first public performance at that age, singing “Over the Rainbow” while accompanied on the piano by her twin brother, Eric.

At age 11, Helenbrook enter the Eastman Community Music School, where she studied voice with Patricia Alexander, piano with Howard Spindler, and music theory with Margaret Henry. She graduated from the community music school this past spring with an Advanced Honors Diploma in Voice.

Helenbrook credits her late grandfather Mathew Tworek, a much-admired violinist and former associate concertmaster for the Buffalo Philharmonic Orchestra, as her inspiration.

“Together, we put in countless hours at the piano, and he taught me the importance of understanding the music through music theory, musical interpretation, and the fundamentals of the piano,” she said. “We performed together frequently, and I learned so much about how to be a true musical interpreter and how important it is to, most of all, love what you do.”

Helenbrook is a dual degree student, pursuing a Bachelor of Music in vocal performance with Professor of Voice Carol Webber, and a Bachelor of Arts in business with a concentration on pre-law. Her upcoming appearances include the annual Viva Vivaldi concert series with Ars Nova on Nov. 11 in Buffalo and the Classical Christmas Concert Series with the Buffalo Philharmonic on Dec. 7 and 8, for which she is the featured soloist.

Helenbrook was salutatorian when she graduated in June from Alexander High School, where she was class president for all four years, served as lead attorney on the Mock Trial team, played varsity tennis, and was a member of the Snowboarding Club. She also plays flute and is an outdoorswoman, enjoying hiking, fishing, and kayaking. As a nature photographer, she earned two “People’s Choice” awards in the “Diversity Through the Lens” national juried show.