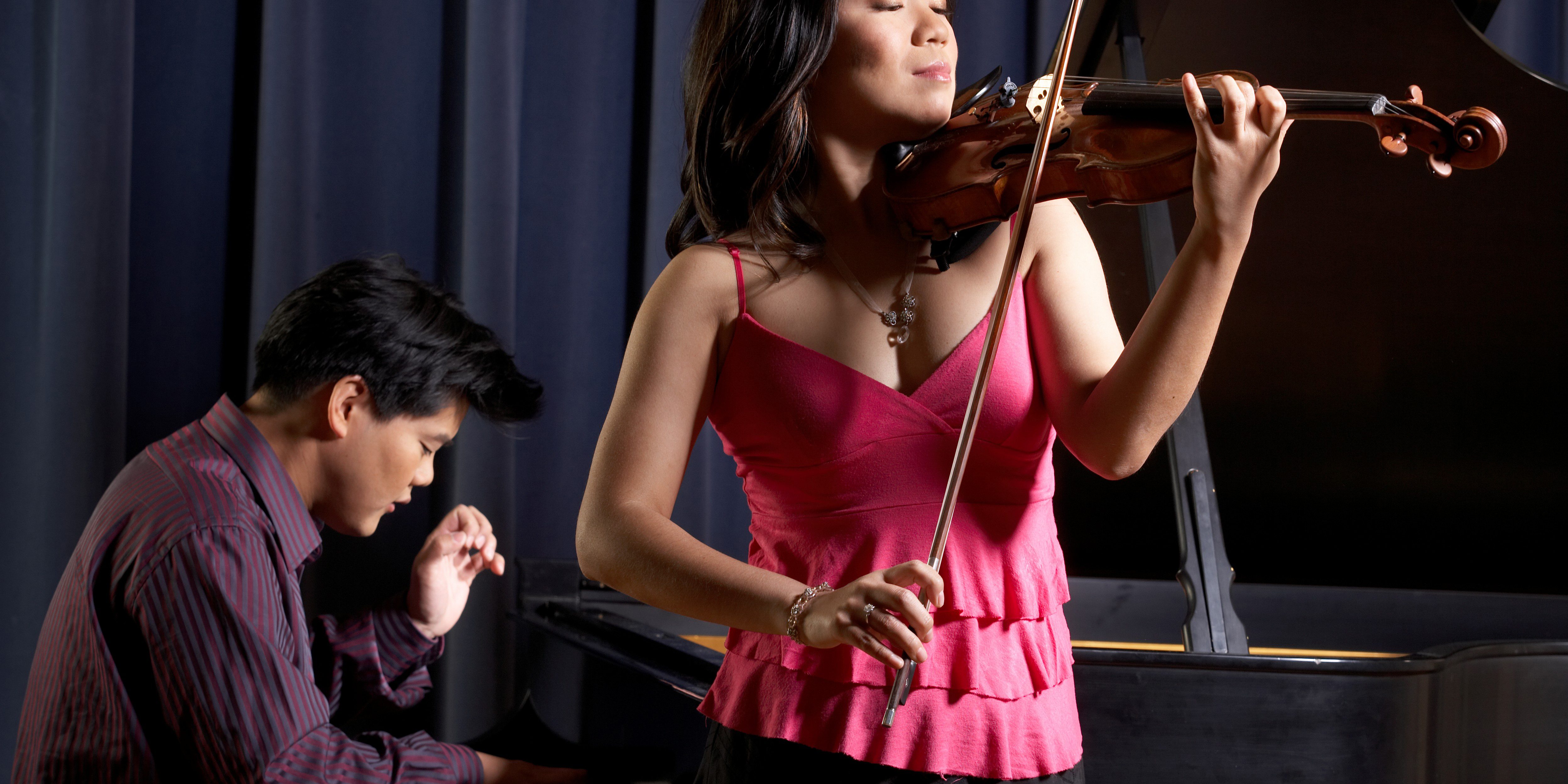 Duo Diorama, composed of violinist MingHuan Xu and pianist Winston Choi, will give the Rochester premiere of Robert Morris’s new work   . . . gradually . . . during a concert at 8 p.m. Thursday, Nov. 1, in the Eastman School of Music’s Hatch Recital Hall. The recital is free and open to the public.

Xu and Choi maintain active performing and touring schedules both as soloists and as Duo Diorama. They perform an eclectic mix of musical styles, ranging from the great standard works to the avant-garde.

The duo’s appearances throughout North and South America and Europe have drawn critical and audience acclaim. They were the inaugural recipients of the Bannff Centre’s Rolston Fellowship in Music and, as winners of the Artists International Presentations’ “Special Chamber Music Award,” gave their successful New York debut at Weill Recital Hall at Carnegie Hall.

As champions of the music of living composers, Duo Dioarama has commissioned and premiered more 20 works in the last few years.  Their many projects include performing multi-disciplinary works involving electronic media.

. . . gradually . . . was composed for the duo in spring 2010 by Morris, who is professor of composition at the Eastman School. The piece offers ever-changing moods and progressions and contrasts in interactions ranging from agreement to conflict, from tender at the beginning to fierce near the end. One instrument may dominate the other, or both may play more equally, either together or in opposition. The work is in 16 sections, which often flow gradually into each other.

While at the Eastman School, Duo Diorama will talk about commissioning music and offer insights and suggestions to composers writing for violin and piano. Their symposium, in Hatch Recital Hall, is from 3:30 to 5 p.m. on Thursday, Nov. 1, and is open to the public.

Xu was winner of the Beijing Young Artists Competition. She performs extensively in recital and with orchestras in China and North America and is also a highly sought-after chamber musician, having collaborated with the St. Petersburg Quartet, Colin Carr, Eugene Drucker, Ilya Kaler, and Ani Kavafian. Xu is currently on faculty at Loyola University Chicago.

Choi was Laureate of the 2003 Honens International Piano Competition and winner of France’s 2002 Concours International de Piano 20e siècle d’Orléans.  He regularly performs in recital and with orchestras throughout North America and Europe.  He is assistant professor and Head of Piano at the Chicago College of Performing Arts at Roosevelt University.