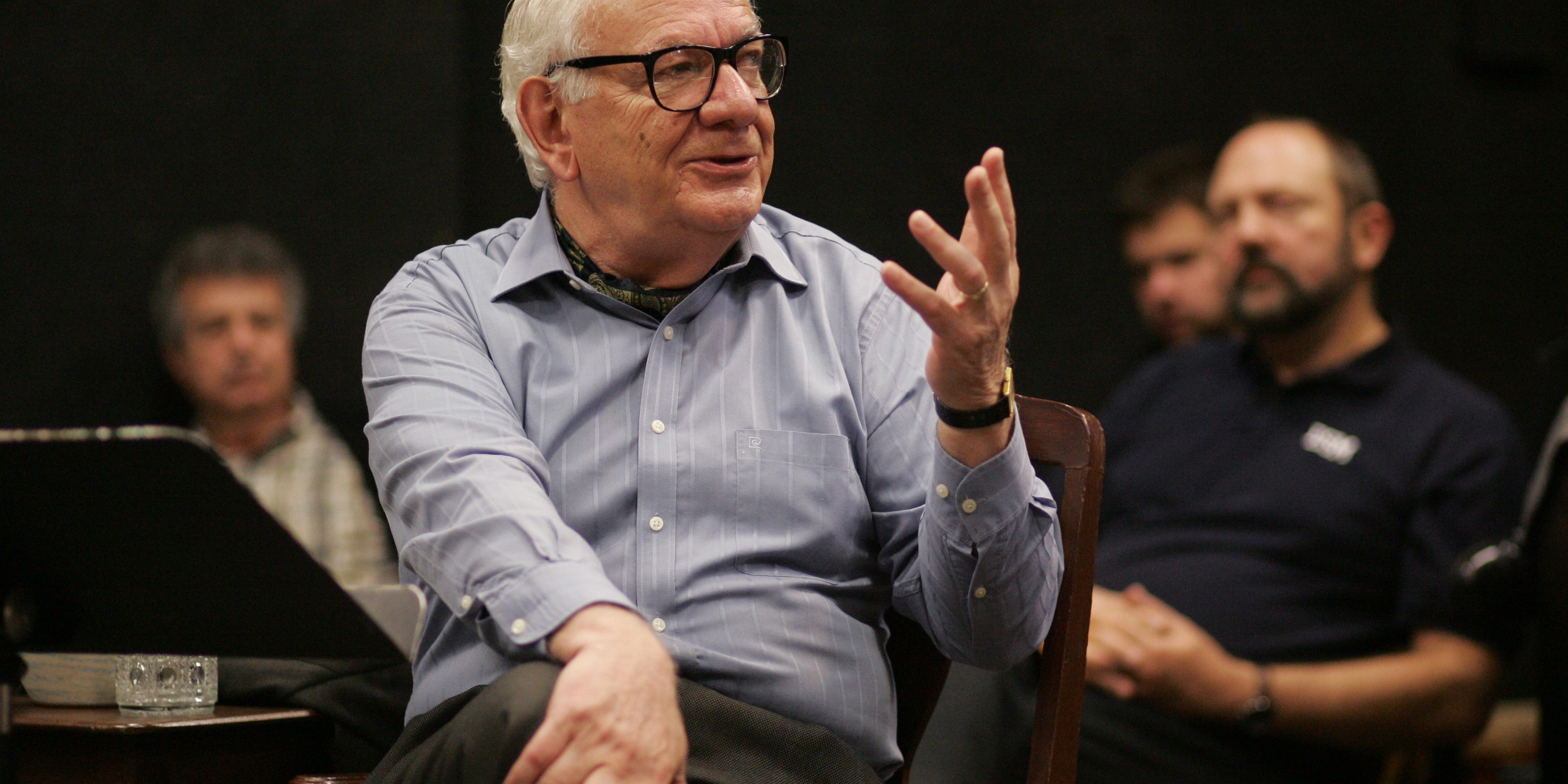 Pulitzer Prize-winning composer Dominick Argento, who will be celebrating his 85th birthday on October 27, has made a commitment through a charitable remainder trust which will endow a professorship at the University of Rochester’s Eastman School of Music at $1.5 million.

In honor of Argento, who received his Ph.D. in composition at Eastman in 1958, the endowed position will be named the Dominick J. Argento Professor.

“Dominick Argento is one of Eastman’s most illustrious and admired graduates. We are in awe of his artistic achievements, and grateful for his exceptional generosity and commitment,” said Douglas Lowry, the Joan and Martin Messinger Dean of the Eastman School of Music. “His gift will support and enhance the work of our outstanding faculty in presenting new musical ideas, as well as adventuresome ventures in music teaching and performance.” Considered one of America’s pre-eminent composers of lyric opera, Argento has compiled a diverse oeuvre that also consists of major song cycles, orchestral works, and choral pieces for small and large ensembles, with commissions from singers and ensembles across the United States and Europe.

“In addition to providing me with an extraordinary musical education, Eastman changed my life in much more significant ways. More than just imparting to me particular compositional techniques, what I acquired from the School was a sense of confidence, instilled by Howard Hanson, Bernard Rogers and Alan Hovhaness. I was made a teaching fellow, and even that was character building work. Eastman changed my life,” said Argento

Argento’s operas include The Boor (1957), written while he was at Eastman; Postcards from Morocco (1971); The Voyage of Edgar Allan Poe (1976); Miss Havisham’s Wedding Night (1981); The Dream of Valentino (1994); and The Aspern Papers (1988), which was telecast on the PBS series Great Performances. The Dallas Opera, which premiered the work, will be staging a new production of The Aspern Papers in April, 2013.

Among Argento’s many song cycles, From the Diary of Virginia Woolf received the Pulitzer Prize for Music in 1975 and Casa Guidi won a Grammy Award in 2004 for Best Classical Contemporary Composition. Other works in the form include Letters from Composers (1968); To Be Sung Upon the Water (1973); The Andree Expedition (1983); A Few Words About Chekhov (1996); Walden Pond (1996); and Miss Manners on Music (1998).

Argento’s symphonic works — which include Variations for Orchestra [The Mast of Night] (1965), commissioned by the Civic Orchestra of Minneapolis, and Royal Invitation (1964), commissioned by the Saint Paul Chamber Orchestra —  have been performed by many of America’s leading orchestras, including the New York Philharmonic, the St. Louis Symphony, and the Baltimore Symphony.

Argento was elected to the American Academy of Arts and Letters in 1979 and received the George Peabody Medal in 1993. His other honors include Fulbright and Guggenheim Fellowships, the OPERA America Award for Achievement, Chorus America’s Founder’s Award, and several honorary doctorates.