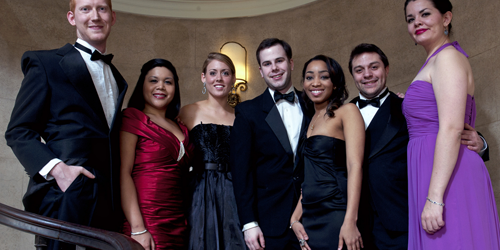 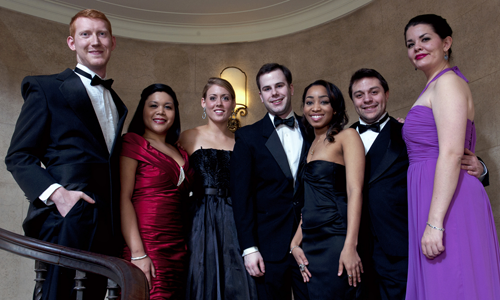 The Eastman School of Music will present Voice of Eastman, a program featuring seven students from the Voice and Opera Department, as part of the prestigious Conservatory Project at the John F. Kennedy Center for the Performing Arts.

The program will include a wide-range of song, from opera and lieder to spirituals and musical theater. Favorite opera scenes from The Bartered Bride, Cosìfan tutte, Il Barbiere di Siviglia, Der Rosenkavalier, and The Pearl Fishers will highlight the program as well as musical theater selections by Jason Robert Brown and Jerome Kern.

Eastman Opera Theatre presents three staged performances a year including works from Handel and Mozart to Britten and Sondheim. Eastman’s Voice and Opera Department also presents Opera Scenes Programs twice each year as well as student performances of song and concerts by the Eastman Chorale.

The Eastman School was one of eight founding participants of the Kennedy Center Conservatory Project when it was launched in 2004, and student musicians have represented the school in front of Washington, D.C., audiences every year since then. The semi-annual event presents talented artists in classical music, jazz, musical theater, and opera from the nation’s leading conservatories and music schools.