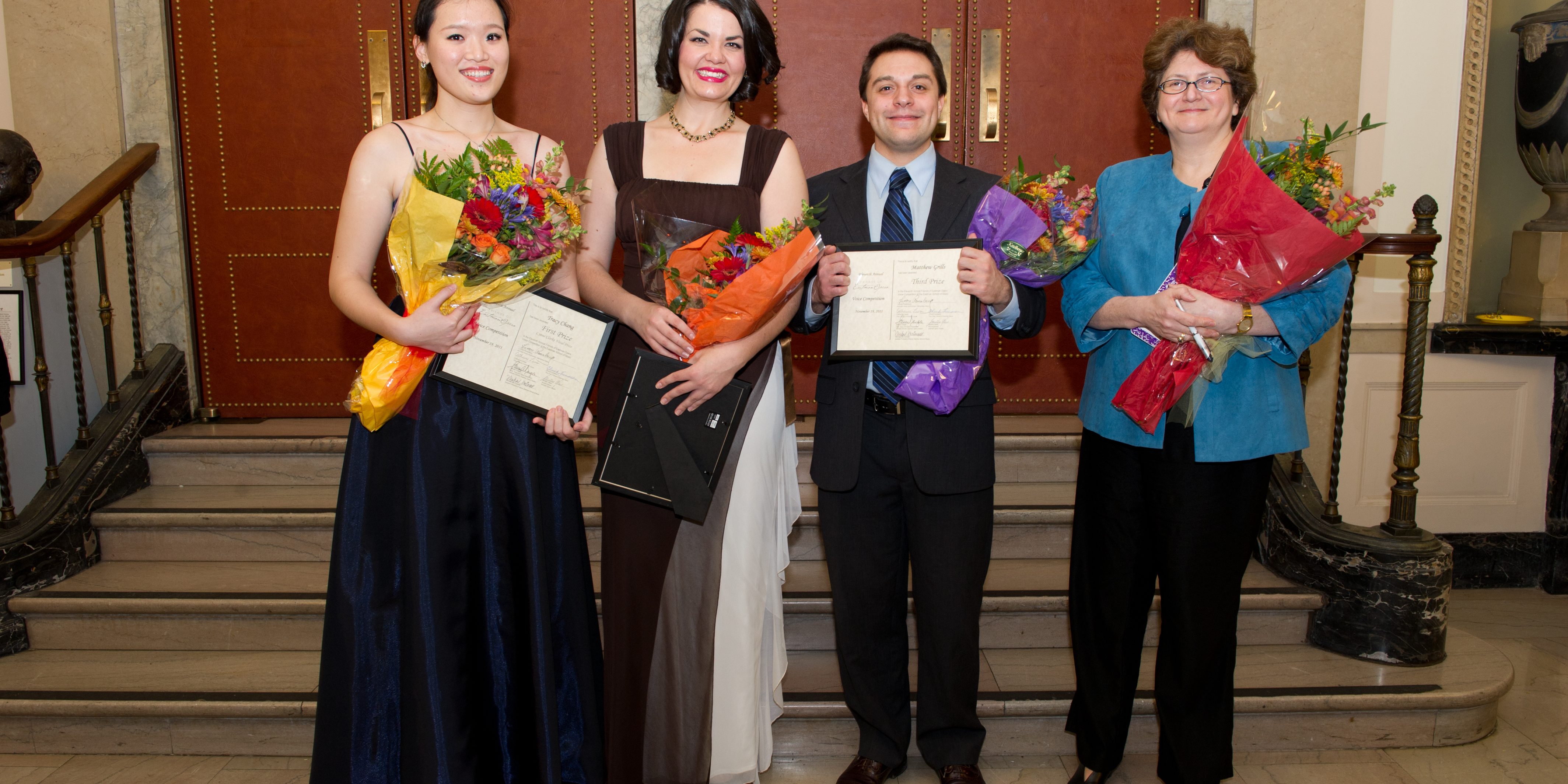 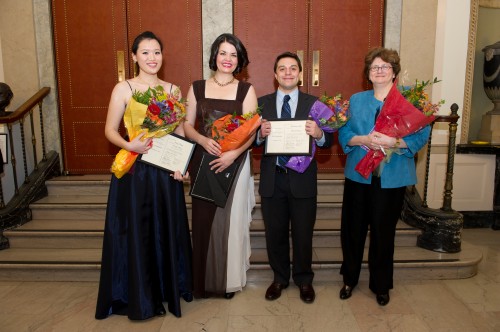 Chang, a soprano, was awarded first place in this year’s event. She received the Lynne Clarke Vocal Prize in the amount of $1,500, donated by John Clarke in honor of his late wife, a founding member of the Friends of Eastman Opera. A first year master’s degree student at Eastman, Chang was born in Taiwan and was named a prepared member by the Vocal Artist Association of the Republic of China. For the competition, she performed “Ah, mio cor” from Handel’s Alcina; “Je dis que rien ne m’épouvante” from Bizet’s Carmen; and “Ah! Je veux vivre” from Gounod’s Romeo et Juliette.

Smith, a soprano and second year master’s degree student, was awarded the second prize of $1,000. This year the prize was dedicated in memory of Annabel Muenter, a long-time member of the Friends of Eastman Opera who chaired the competition for many years. Smith is the recipient of Eastman School’s Renée Fleming Award. She recently performed Stephen Albert’s Flower of the Mountain with the Eastman School Symphony Orchestra. Her performance credits include Lauretta in Gianni Schicchi, Fiordiligi in Cosi fan tutte, Second Lady in The Magic Flute, and Laetitia in The Old Maid and the Thief.

The third place prize of $750 went to Grills, a tenor and second year master’s degree student. Grills was the winner of Eastman’s 2011 Jessie Kneisel Lieder Competition. His performance credits include Prunier in La Rondine, Prince Charming in Massenet’s Cendrillon (sung in English), the Prologue from Britten’s Turn of the Screw, and Ferrando in Così fan tutte at the Seagle Music Colony (2011). In the summer of 2012, Matthew will be a young artist of the Santa Fe Opera Apprentice Program.

The adjudicator for the finals was Lenore Rosenberg, associate artistic administrator of the Metropolitan Opera and  the former director of the Met’s Lindemann Young Artist Development Program. Among the international juries on which she has served are the Cardiff Singer of the World Competition, the Belvedere Competition in Vienna, the Francisco Viñas Competition in Barcelona, the Montserrat Caballe Competition in Andorra, the Renata Tebaldi Competition in San Marino, the Ottavio Ziino Competition in Rome, the Luciano Pavarotti Competition in Modena, Italy, and both the Rimsky-Korsakov and Elena Obraztsova Competitions in St. Petersburg, Russia.