Verne Reynolds, Professor Emeritus of Horn at the Eastman School of Music, died on June 28. A distinguished performer, composer, and teacher, Professor Reynolds was 84.

Professor Reynolds was a member of several orchestras and ensembles, served on the faculty of several top music schools, and published more than 60 musical works. Many of his students went on to play in orchestras around the world and teach in major universities. Among hornists, he is celebrated for his technically challenging “48 Etudes” and for his text and course of study The Horn Handbook.  In 1994, he was named an Honorary Member of the International Horn Society for his contributions at the international level to the art of horn playing.

“The music world and the Eastman School have lost an iconic figure in the profession,” said Peter Kurau, Professor of Horn at Eastman. “As an honorary member of the International Horn Society, he was awarded a distinction reserved for the most legendary figures in the profession. His superlative contributions and his peerless standard of excellence built a legacy that is profound and eternal, and we are all the richer for his work.”

Born on July 18, 1926, in Lyons, Kansas, Professor Reynolds began his musical studies on the piano at age eight and on the horn at age 13. While serving in the Navy right after high school, he played piano in a dance band and horn in a military band. Entering the Cincinnati Conservatory in 1946, he continued his instrumental studies while majoring in composition. He also performed as a member of the Cincinnati Symphony from 1947 to 1950, and taught in the Conservatory for a year.

After receiving his degree, Professor Reynolds went on to earn his master’s and teach at the University of Wisconsin.  He received a year-long Fulbright Grant to study at the Royal College of Music in London. Returning to the United States in 1954, he joined the faculty of Indiana University.  In 1959, he came to the Eastman School, where he taught until his retirement in 1995.

“Mr. Reynolds – as we affectionately called him — was not only my horn professor, but a mentor in every way, and also a very dear friend,” said Janine Gaboury, Associate Professor of Horn at the Michigan State University College of Music and Principal Horn of the Lansing Symphony Orchestra. “He not only passed on his gift of music and horn playing, but even more importantly he taught me to truly see what I was capable of accomplishing. His incredible intellect, combined with his musical artistry, was formidable. After my years at Eastman I continued to communicate regularly with Mr. Reynolds. During the many months I spent planning and recording the CD of his music, Mr. Reynolds’ support and encouragement were constant. He was the most gracious person I have ever known.”

“He was a very demanding teacher and you never went into a lesson unprepared,” said Nicholas Smith, Professor of Horn at Wichita State University and Principal Horn of the Wichita Symphony Orchestra. “Tempos marked fast were to be played at the tempo, and his big strength as a teacher was the development of technical facility and solo style. He was a wonderful composer as well as a player, and I have always found his works to be so wonderfully constructed, and especially useful for recital situations. He always said you could write a seven-minute piece for horn that would completely wear you out, or you could write a 20-minute piece which would give the player adequate rest and still show the lyric and technical side of the instrument.”

As a composer, Professor Reynolds wrote for orchestra, chorus, solo performers, and chamber ensembles. His first published work, “Theme and Variations” for brass choir, won the 1950 Thor Johnson Brass Award. He received awards and commissions from a range of institutions and performers including the University of Wisconsin, Lawrence College, Louisville Orchestra, Cincinnati Symphony Orchestra, the Los Angeles Horn Club, and trumpet player and bandleader Doc Severinsen. Professor Reynolds won an ASCAP (American Society of Composer, Authors and Publishers) Award in 1979. As an arranger, he was particularly well known for his transcriptions of Renaissance Baroque music for brass quintet and horn choir.

Professor Reynolds was a founding member of the Eastman Brass, an ensemble of Eastman faculty who helped popularize the brass quintet through its concerts and recordings.  Established in 1964, the group toured extensively throughout North and Central America. In 1982, the five ensemble members – Professor Reynolds, Barbara Butler, Charles Geyer, John Marcellus, and Cherry Beauregard – were named Kilbourn Professors, the first time that more than one faculty member was granted the honor for the academic year.

In addition to the Cincinnati Symphony Orchestra and Eastman Brass, Professor Reynolds performed in the Rochester Philharmonic Orchestra, where he was principal horn from 1959 to 1968, and with the American Woodwind Quintet.

During the 1994 symposium of the International Horn Society, former students honored Reynolds with a performance of his works. In 1995, the Eastman Brass and Friends presented a tribute concert in his honor. Several Eastman alumni returned to Eastman in 2007 to present a special concert celebrating Professor Reynolds’s birthday.

“The brass world will miss him,” said Cherry Beauregard, who was Professor of Tuba and a member of the Eastman Brass. “He was one of the most intelligent men I’ve ever known, austere but with a sense of humor. He was a wonderful horn player and a fantastic composer.  He would write things that were extremely difficult but would stretch your technical ability.  He was demanding, but he always made himself do more than he demanded of everyone else.”

Professor Reynolds was predeceased by his wife Shirley; his parents Albert and Helen Reynolds; and his sister Kathleen Koons. He is survived by his brother Leo; his nephews Tom and John Reynolds; and his nieces Mary Reynolds Jose and Helen Koons Gragert.  Donations to a scholarship fund in memory of Professor Verne Reynolds may be sent to the Eastman School of Music, Office of Advancement, 26 Gibbs St., Rochester, NY 14604. 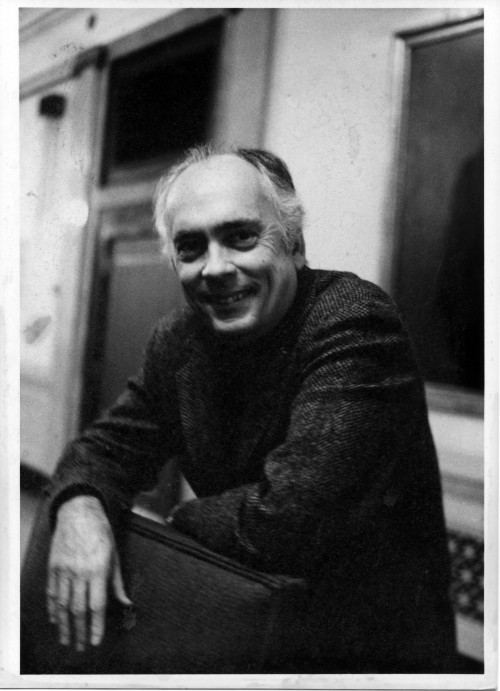