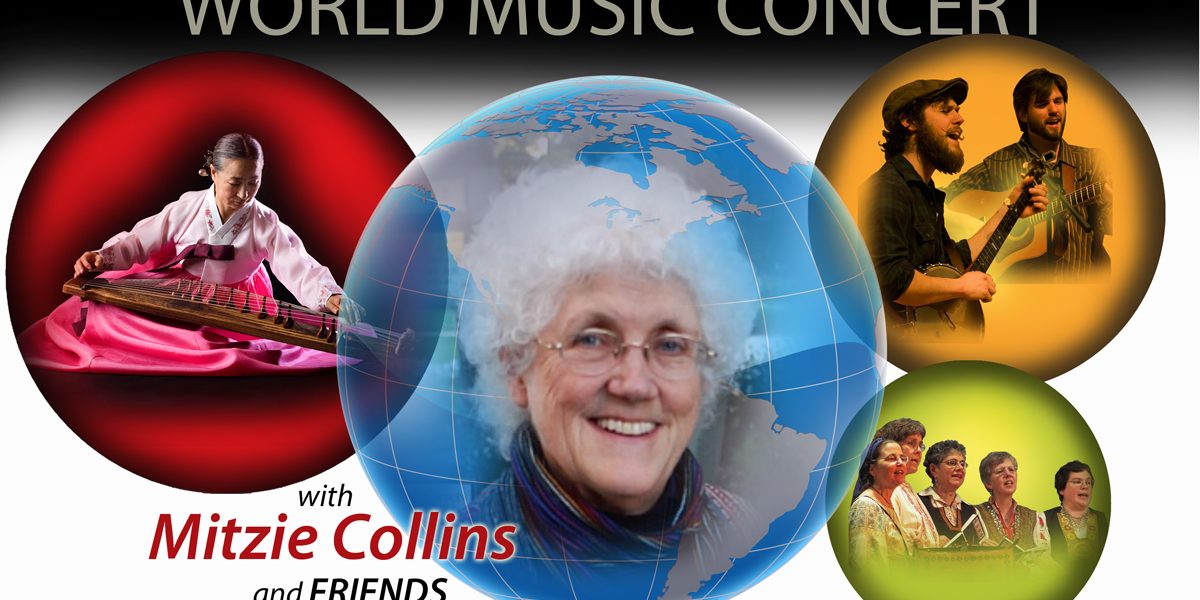 The 19th annual World Music Concert featuring Mitzie Collins and Friends will take audiences on a musical tour of Korea, the United States, and the Balkans. This year’s performance, at 7:30 p.m. on Saturday, July 16, in the Eastman School of Music’s Kilbourn Hall, features instrumental music and dances from Korea, American country tunes on banjo and guitar, and Bulgarian and Macedonian songs.

“We have very diverse offerings of music from different cultures that have one thing in common – compelling virtuosity,” said Collins, concert producer and a faculty member of the Eastman Community Music School. ”We are so pleased we can bring these remarkable musicians to the wider Rochester community.”

Young Hee, who has received her home country’s designation as a “National Human Treasure of Korean Traditional Music,” will perform on the stringed “gayagum.” She will be joined by a group of Korean dancers, singers, and instrumentalists who are visiting Rochester under the auspices of the Korean Traditional Music Association to present traditional Korean music at the Rochester Korean Adoptee Cultural Camp.

The Burning Boots, an American roots duo featuring Eastman School of Music graduates Geoff Saunders and Ben Proctor, will play American music ranging from old-time mountain traditions and early bluegrass to country music from the early days of radio. Proctor, who received his bachelor’s degree in 2009, plays banjo, guitar, and mandolin; Saunders received his master’s degree at Eastman in 2009 and plays banjo and bass. The two have performed together as well as with various other ensembles at such diverse venues as Water Street Music Hall, George Eastman House,  Brantling Bluegrass Festival, and Making American Music Series at the Strong Museum of Play.

The exquisite melodies, shimmering close harmonies, and driving rhythms performed by the Sladki Doumi Women’s Balkan Chorus will fill Kilbourn Hall as the group showcases an exciting repertoire of Bulgarian and Macedonian songs. The ensemble sings with an intensity and strength that has entranced Rochester audiences for more than 20 years.