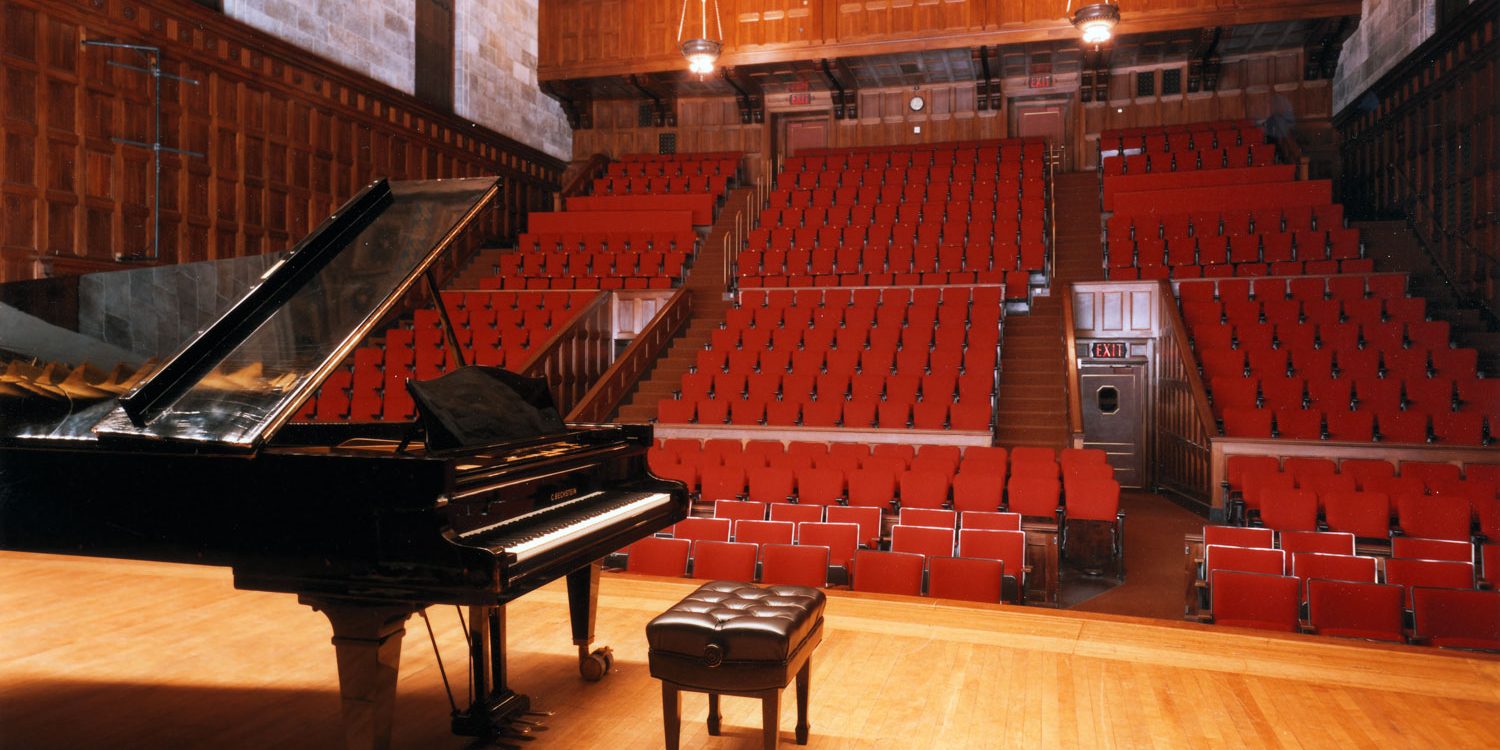 From concerts featuring jazz, percussion, classical guitar, harp, and choirs, World Music, and up-and-coming conductors leading the Rochester Philharmonic Orchestra, to recitals by guest artists, world-renowned faculty, and summer program participants, the 2011 summer line-up at the Eastman School of Music has something for everyone.

The summer concert season will kick off with a series of jazz recitals starting June 27 with the Dave Rivello Ensemble  and the Eastman Jazz Faculty Quartet on June 28. Jazz pianist Paul Hofmann will perform music of Herbie Hancock on June 29 on the heels of his jazz history course during the Xerox Rochester International Jazz Festival.

Audience members will have the opportunity to experience the next generation of talented conductors as participants from Eastman’s Summer Conducting Institute lead the Rochester Philharmonic Orchestra in Kodak Hall on July 21. Five finalists from the group of talented apprentice conductors will be selected for the event. Tickets are $15 for General Admission, $5 with U/R ID, and can be purchased at the Eastman Theatre Box Office.

The Fatum Brothers Jazz Orchestra brings new sounds and faces to the Eastman School summer line-up. The ensemble turns up the heat in Kilbourn Hall on July 21 with its exciting and fresh interpretations of big band masters and their original works. Led by Eastman undergraduate jazz saxophonist John Fatum and his brother Michael, a jazz trumpeter from the Juilliard School of Music, the big band features top college-aged jazz musicians who have left audiences and critics from Los Angeles to Chicago dancing and stomping for more.

Singers of all ages are invited to take part in Eastman’s annual “Summer Sing,” which will be held at 7:30 p.m. in Kilbourn Hall over four consecutive Tuesdays beginning July 5. Each program features great choral works led by conductor William Weinert, with scores provided at the door. Since the choral music reading program started in 1995, hundreds of singers have enjoyed performing with Eastman faculty and students and outstanding soloists from the Rochester community.

Italian Baroque Organ performances continue at the Memorial Art Gallery every Sunday at 1 p.m. and 3 p.m. The mini-recital series concerts are free with Gallery admission.

The summer season closes out on August 14 with a concert by the Gateways Festival Orchestra under the baton of Michael Morgan, conductor and music director of the Sacramento Philharmonic Orchestra. The biennial Gateways Music Festival is a classical music showcase for African-American musicians.

The full schedule of concerts is available at http://www.rochester.edu/Eastman/calendar/ . All are open to the public, and most are free. Tickets for concerts that require paid admission are available at the Eastman Theatre Box Office, 433 East Main St., hours: Monday through Saturday, 10 a.m. to 5 p.m. (non-concert Saturdays 10 a.m. to 3 p.m.); by phone: 585-454-2100; or online: www.esm.rochester.edu/concerts .