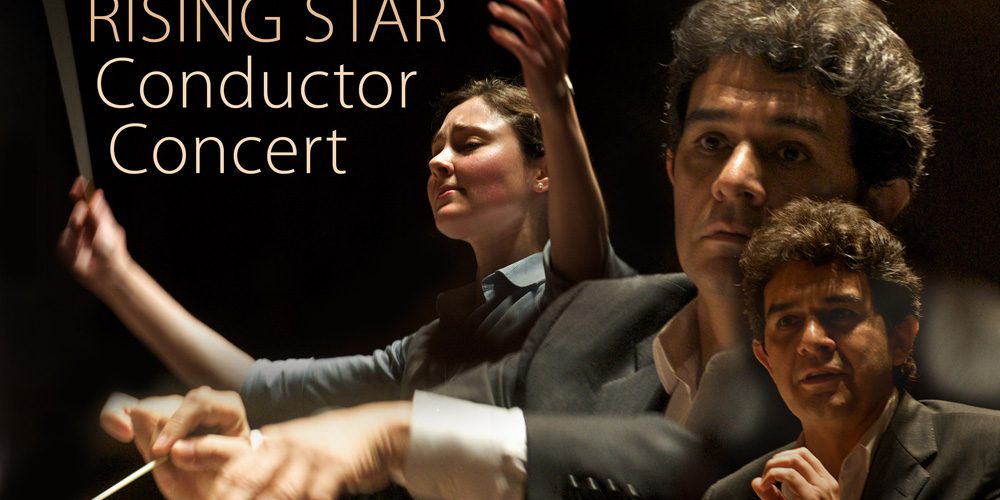 Local audiences will have the opportunity to see the next James Levine or Sarah Caldwell when several up-and-coming conductors take the baton in front of the Rochester Philharmonic Orchestra next month.

The rising orchestral leaders will be participants in Eastman School of Music’s Summer Conducting Institute, an intensive five-day program with sessions on topics like conducting technique, score presentation, opera conducting, community collaboration, making a successful guest appearance, and other artistic and career issues.

As part of the program, each young conductor will have the opportunity to rehearse Rochester Philharmonic Orchestra musicians, who will then select up to five conductors to lead them in a public performance on Thursday, July 21, at 7:30 p.m. in Kodak Hall at Eastman Theatre. Tickets range from $15 to $25 (discount with UR ID) and are available at the Eastman Theatre Box Office. Audience members will be given a questionnaire that invites them to share their comments and reactions to each of the conductors.

The Summer Conducting Institute was founded and has been directed by Neil Varon for the past six years. Prior to joining the Eastman School as professor of conducting in 2002, he held the position of principal conductor at the Deutsche Oper am Rhein Duesseldorf-Duisburg and General Music Director of the Musiktheater im Review in Gelsenkirchen. As a guest conductor, Varon has conducted at the New York City Opera, Hamburg State Opera, Stuttgart State Opera, and the Deutsche Staatsoper (Unter den Linden) Berlin. In 1991 and 1992, Varon led the Tokyo Philharmonic in a series of performances of The Magic Flute for the anniversary Mozart Festival in Tokyo.

The finalists who will conduct the Rochester Philharmonic Orchestra will be chosen from the 10 participants in the Summer Conducting Institute:

Participants in the conducting institute, which takes place July 16 through 21, were selected based on a video recorded audition. Varon and Rochester Philharmonic musicians will select, in consultation, which conductors will appear with the Orchestra in the July 21 public concert.

Conductors! The Next Generation