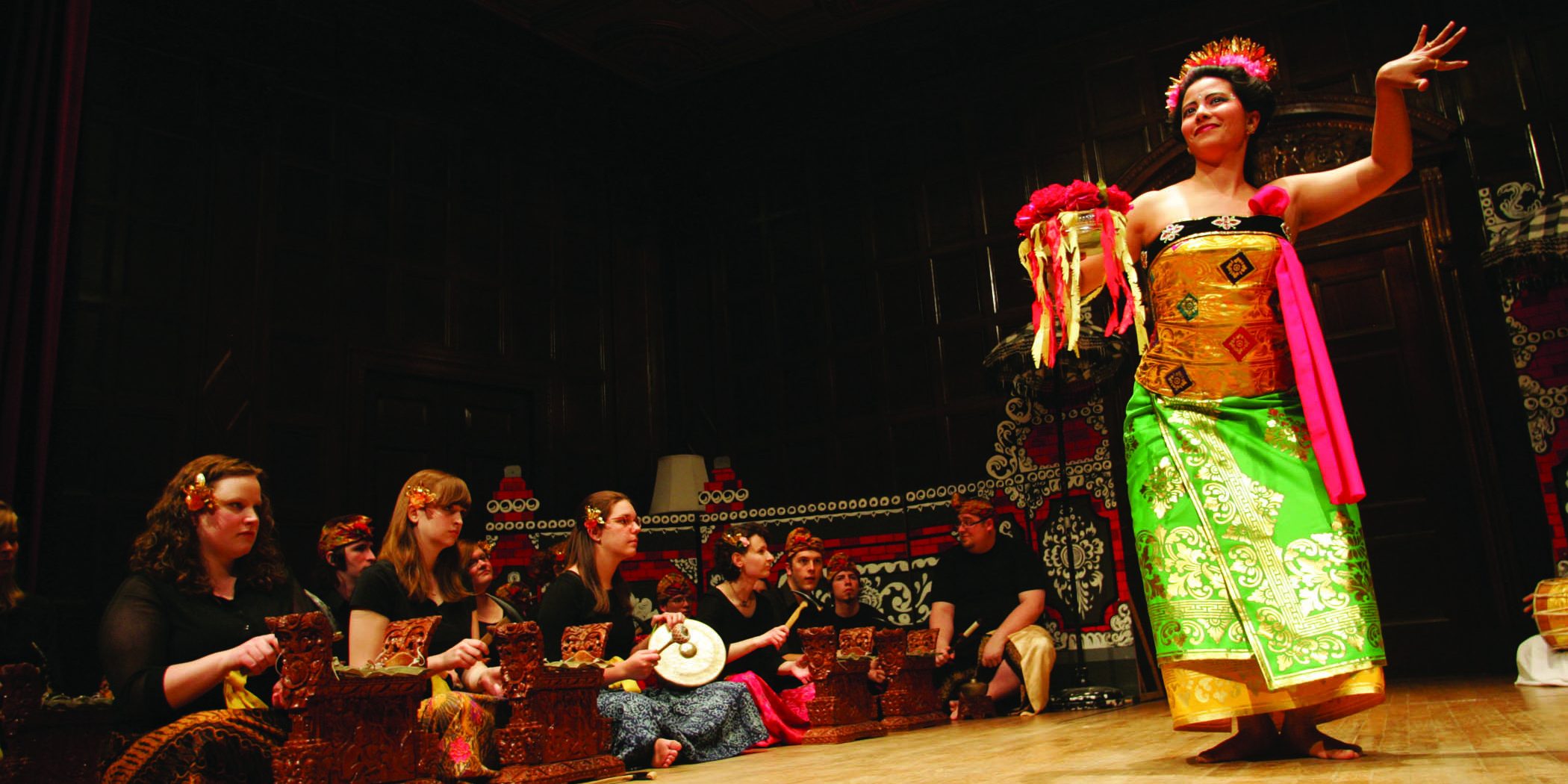 Translated as “orchestra of heavenly sound,” Gamelan Lila Muni is a percussion ensemble of metallophones, gongs, drums, and flutes that presents music and dance from the Indonesian island of Bali. The ensemble’s performance, at 8 p.m. Monday, April 25, in Kilbourn Hall, will conclude this year’s Eastman World Music Series Concerts.

The 27 members of the Gamelan Lila Muni ensemble include members of the Rochester community as well as students and faculty from Eastman School and the University of Rochester’s River Campus. The group is directed by Ellen Koskoff, Professor of Ethnomusicology, and Balinese and artistic director I Nyoman Suadin.

The concert will showcase two types of gamelan ensembles: Gamelan Gong Kebyar, and Gamelan Angklung. The Kebyar (“explosive”) ensemble, is the most popular kind of gamelan in present day Bali, and is used in both sacred and secular contexts. Gamelan Angklung, a smaller ensemble of four-key metallophones, is usually used for sacred purposes.

The Harley Community Gamelan Angklung Ensemble, under the direction of Eastman graduate students Jordan Hayes and Emeric Viani, is comprised of five students from the greater Rochester area in grades 5-12 and 12 adult members. Formed n November 2010 and in mid-March 2011 for the children’s group, this will be the group’s first performance.

Tickets to the Gamelan Lila Muni concert range from $10 to $20 (discounts with UR and student ID), and are available at the Rochester Philharmonic Box Office, 108 East Ave.; by phone (585) 454-2100; or online at esm.rochester.edu/concerts. More information about the gamelan ensembles is available by writing esmgamelan@gmail.com .