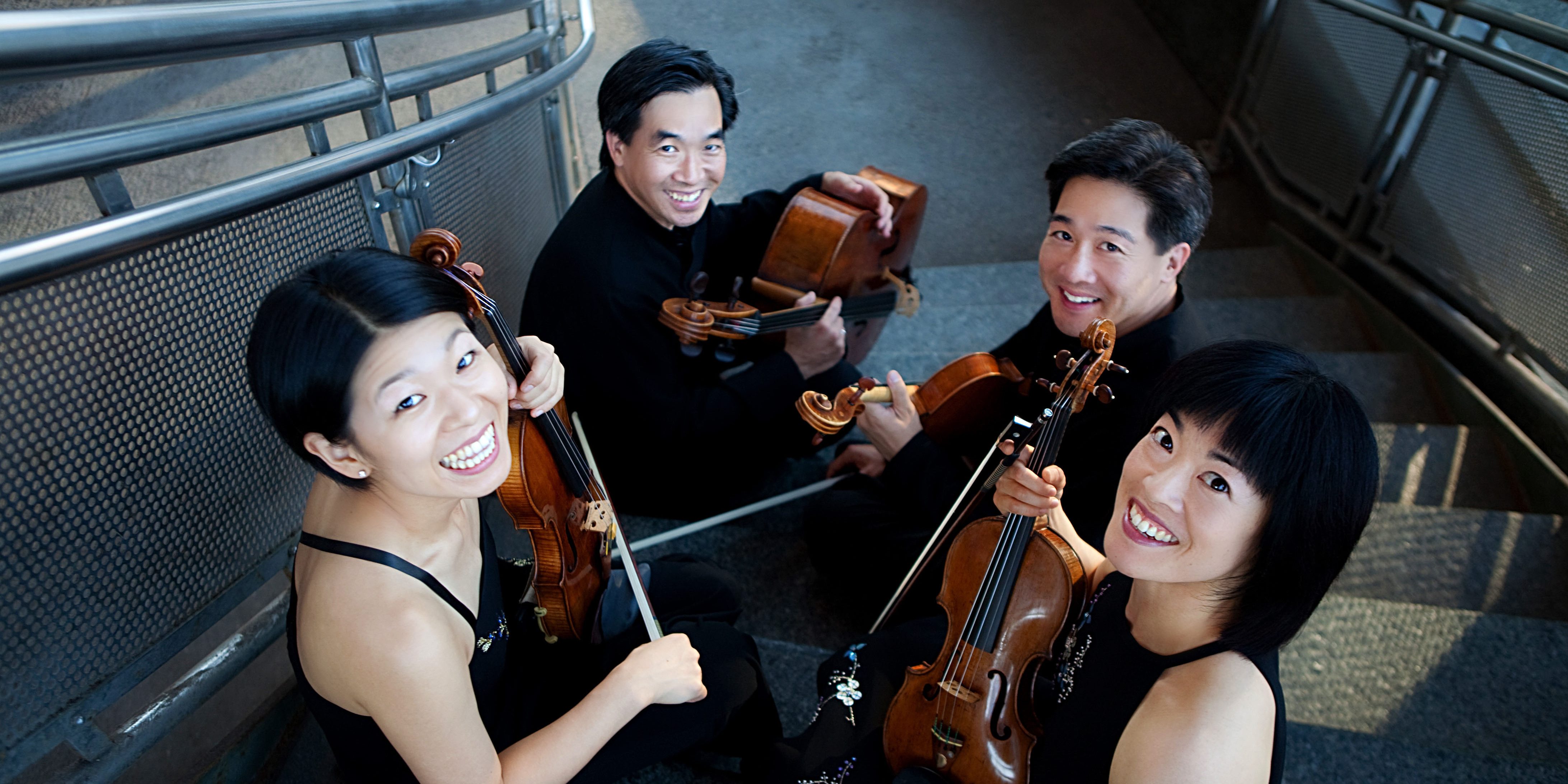 The original American genre of ragtime gets the spotlight from the Ying Quartet when the ensemble presents its annual LifeMusic concert as part of the Eastman-Ranlet Series on Sunday, Feb. 27, at 3 p.m. in Kilbourn Hall.

The recital will feature Three Rags for String Quartet by pianist and composer John Novacek, who’s embraced the genre both as performer and writer. His compositions include ragtime pieces for piano, and for piano and violin, and piano and guitar duo, as well as original works and arrangements that have been performed by the Pacific Symphony, Manasse/Nakamatsu Duo, The Three Tenors, Quattro Mani, Harrington String Quartet, Concertante, and The 5 Browns.

The LifeMusic commissioning project reflects the Ying Quartet’s commitment to expanding the rich string quartet repertoire by working with both established and emerging composers. Launched in 1999 by the ensemble and supported by the Institute for American Music, the commissioned works reflect contemporary American life. The Quartet has also documented the project in its recording The Ying Quartet play LifeMusic, released by Quartz, which was named an “Editor’s Choice” by Gramophone magazine and is the first in a continuing series.

Noted by the Los Angeles Times for “delivering chamber music of astonishing, refreshing exaltation and exhilaration,” the Ying Quartet occupies a position of unique prominence in the classical music world, combining brilliantly communicative performances with a fearlessly imaginative view of chamber music in today’s world. Composed of siblings Janet, violin, Phillip, viola, and David, cello, and Ayano Ninomiya, violin, the quartet has established itself as an ensemble of the highest musical qualifications in its tours in the world’s most important concert halls, including Carnegie Hall and Sydney Opera House, and in diverse settings such as the workplace, schools, juvenile prisons, and the White House.

As quartet-in-residence at the Eastman School of Music, the Ying Quartet teaches in the string department and leads a rigorous, sequentially designed chamber music program.

The remaining concert in this season’s Eastman-Ranlet Series features the Chiara String Quartet on Sunday, April 3.