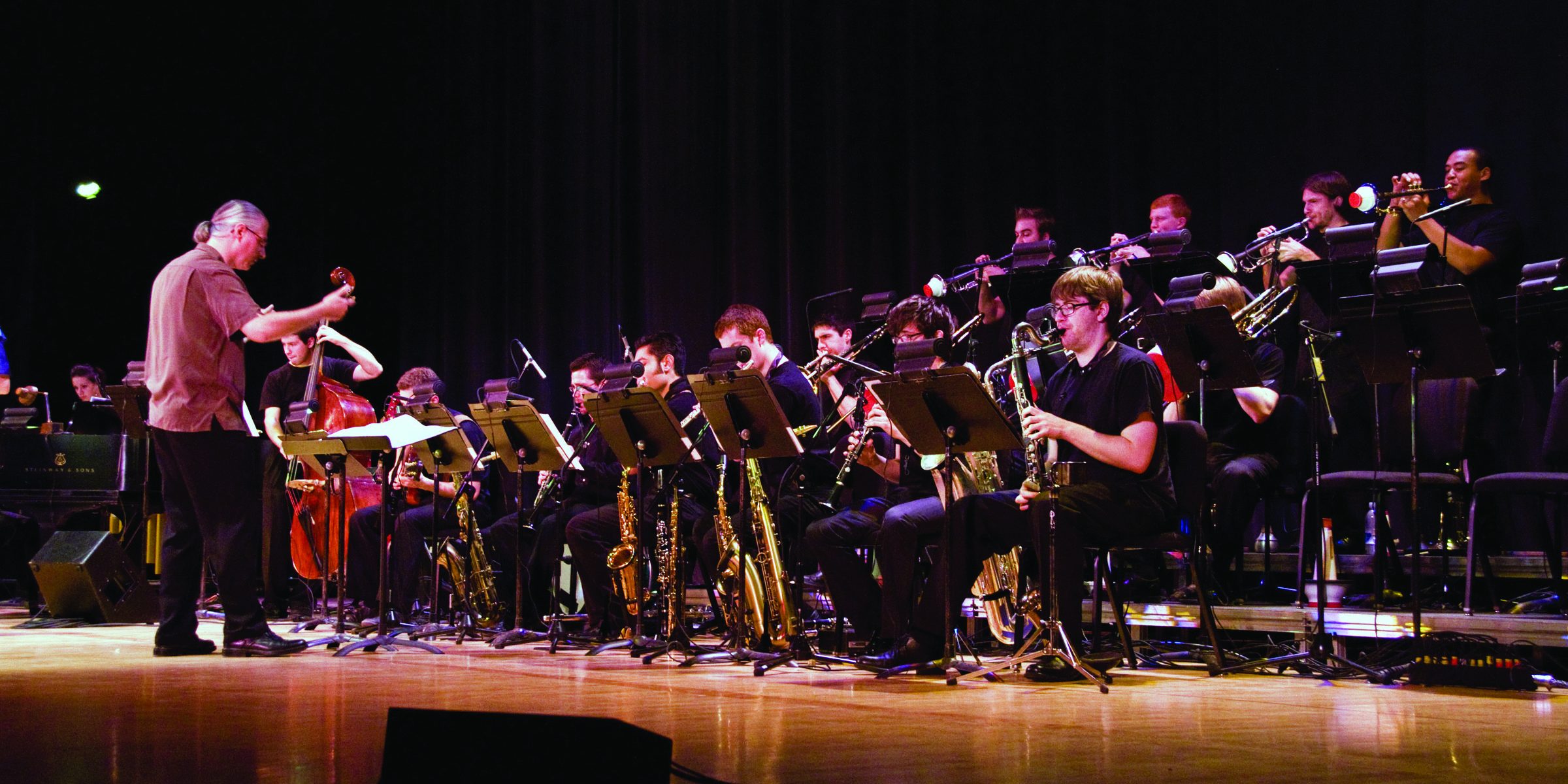 A new work by award-winning jazz artist Bob Brookmeyer will headline an upcoming concert by the Eastman School of Music’s New Jazz Ensemble.

Rochester audiences will be treated to the first public performance of Brookmeyer’s “Christmas Tree” at 8 p.m. Tuesday, March 1, in Kilbourn Hall. The work was commissioned by the NDR Big Band and was recorded in Germany this past December for radio broadcast.  Brookmeyer will conduct the New Jazz Ensemble in a program of his works.

Renowned as composer, conductor, trombonist and teacher, Brookmeyer has performed with jazz greats over a career spanning almost 60 years and two continents. Arriving in New York City in 1952, he played with Stan Getz, Woody Herman, Charles Mingus, and others. In 1954, Brookmeyer joined Gerry Mulligan, producing the “Paris Concerts” and beginning a partnership that lasted until Mulligan’s death in 1996. He composed for and performed with the Thad Jones-Mel Lewis Orchestra and served as musical director for the Mel Lewis Orchestra.

In 1981, Brookmeyer began to work extensively in Europe. He started a radical new school for improvised and composed music in Holland, wrote a commission for The 12 Cellists of the Berlin Philharmonic, and served as musical director of the Schleswig-Holstein Music Festival Big Band, which in turn became the beginnings of his New Art Orchestra. Brookmeyer taught many of today’s leading jazz composers, including Jim McNeely and Eastman alumna Maria Schneider.