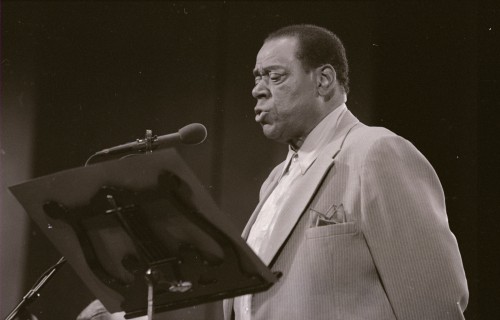 An annual concert that supports the William Warfield Scholarship Fund and continues the legacy of one of the great vocal artists of the 20th century will be held at 4 p.m. Sunday, Jan. 9, 2011, in the Eastman School of Music’s Kilbourn Hall.

The concert will feature this year’s scholarship recipient, bass-baritone Jamal Moore, a junior at the Eastman School of Music and a native of Augusta, Ga., where he performed with various ensembles and churches. In 2008, Moore held the title of State Champion for Boy’s Solo Region 3-AAA. At Eastman, he studies with Professor Jan Opalach and received the freshman jury award. Also performing in the William Warfield Scholarship Fund concert will be the Eastman Young Children’s Choir directed by former Warfield Scholarship recipient Jason Alexander Holmes; Thomas Warfield, founder of PeaceArt International and assistant professor at RIT/NTID, a nephew of William Warfield and President of the Warfield Scholarship Fund; and mime interpreter Karl Young.

The William Warfield Scholarship Fund has provided financial aid to more than 35 talented and deserving voice students at the Eastman School since it was founded in 1977. Scholarship recipients have included the first recipient, baritone Derrick Smith, who has performed in operatic roles and as a concert soloist in the United States, Brazil, and Europe; and soprano Nicole Cabell, who in 2005 won the BBC Cardiff Singer of the World competition, one of the music world’s highest-profile competitions.