Vim and Vigor in the Nation's Capital

“Robust energy and enthusiasm” is how the Merriam-Webster Dictionary defines the word “vim” – which is also the name of an Eastman School of Music student saxophone quartet that has won awards and acclaim for its outstanding musicianship. The ViM Saxophone Quartet will represent Eastman in the prestigious Conservatory Project of the John F. Kennedy Center for the Performing Arts. Their talents will be showcased when they perform on Friday, May 25 at 6 p.m. in the Kennedy Center’s Terrace Theatre as part of this ongoing concert series.

The ViM Saxophone Quartet is made up of Dimitrios Kostaras, Michael Matlock, Richard Miserendino, and Kristin Rarick, all of whom are seniors at Eastman and students of Assistant Professor of Saxophone Chien-Kwan Lin. In 2006, the ViM Quartet won first place honors in two of the most prestigious music competitions in America: the Fischoff Chamber Music Competition and the Music Teachers National Association Competition.

“ViM consists of not just four talented individuals, but four team players that are selfless and completely devoted to one another,” says Professor Lin. “This is a special quality, and we need this in chamber music.”

The Kennedy Center Conservatory Project is a semi-annual event designed to present the best young musical artists in classical music, jazz, musical theater, and opera from our nation’s leading conservatories and schools of music. Created to “showcase our nation’s exceptional young talent and introduce Washington audiences to young musicians destined to have important careers,” the Conservatory Project features free performances by students of several of the nation’s leading conservatories and music schools. Eastman was a founding participant of the program when it was introduced in 2004.

The Eastman School of Music educates talented musicians from around the world who become leaders and innovators in all fields of music. Established in 1921 by Eastman Kodak Company founder and visionary George Eastman, the School has achieved international prominence through its commitment to the highest standards of artistry, scholarship, and leadership. 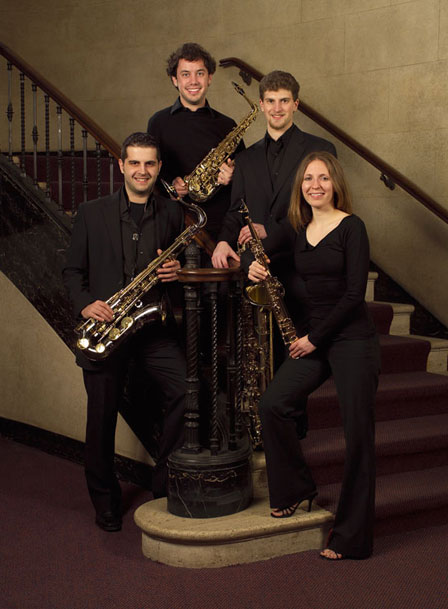