ROCHESTER, N.Y.—The Eastman School of Music concludes its eclectic Mosaic Series with violinist Gidon Kremer and the Kremerata Baltica chamber orchestra on Sunday, April 22 at 3 p.m. in the Eastman Theatre.

Kremer has established a worldwide reputation as one of the most original and compelling artists of his generation. In 1997, after almost three decades of appearances in every major concert venue and numerous prize-winning recordings, he founded the chamber orchestra Kremerata Baltica, to foster the talent of outstanding young musicians from the Baltic States. The group is now considered one of the most prominent international ensembles in Europe and beyond, has gone on to perform worldwide and make many recordings; Kremerata Baltica’s 2001 Nonesuch release After Mozart won a Grammy Award for Best Small Ensemble Performance.

The orchestra’s fascinating Eastman Theatre program will include a new look at a familiar masterwork – the Schumann cello concerto – transcribed for violin, along with Beethoven’s ever-revolutionary Grosse Fuge and a rarely heard Symphonic Serenade by Erich Wolfgang Korngold, the Viennese-born composer best known for his Hollywood film scores of the ‘30s and ‘40s. This trademark Kremer program promises to provide a fitting close to the series! 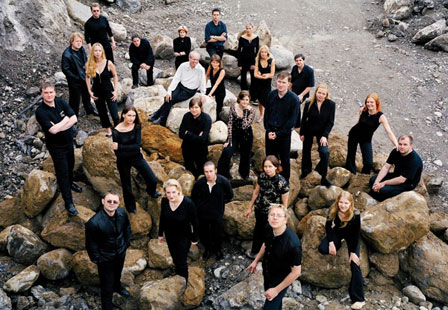 More about Kremer:
The only child of parents of German origin, Gidon Kremer began studying at the age of four with his father and grandfather, who were both distinguished, professional violinists. At the age of seven, he entered the Riga Music School. At sixteen he was awarded the First Prize of the Latvian Republic and two years later he began his studies with David Oistrakh at the Moscow Conservatory. He went on to win prestigious awards including the 1976 Queen Elizabeth Competition and the First Prize in both the Paganini and Tchaikovsky International Competitions.