Ivan Trevino Returns to Eastman, with Joy and Gratitude 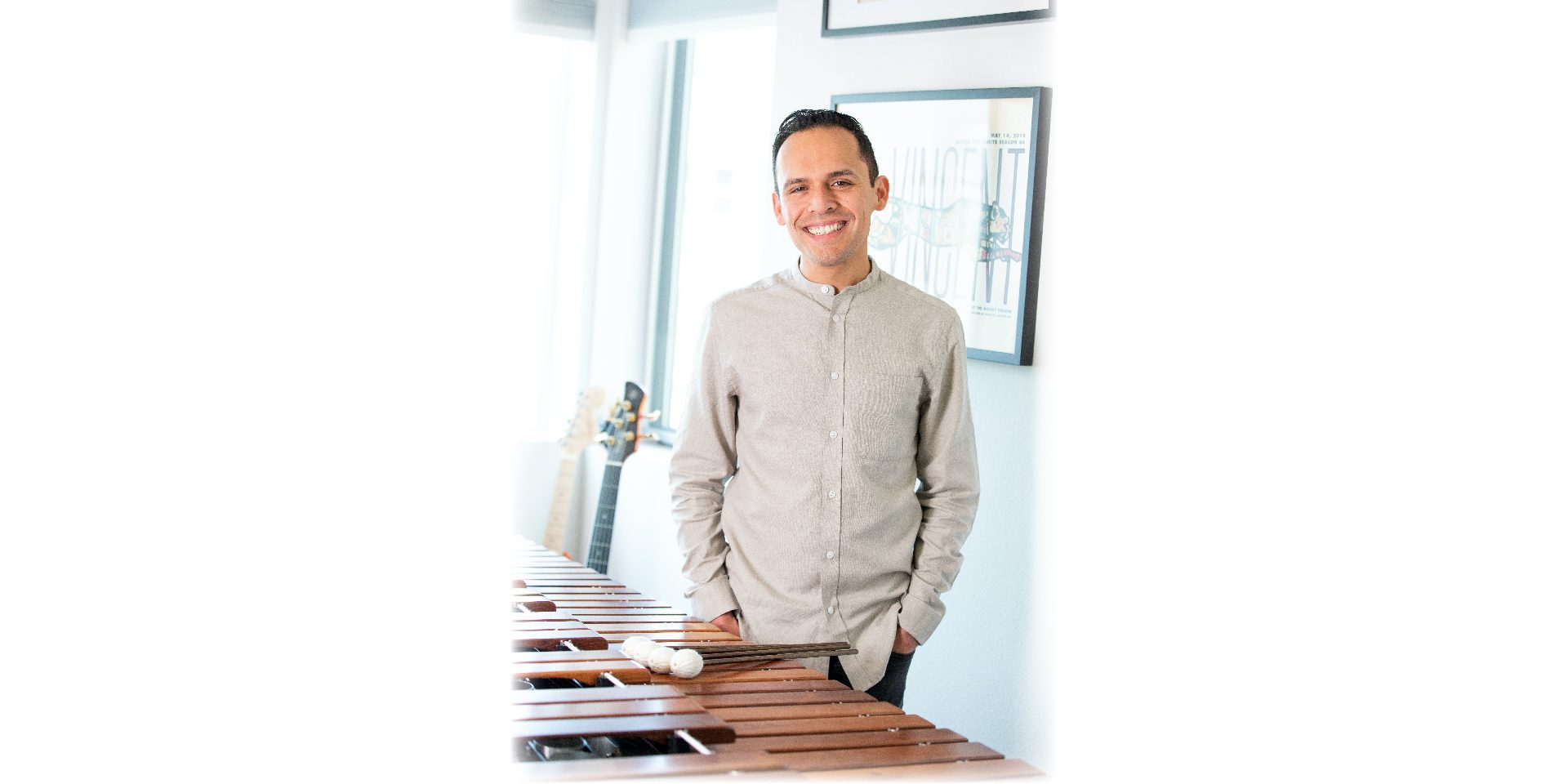 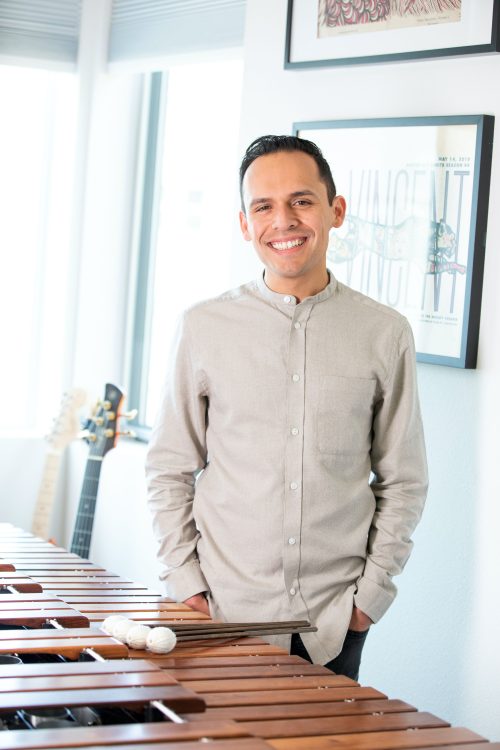 The Mexican American composer, percussionist, writer, educator, and arts advocate Ivan Trevino ‘06E, ‘10E (MM) has shared his music with audiences around the world, from Asia to South America to Madison Square Garden. On Wednesday, October 19, he’ll share his latest music with Eastman, when Mark Davis Scatterday conducts the Eastman Wind Ensemble, with Ivan and his teacher Michael Burritt as soloists, in the premiere of Ivan’s Run to the Light – a centennial commission from the composer’s alma mater. (See details about the concert at the end of the post.)

Could you tell us about your time here at Eastman as an undergraduate? What were some of the highlights and some of the challenges?

My time at Eastman was special and I look back on it with gratitude. My background was not entirely rooted in western classical music, and through that lens, I was not up to speed when I started my freshman year. Fortunately, I had teachers and classmates who embraced my idiosyncrasies, and teachers like John Beck, who gave me space to explore my compositional and songwriting interests. John was such a wonderful mentor for me.

When he retired, I continued my Eastman journey as part of Michael Burritt’s very first master’s class. Michael helped shape my musicianship and musical spirit so much, and has since become a friend, duo partner and colleague. Part of my residency this month includes taking on some of Michael’s teaching duties while he is away on a sabbatical leave. I’ll be teaching in the same studio that both John and Michael taught me in when I was a student at Eastman, which is surreal and special for me.

How has Eastman prepared you for the professional world? What advice would you give to our current students?

There was a DIY spirit embedded within the student body when I was a student. It was normal to stop by Java’s or Bug Jar and catch students workshopping their own creative projects, or watching ensembles getting started from the ground up, or having students jet off to NYC to play shows and collaborate with others. I was certainly one of those students, and I think this culture encouraged a freedom to explore and tinker.

For current students reading this, I encourage you to embrace your various creative interests and the outside genres you love, no matter how different it all seems from your normal school life. Academia is often split in narrow factions, and it’s easy to feel like your interests don’t fit into the traditional paths laid out for you. Put that framework aside in favor of your own creativity and individuality. Given how difficult our career track is, your off-the-beaten-path project may be the one that helps you find a home in this space.

Tell us about the upcoming performance with the EWE. Could you give us some insight into your new work, Run to the Light?

During my Eastman residency, The Eastman Wind Ensemble will give the world premiere of Run to the Light, my new work for wind band. The premiere is on October 19 under the baton of Dr. Mark Scatterday. I played so many concerts with EWE as a student with Mark and was also fortunate to share the stage with Donald Hunsberger and Frederick Fennell. To write music for this group is especially meaningful, and I’ll be joining the group on stage as a featured performer alongside my former teacher, Michael Burritt.

I like to describe the piece as indie-pop wind band music. It’s fun, joyful, and leans heavy on catchy hooks and groovy percussion writing. I composed the piece to commemorate Eastman’s Centennial Celebration, and it was also written with my own journey to Eastman in mind. It’s dedicated to 1,000 or so very special people in my hometown of Victoria, Texas, who helped me get to Eastman and ultimately find a life in music. I hope this spirit of joy and gratitude shines bright in this music.