This July and August, the familiar summer sounds of Eastman – which this year have included flute and trombone workshops and a number of chamber and solo recitals – have also included opera, as participants in the Finger Lakes Opera have performed in concerts and recitals to celebrate the organization’s tenth anniversary.

The company’s Young Artists gave two Hatch Hall Recitals on July 17 and 24, and have a gala anniversary concert scheduled this Sunday, August 7, in Kodak Hall. (There’s also an abridged version of Mozart’s Cosi fan tutte on August 5 at the University’s Memorial Art Gallery.) 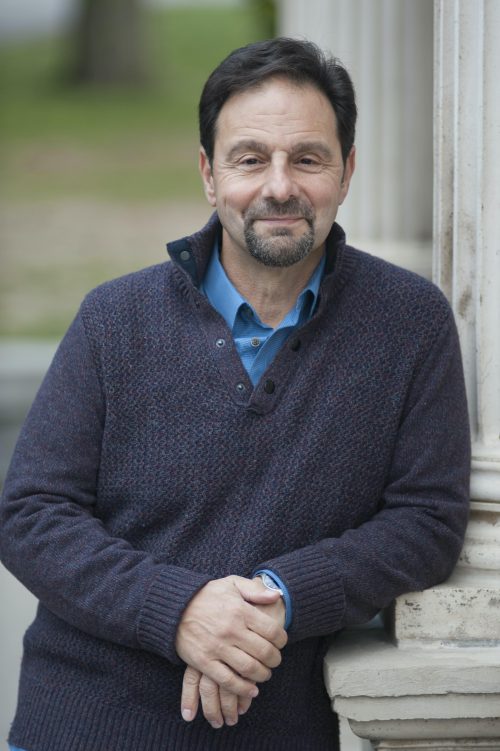 Sunday’s gala concert, with the Finger Lakes Opera Orchestra, will also feature an Eastman alumnus as conductor: FLO’s artistic director Gerard Floriano ‘86E (MM), ‘95E (DMA), who has helmed the company since its modest beginnings in 2012. His first Eastman degree is in choral conducting, which led him his current position at SUNY Geneseo as the director of choral activities. The DMA degree is in orchestral conducting. He has put it all together as music director of upstate New York’s only current opera company. (His wife, soprano Joan Floriano ‘86E (MM), who also teaches in Geneseo, is FLO’s artistic advisor.)

Finger Lakes Opera also began at SUNY Geneseo, when Floriano, as a faculty member, presented the idea of a summer festival to college president Chris Dahl – also a trained baritone and (of course) opera lover. The event began modestly in the summer of 2013, but it expanded quickly; at a gala opera concert Floriano was able to announce plans for the company’s first full production the following year, Carmen. “The audience was packed and pretty raucous that night,” he recalls, “but we made the announcement to a hushed crowd, followed by a collective gasp.”

In the ensuing years the Finger Lakes Opera has built up a loyal following, even while relocating from Geneseo to Canandaigua to Perinton Park Amphitheater – and, this summer, downtown Rochester. The recent move is also reflected in the relocation of the FLO offices to Asbury Methodist Church on East Avenue.

The company has continued its annual productions, along with children’s presentations (Pinocchio is scheduled for October 22 at Strong Museum of Play), recitals and other vocal events: Last summer’s mainstage production was The Barber of Seville, joining such standards as L’Elisir d’Amore, La Bohème, and Tosca. FLO’s brief but lively history will be celebrated in Sunday afternoon’s concert.

“This program is an homage to the company’s beginnings,” says Floriano, “beginning with four selections from Carmen.” It continues with a program of favorite arias, duets, and ensembles by Verdi, Donizetti, Rossini, and Puccini, winding up with the entire cast singing “Libiamo ne’lieti calci” from La Traviata – a tenth-birthday toast to Finger Lakes Opera. (Real toasts will be offered at a reception following the concert.)

Sunday’s concert will also highlight a very important part of FLO’s mission. Besides the four featured soloists, the lineup offers the company’s 2022 Tomita Young Artists. (You can read about these six young professional singers here. They are also the cast of Friday night’s performance of Cosi fan tutte – which happens to be sold out.) FLO has offered opportunities for young singers since 2018, and a young artists program since 2019, thanks to a significant gift from a Canandaigua opera lover, creating the Tomita Young Artists program.

Floriano says that the company is on the rebound, like so many other performing organizations, after the COVID pandemic. “Things do feel more normal this year. We’re very happy to be back.

“It has always been a challenge, starting in Geneseo, and we’re always transforming. But it’s been a wonderful ten years.” Opera America agrees – during its 2022 conference Gerry Floriano received an honorary plaque from that organization for his ten years of leadership.