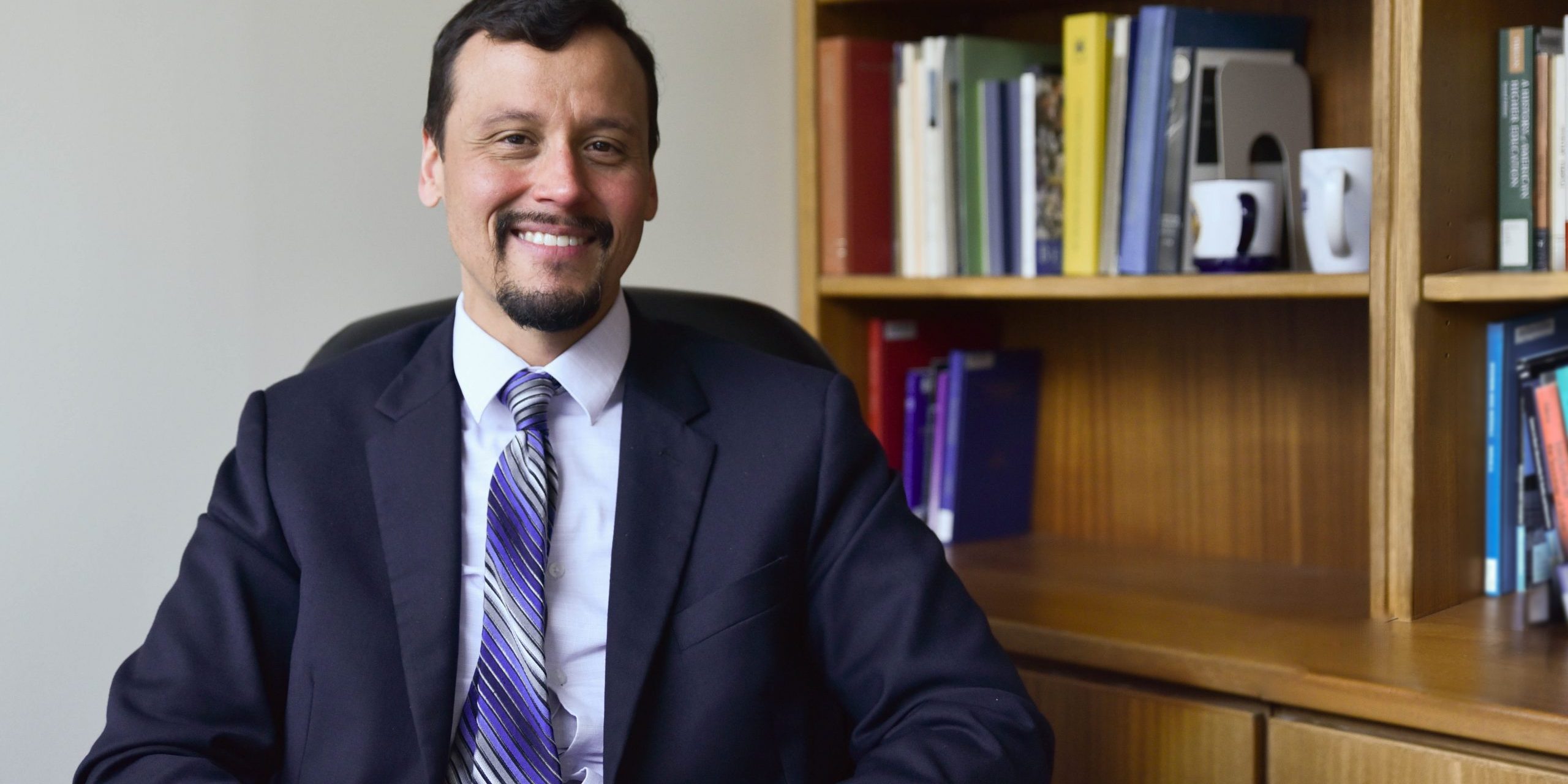 “Holding on to the things I love about music”: Sibley Music Library head Jonathan Sauceda. Photograph by Luke Juntunen.

Jonathan Sauceda just completed his first academic year as Associate Dean and Head of the Sibley Music Library. It has been a very full year. As head of the library, he oversees all aspects of the library’s programs and services, including collection development, personnel management, budget management, technical services, client services, and library technology development.

Sauceda grew up in Texas and received master’s degrees from Wichita State University in music history and vocal performance and a PhD in musicology from the University of North Texas in 2016. His dissertation was a critical edition of an early twentieth-century Argentine opera, El Matrero (1929) by Felipe Boero, which he describes as “part gaucho and part Puccini.” (It is still performed in South America.)

He went on to Rutgers University, where he was the music and performance librarian for 9 years. He finds that being a musicologist and music librarian “allows me to hold on to the things I love about music.” At Eastman, he is also an Associate Professor of Musicology; this fall, in keeping with his research interests, he is also teaching a class on Latin American musical Modernism, covering the late 1800s to the present day.

In addition to maintaining SML’s outstanding reputation, he looks to the future. One of his noteworthy achievements this year was his creation of a Sibley Music Library Advisory Committee, charged with brainstorming and planning new development for the library. The Advisory Committee consists of three performing faculty members, three research faculty members, two graduate and two undergraduate students, two library staff members, and Eastman’s director of graduate studies (Professor Marie Rolf, until her retirement at the end of the fall 2022 semester).

He also meets regularly with the Sibley Music Library staff (including student employees), and monthly with department heads to hear their ideas for improving library services.

Another important element in Sauceda’s planning is building the library’s representation of underrepresented groups, with blanket subscriptions to buy sheet music and recordings by certain composers as they are available: African American, Hispanic/Latin composers, and women. (Sibley’s research guides include a Guide to Music of the African Diaspora and Women in Music.) Many Eastman faculty members and students have been interested in expanding their repertoires, and during the past year we have already seen music by underrepresented composers on many recitals, large-ensemble concerts, and Eastman Opera Theatre.

Despite many changes in academia and in libraries, he is working hard to maintain SML’s reputation “at the forefront of performance and scholarship” and keeping “a useful, vibrant place, an essential part of the experience for the Eastman community.” He’s also very much aware of Sibley’s place within the University system and what roles it needs to fill in its relationships with Rush Rhees Library, the Student Living Center, and other divisions of the University.

“This centennial year has flown by,” he says. “Of course, we had many challenges and staff difficulties because of the pandemic, but the difficulties made me realize how great the staff, the faculty, and the Eastman community are.  It has been a very welcoming and supportive environment.”

“I’m still doing a lot of learning,” he says, “and I hope people will feel comfortable reaching out to me.” Which you can do at jsauceda@esm.rochester.edu