ECMS presents a musical tribute to a beloved teacher 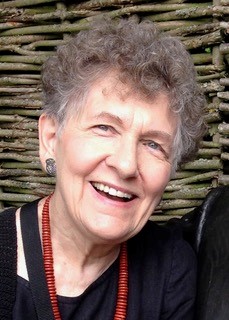 This weekend, Eastman students, faculty members, and alumni will join together to pay tribute to Jane Günter-McCoy ‘59E, who taught voice from 1987 to 2010 in Eastman’s Community Music School, and who died in October 2021. (Her husband Seth McCoy was also a longtime Eastman voice faculty member, from 1982 until his death in 1997.)

The program consists of music by two favorite composers of Ms. Günter-McCoy: Dieterich Buxtehude’s Membra Jesu Nostri and J.S. Bach’s Cantata No. 140, Wachet Auf!  “There will be 38 performers on stage,” says Jane Günter-McCoy’s ECMS colleague Juli Elliot. “Some old grads of ESM are coming back to support the all-baroque band. We worked hard to make it possible to perform at 415 tuning.”

The list of Eastman and Rochester Philharmonic Orchestra musicians includes:

Juli Elliott adds: “I was Jane’s student prior to becoming an ECMS faculty member and staff pianist at ECMS. She came to visit when my husband and I were on sabbatical in England two different times. I took her to the Bach Festival in Leipzig and the Three Choirs Festival in Worcester, England. We took numerous trips to New York City to hear music of all types.

“… she had a strong intellect, was a voracious reader, well-spoken (cared a great deal about the correct use of grammar!), and extremely loyal and supportive to her students and friends.

“The Buxtehude was a favorite and one she programmed several times over the decades. It was chosen for a memorial concert given by her studio several months after Seth, her husband, passed away and was also dedicated to her mother. Bach was her all-time favorite composer so we knew he would be represented. The two duets in 140 will be sung by two of her closest friends – her friend and doctor (including hospice at the end) and me. Though I’ve planned this event, many of Jane’s students and friends are coming from afar to take part in it.”

The Jane Günter-McCoy Memorial Concert will be presented by the Eastman Community Music School this Saturday, May 28 at 4:30 p.m. in Kilbourn Hall.

The program is Buxtehude: Membra Jesu Nostri; and J.S. Bach: Cantata BWV 140, Wachet Auf! Admission is free and a live stream will be available; click here.