Eastman 2019: The Year In Pictures 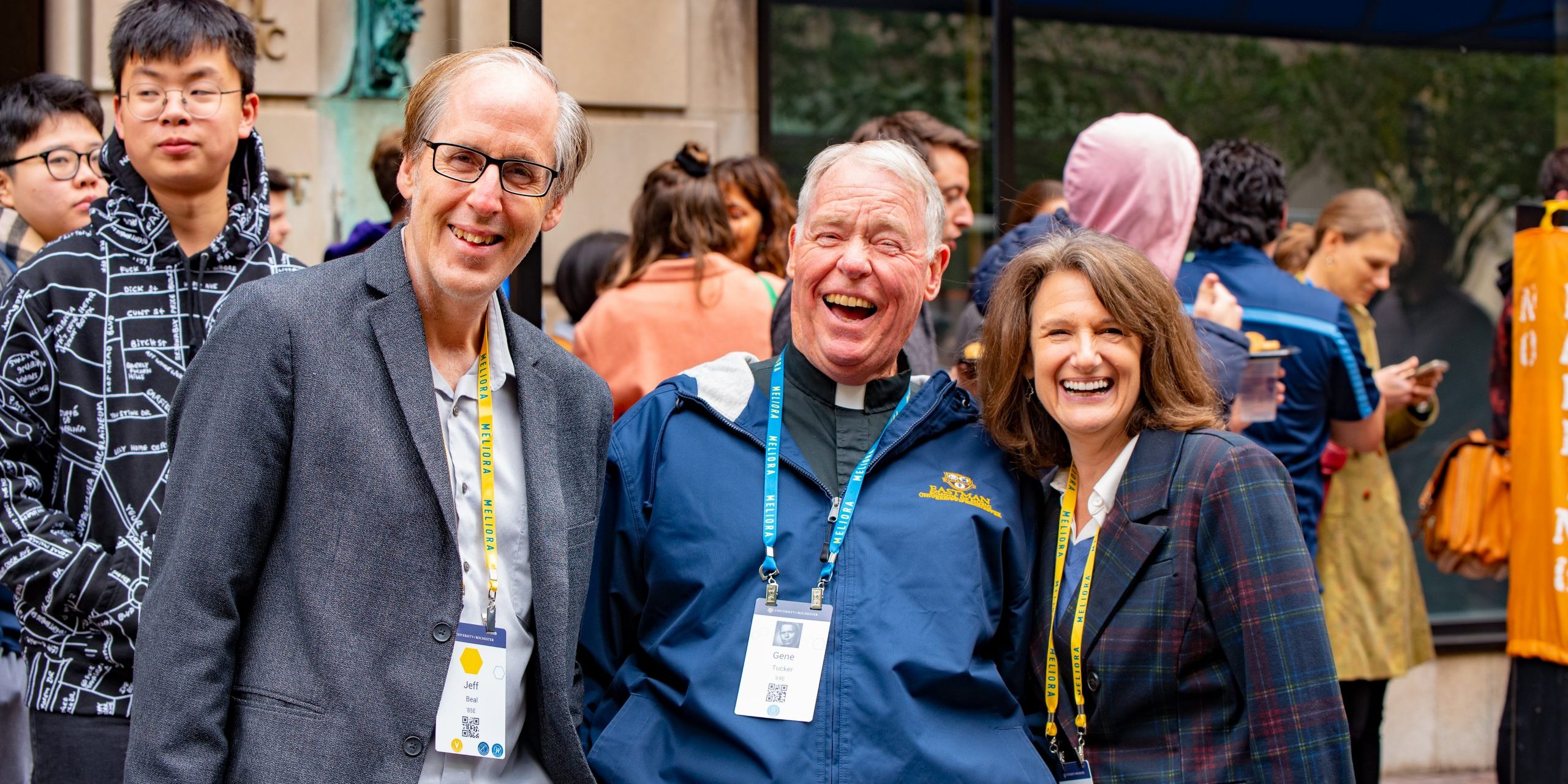 2019 at Eastman is drawing to a close, as always a year of great student and faculty performances, brilliant guest artists, camaraderie, fun, and incredible music. Here are some favorite photos of 2019 moments, including comments by Eastman’s Senior Creative and Design Manager, Michelle Martorell.

On May 7, the Eastman Wind Ensemble performed in Cleveland’s beautiful Severance Hall, the home of the Cleveland Orchestra. Eastman student Andrew Bockman performed as a percussionist in the concert, and wrote of the experience: “It was a pleasure to play in Cleveland. The energy and attention from the crowd was palpable, and everyone in the ensemble responded with passion. Everyone felt immense pride in their work.” Andrew took this photo of the full EWE and conductor Mark Scatterday from the balcony of Severance Hall. 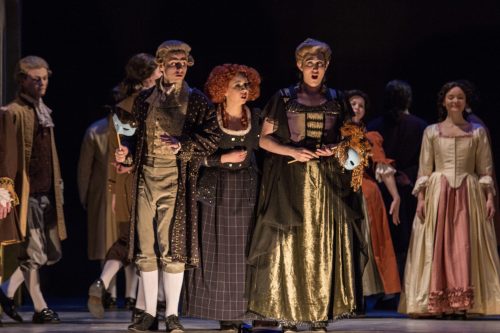 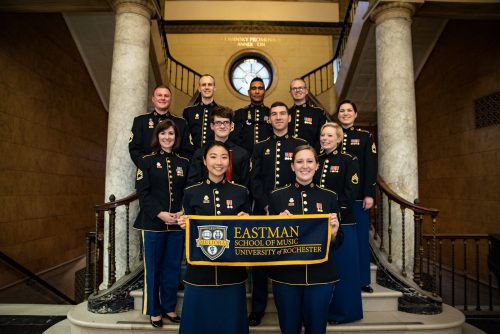 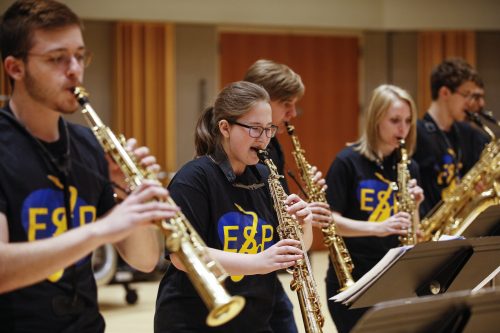 Summer@Eastman 2019 brought students of all ages from 38 states and seven countries to our school (and a few to New York City and Paris) for six weeks of classes, lessons, institutes, concerts, and more – a total of 46 programs and 67 concerts. 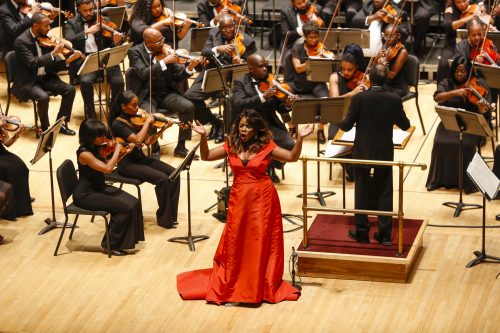 The Gateways Music Festival took place August 6 through 11, bringing 125 professional musicians and composers of African descent to Rochester for concerts and other presentations, which wound up with a final concert with star mezzo-soprano Denyce Graves. 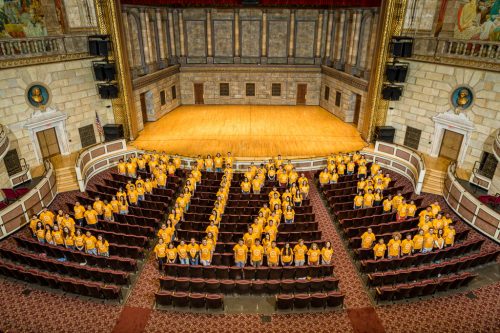 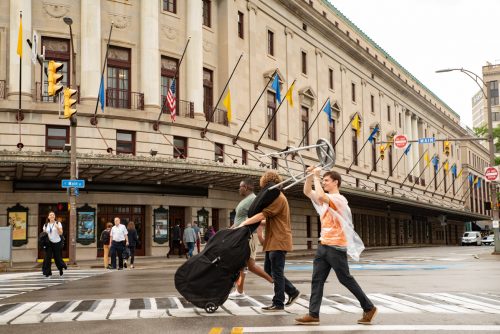 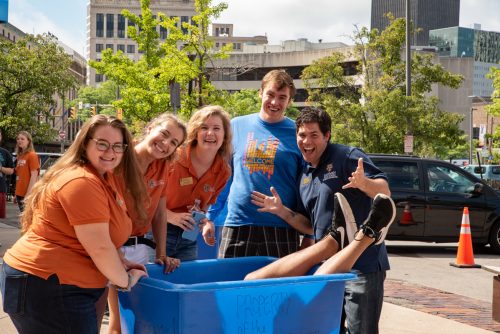 The last week in August brought Eastman’s Class of 2023, and their families, for the momentous move into the Student Living Center. 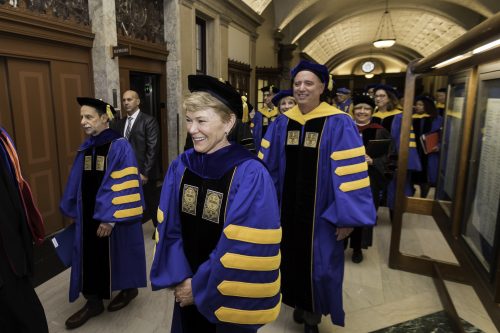 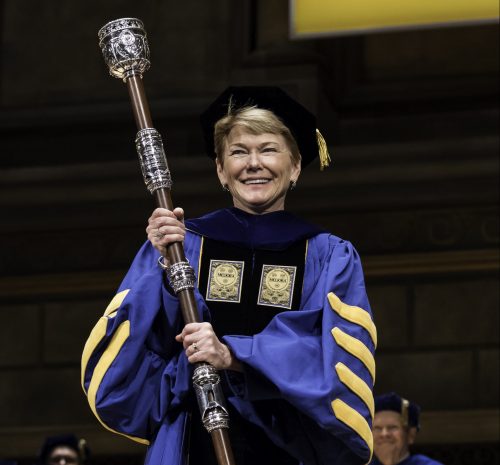 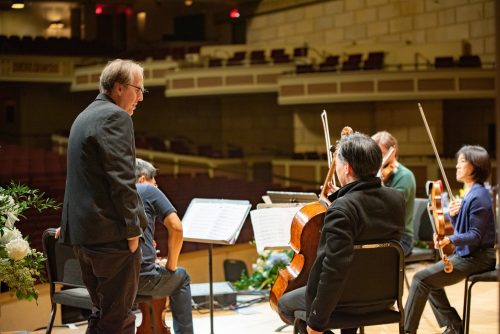 The Eastman School of Music provided plenty of music for the ceremony, including a piece written for the occasion by Emmy-winning alumnus Jeff Beal and performed by the Ying Quartet.
“I happened to walk into Kodak hall to see the Ying Quartet practicing for the president’s inauguration ceremony. I started taking pictures and then noticed who was giving them pointers … Jeff Beal! A little awestruck, I just tried to keep out of the way, but still captured some good collaboration moments.” 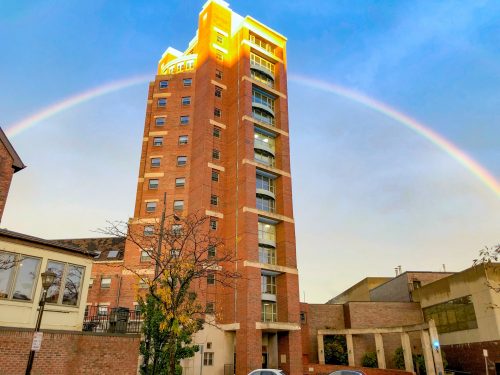 After a late-afternoon storm on October 22, a magnificent rainbow appeared in the sky over downtown Rochester. Greg Thompson of our Technology and Music Production Department caught it at a perfect moment over the Student Living Center. 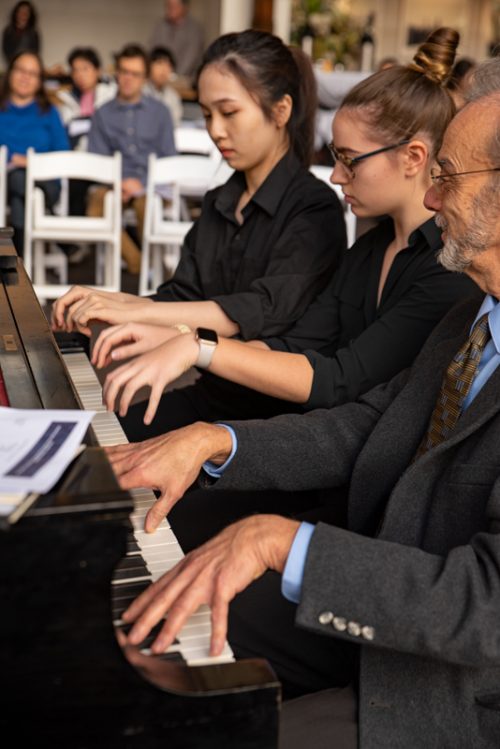 A new lunchtime concert series, Eastman Collaborates, began on November 8 with the goal of bringing Eastman students and their studio teachers together in performance.
“During the Collaborative Concert I got into trouble for getting in the way of the performers trying to get good pictures, but it was worth it to take this picture of teacher Tony Caramia and his students all at the piano at the same time. All the hands going at once. It was wild!” 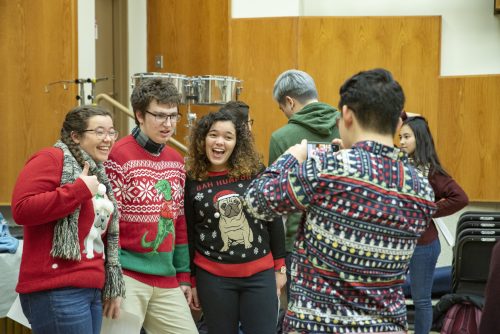 Eastman’s longstanding, beloved tradition took place on December 13, bringing students and faculty members together to make music of all kinds for the holidays. This year Michelle got some “backstage” shots, asking students to “cheese it up” as they warmed up for their performances. “These chorus singers were having a blast just goofing around and I was able to take their picture mid-beatboxing, posing for pictures, and just having a great time.” 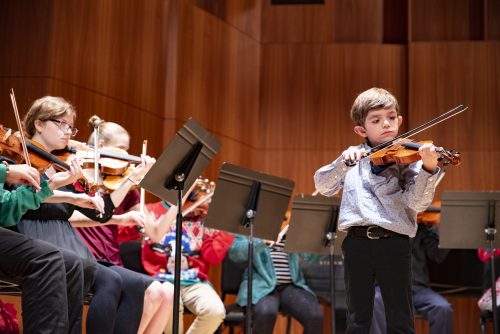 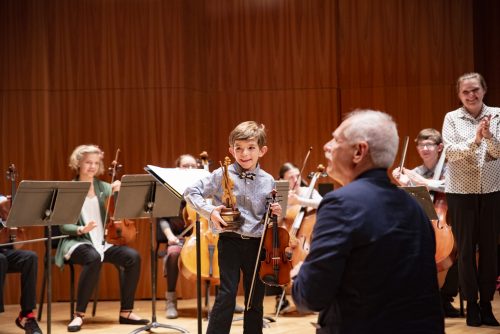 The Eastman Community Music School’s counterpart to Holiday Sing is Winterfest, which took place the following day, December 14. ECMS soloists and ensembles, consisting of musicians of all ages, performed at halls throughout the Eastman School.

“This little guy was so cute. During the Virtuosi Violin Strings performance he played (on the smallest violin I have ever seen) a world premiere of original music written by his grandfather for this occasion. His grandfather awarded him with a prize right afterwards. “

They ended up putting ALL the students on stage which was an accomplishment in Hatch Hall. 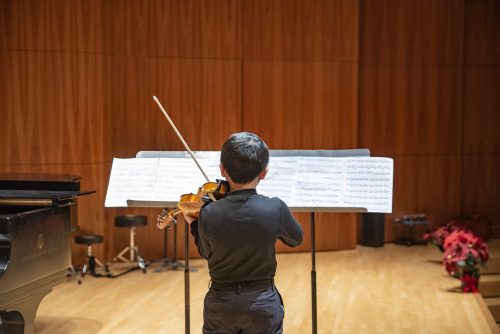 “This kid was amazing. He definitely could play very well and he seemed so small next to his voluminous music score.”

Michelle adds that some of 2019’s best “Eastman moments” were candid and informal. 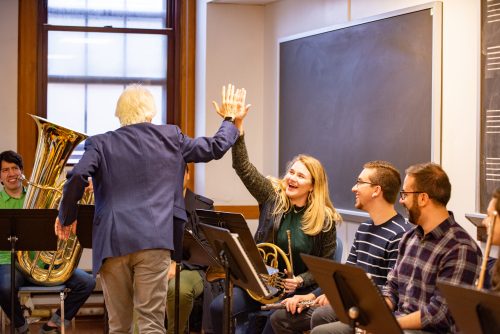 “I was able to catch this impromptu high five between Chris Azzara (Professor of Music Teaching and Learning) and one of his students. I was happy about that catch!” 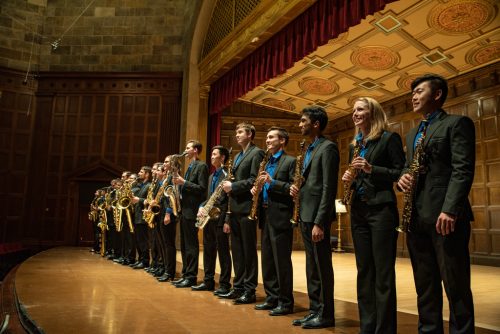 “NOTE: It is not easy to get musicians when they are not performing and just having a good time. They are so trained to be focused that they don’t let loose very often when I am around taking photos. They can perform in huge crowds but when they are off stage they are mostly shy. Go figure!!  I had to tell them to smile in this picture.” 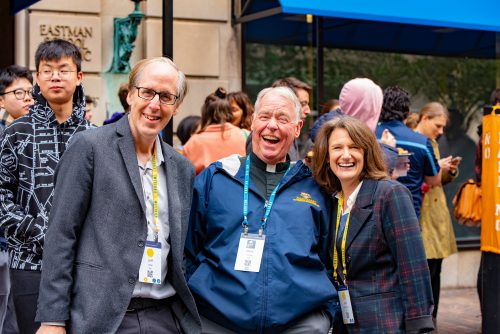 During Meliora Weekend’s food truck rodeo, I was able to spot the Beals about to choose a food truck line. I asked them if they would mind a “paparazzi moment” and they enjoyed it immensely, as you can see by the happy faces: 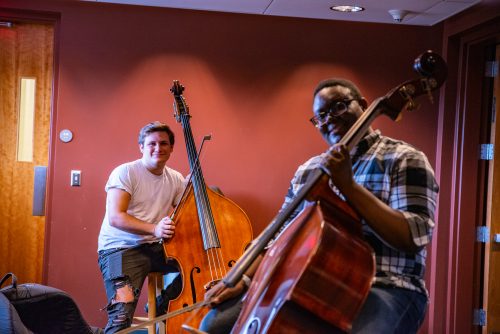 “This was an amazing picture that I happen to walk into after shooting an orchestral rehearsal in the East Wing studio. The bassists were just sitting perfectly under the spot lights and in a gorgeous light. I just had to take the picture and they were happy to stay put while I shot a couple of shots.”