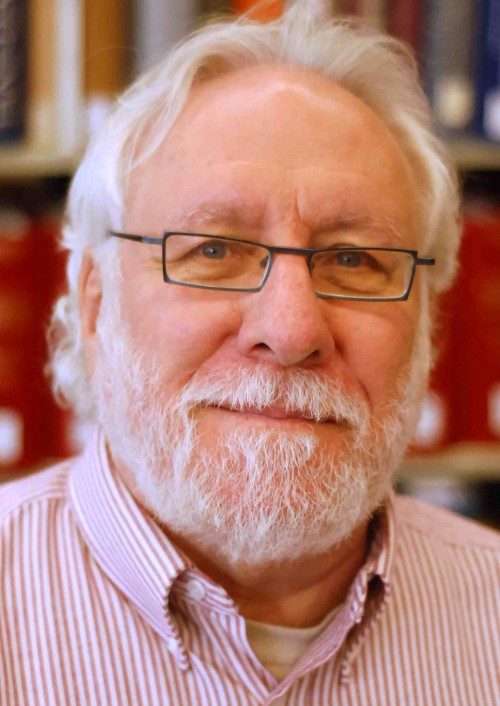 The Faculty Artist Series presents Robert Morris, Professor of Composition at Eastman School of Music, Monday, February 4, at 7:30 p.m. in Kilbourn Hall. The program is entitled “The One, and the Many” and features artists Renée Jolles, violin; Margaret Kampmeier, piano; sinfonietta ensemble conducted by Edo Frankel.

In 1980 Morris joined the faculty of the Eastman School of Music, where he presently teaches as Professor of Composition with additional affiliation within the theory and musicology departments. He was chair of the Composition Department from 2008 to 2011 and 1999 to 2005. Before that he was a member of the composition and music theory departments. Other teaching posts have included positions at the Philadelphia College of the Performing Arts, the Governor’s School for the Arts held at Bucknell University, the University of Pittsburgh Computer Music Workshop, and the Berkshire Music Center at Tanglewood.

Morris is the recipient of grants from the National Endowment for the Arts, the A. Whitney Griswold Foundation, the American Music Center, the Hanson Institute for American Music, and the American Council of Learned Societies. He has received numerous awards and commissions from the Pittsburgh Symphony, Rochester Philharmonic Orchestra, Yale University, Speculum Musicae, Brave New Works, JACK String Quartet, The Momenta String Quartet, The Society for New Music, Alienor Harpsichord Society, Hartt College Festival of Contemporary Organ Music, and the National Flute Association. His many compositions have been performed in North America, Europe, Asia, and Australia.

In addition to his music, Morris has written four books and over 50 articles and reviews which have appeared in the Journal of Music Theory, In Theory Only, Music Theory Spectrum, Journal of the American Musicology Society, and Perspectives of New Music, contributing to theories of musical analysis and aesthetics, compositional design, and electronic and computer music.

In 2014, Perspectives of New Music published a special issue entitled Perspectives On and Around Robert Morris at 70, with a three-CD recording of Compositions and Performances in Celebration (PNM/OS compact disc). A festival of the music of Robert Morris was held at Spectrum in New York City in 2016: four nights of concerts of his music, including performances by pianists Augustus Arnone and Margaret Kampmieier, Collide-O-Scope, and JACK quartet.