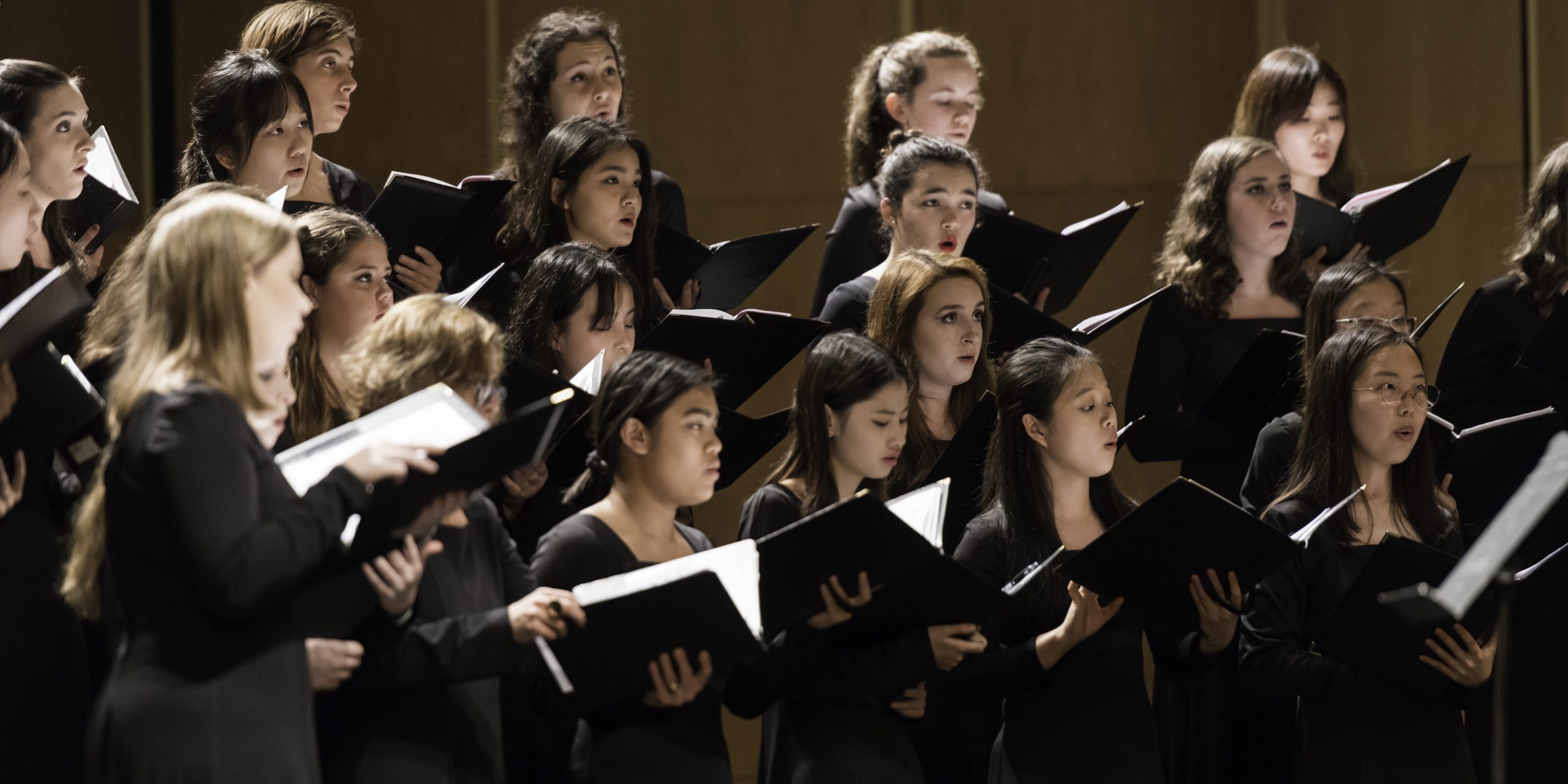 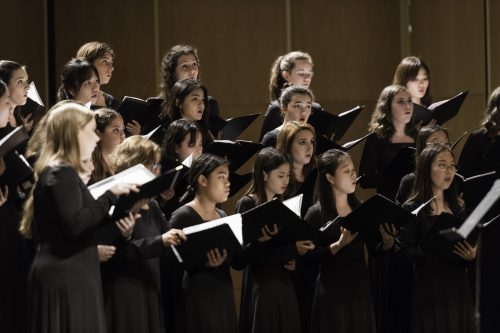 The Eastman School of Music’s Women’s Chorus presents an evening of music focused on celebrating the Suffrage Movement and powerful women leaders throughout history, including repertoire celebrating the contributions of Harriet Tubman, Emily Dickinson, Malala Yousafzai, and others. The concert will be held Friday, October 26, at 7:30 p.m. at Lutheran Church of the Reformation, 111 North Chestnut Street, Rochester, New York, 14604. Included as part of the evening’s concert are programs by Eastman’s Repertory Singers and the Eastman Chorale, conducted by William Weinert, Rayvon Moore, and Connor Doran.

The Eastman Women’s Chorus, directed by Philip Silvey, Associate Professor of Music Education and Chair of the Music Teaching and Learning Department, is a select ensemble made up of Eastman music majors, as well as women in other majors throughout the University of Rochester.

The concert, themed “Unstoppable”, will first be performed on Saturday, October 20 at noon in the Wesleyan Chapel in Seneca Falls, the site of the first women’s rights convention in 1848.  Held every two years, the Seneca Falls Dialogues conference is a collaborative effort sponsored by the Women’s Institute for Learning and Leadership (WILL) to reinvigorate Seneca Falls as a site of feminist activism and intellectual exchange.

The concert selections explore the theme of women leaders who persisted in the face of obstacle.  In addition to songs focused on our history’s women’s leaders, such as a piece composed by Silvey, based on a text by Emily Dickinson, the Women’s Chorus will sing works by women composers such as Joan Szymko and Rospehanye Powell, perform a women’s suffrage song, an original piece of music created by the ensemble to open the program, as well as an anthem of defiance taken from the musical theater canon, Stephen Sondheim’s “Everybody Says Don’t.” Says Philip Silvey, “People who break through barriers, especially these women trailblazers, have to face obstacles – my hope is members of the chorus take that powerful message with them wherever they go.”

Visual and symbolic staging will enhance the dramatic aspects of the performance, including a chorus of spoken phrases describing achievements of women inducted into the National Women’s Hall of Fame, such as Susan B. Anthony, Elizabeth Cady Stanton, Maya Angelou, and others.  Cloths in women’s suffrage colors of white, gold, and purple will be used to suggest real historical figures, but also to reflect the many voices and power of these women creating a joint message of unity and resilience.

Philip Silvey notes, “I invited members of the Women’s Chorus to use this concert repertoire to explore this question: What do you do when something or someone tries to stop you? Throughout history, many women leaders have persevered in the face of resistance.  This concert repertoire serves as the curriculum for a performance-based unit in women’s studies.  Musical works and poetry capture sentiments that go beyond facts.  This allows singers and listeners to empathize with women who dared to commit heroic acts of courage in the face of adversity.”

Eastman Chorale is a select ensemble of singers from the Eastman School of Music performing the finest choral repertoire from the past five centuries.  The Chorale consists primarily of graduate and undergraduate students in vocal performance, conducting and music education. The Eastman Chorale has performed by invitation at conferences of the National Collegiate Choral Association.  The choir tours annually and has performed at both ACDA and MENC conferences.

The Eastman Repertory Singers is a mixed 60-voice chorus of Eastman students presenting frequent performances under the direction of graduate students in conducting, in styles ranging from Renaissance madrigals and motets to premieres of contemporary choral works. Recent concerts have included the Haydn Lord Nelson Mass, the Duruflé Requiem, and works of Rachmaninoff, Mozart, and Bach. This chorus includes students in vocal performance, conducting, piano, organ, composition, and music education.