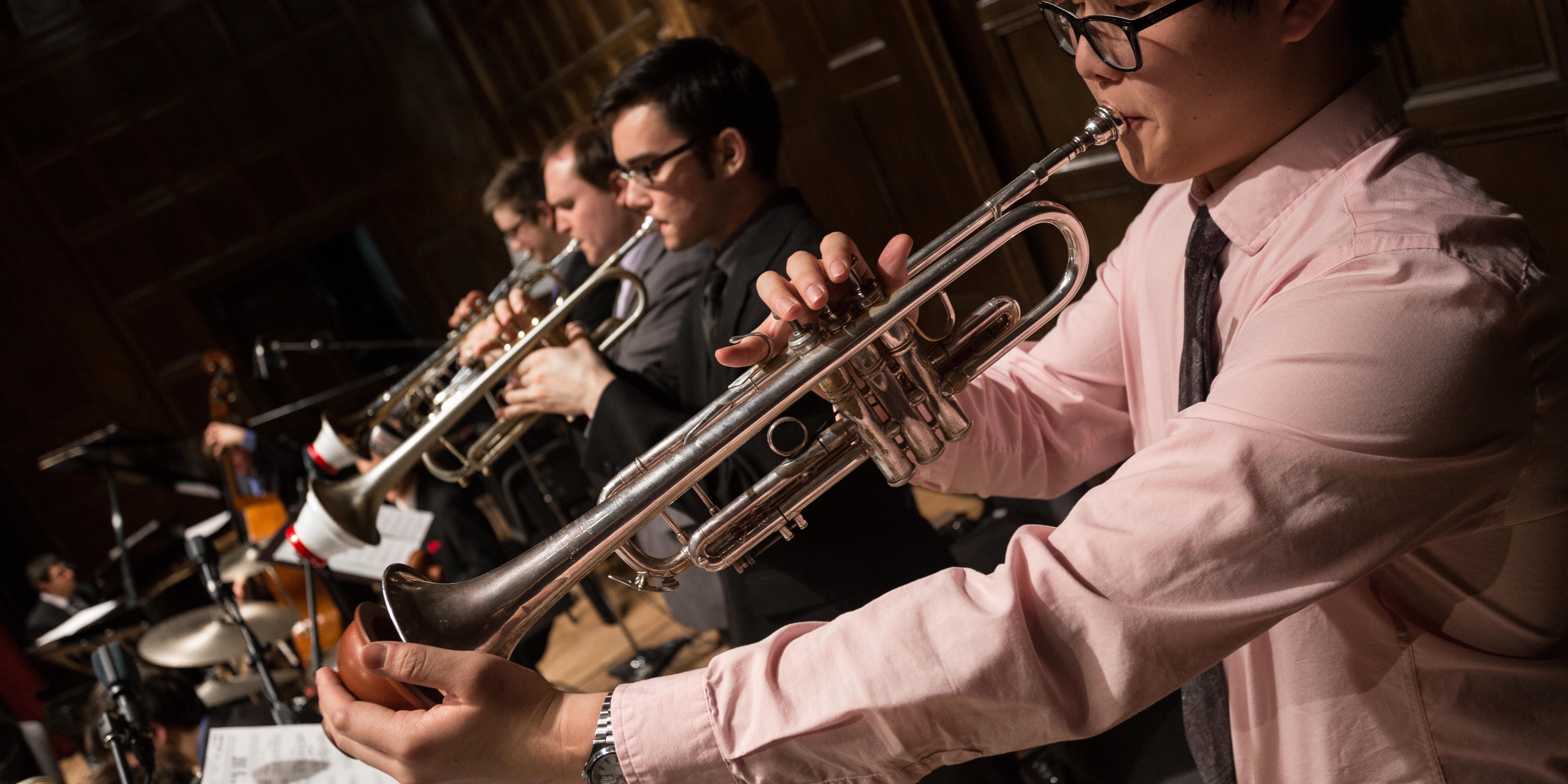 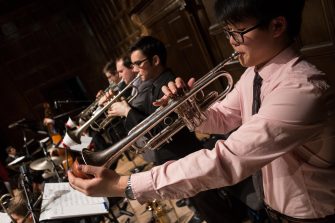 Music played by Boyd Raeburn and his band in the 1940s will be featured in a Chamber Jazz concert on Nov. 7.

The music played by Boyd Raeburn and his band in the 1940s, drawn from the bandleader’s original charts and scores found in storage, will be featured in an Eastman School of Music Chamber Jazz concert at 8 p.m. Tuesday, Nov. 8, in Kilbourn Hall.

Though respected and admired by peers—Duke Ellington was a fan—Raeburn didn’t have the support of a major record label or radio sponsor and regularly had to rebuild his bands because of financial difficulties. His group, though, was the first to record Dizzy Gillespie’s “Night in Tunisia;” Dizzy even guested with the band.

The original arrangement of “Night in Tunisia” was part of a treasure trove gifted to the Eastman School of Music by singer David Allyn. The jazz vocalist worked with Raeburn and other bands and was active performing and recording until the early 1980s. Some eight years ago, Allyn contacted the school about his charts and scores, and Eastman jazz faculty double bassist Jeff Campbell made the trek to Connecticut to retrieve the music. 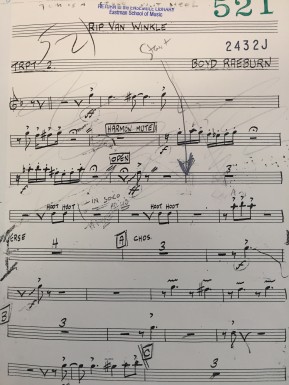 Allyn “had two full cases of charts, which he kept secured in a high-end storage unit,” recalled Campbell. “After gathering up these two cases, we drove to his apartment and he gave me several boxes of parts and scores, and this is where the Raeburn music was found.”

“Each piece is a gem,” said Campbell. “Some are hauntingly beautiful, others are quirky or darn right joyful. The music of the Reaburn band had a reputation for combining elements of the swing era with the latest trends in modern classical music.”

Admission to the concert is free.