Music in the American Wild at George Eastman Museum July 31 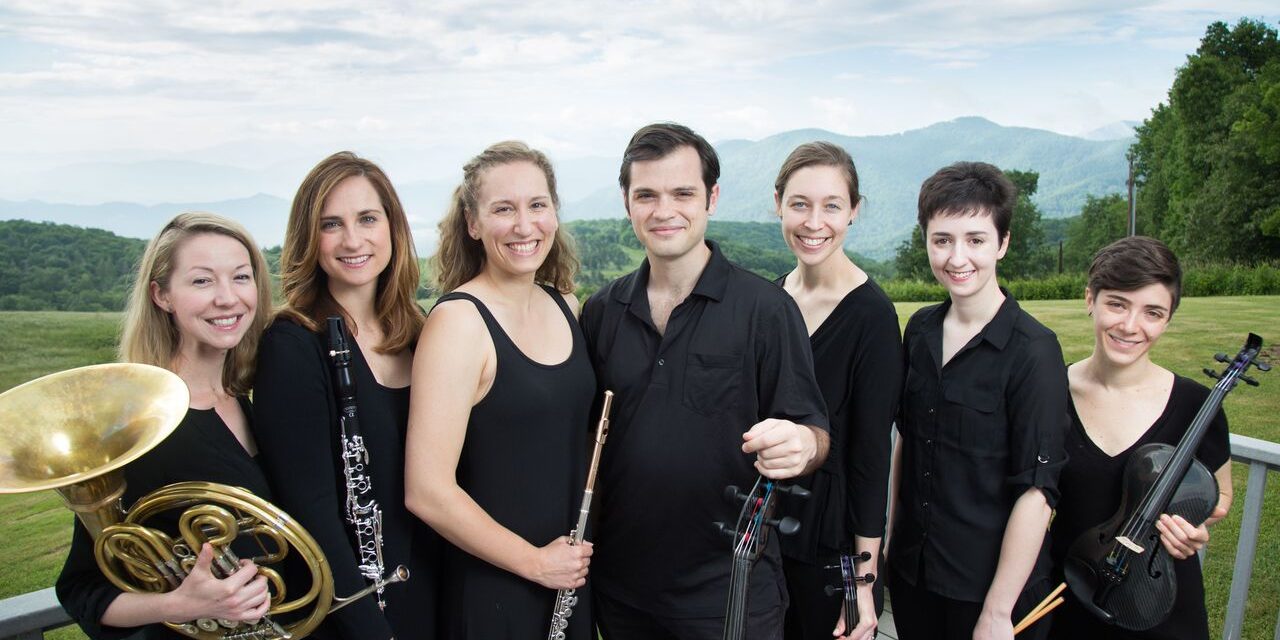 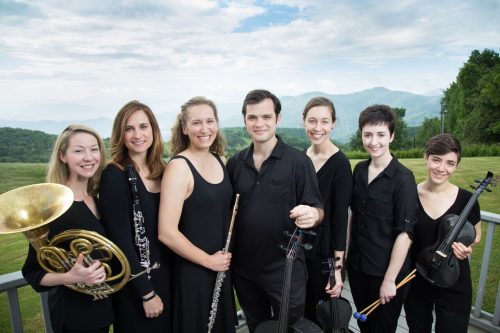 An ensemble of Eastman School of Music musicians will give a concert at George Eastman Museum at 2 p.m. Sunday, July 31, as part of their summer performance tour celebrating the National Park Service’s centennial year.

Music in the American Wild, initiated and directed by flutist by Emlyn Johnson (BM ’08 DMA ’15), features new works written by 11 composers and performed by seven musicians, all affiliated with Eastman. The tour, which started in June with concerts in national parks and National Historic Landmarks such as Mammoth Cave, the Great Smoky Mountains, and the Smithsonian American Art Museum, has been spotlighted on public radio and in publications including the Washington Post.

Following their performance in the Terrace Garden at the George Eastman Museum, the musicians will head out to the West Coast for the second leg of their national tour.

“In this increasingly digital age, it’s easy to forget that for most of its history music has been inspired by the natural world, whether that meant the imitation of birdsong or exploring man’s relationship with his surroundings,” said flutist Emlyn Johnson, who initiated and directs the Music in the American Wild project. “We are excited to celebrate and reconnect with the creative spark offered by our own backyard wilderness, and we hope to inspire audiences and other artists to connect with our national parks through creative acts.”

Johnson, who received her Bachelor of Music in 2008 and her Doctor of Musical Arts in 2015 at Eastman, was inspired to launch Music in the American Wild two years ago while hiking in New York’s Letchworth State Park, known as the “Grand Canyon of the East.” She commissioned 11 works that celebrate specific places or explore abstract ideas about humans’ relationship with nature, and recruited fellow musicians who share her passion for the outdoors to perform them.

Working in locations ranging from caves to mountaintops to indoor theaters, Johnson is setting up and tailoring each acoustic concert program to its venue so that listeners can hear and enjoy how the music interacts with the environment. An anonymous donation of Luis and Clark instruments—a carbon fiber cello, violin, and viola—is helping Johnson solve some of the challenges of outdoor performance. The carbon fiber instruments, she noted, are stronger and hardier in different environmental conditions such as changing humidity, and produce a powerful sound that can be heard clearly outdoors.

In addition to the anonymous instrument gift and in-kind support, Music in the American Wild was awarded a $20,000 National Endowment for the Arts (NEA) Art Works/Imagine Your Parks grant. The NEA is granted funding by Congress, where U.S.  Rep. Louise Slaughter, D-N.Y., is long-time chair of the Arts Caucus.

“We are thrilled at the NEA’s recognition of Music in the American Wild, which makes it possible for us to bring music to audiences across the country and inspire a new generation of listeners to become stewards of two of our country’s greatest assets: the arts and the parks,” said Johnson.