James Ross, a percussionist with the Chicago Symphony Orchestra, has been named Instructor of Percussion at the University of Rochester’s Eastman School of Music. 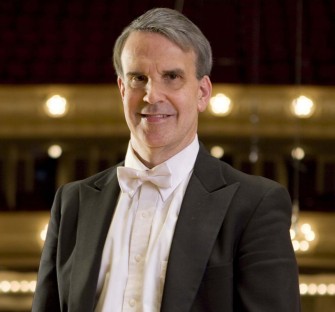 Ross became a member of the Chicago Symphony in 1979 and since that time he has performed thousands of concerts with the orchestra, both at its home in Symphony Center and in literally every corner of the globe. In addition, he has been a soloist with the CSO and has also frequently participated in the orchestra’s various chamber and new music ensembles.

A longtime and devoted teacher, Ross has given clinics and masterclasses at the Percussive Arts Society International Convention as well as colleges and conservatories throughout the United States and abroad. He is a coach for the Chicago Civic Orchestra and previously was on the percussion faculty at the Northwestern University Bienen School of Music.

“I am delighted to have Jim Ross join our percussion faculty at Eastman.  Jim and I worked together for many years during my tenure at Northwestern University and we are both extremely proud of the many exceptional students that program produced during our time together,” said Michael Burritt, professor of percussion and chair of woodwinds, brass and percussion at Eastman. “He is a dear friend and someone I value deeply as colleague. Jim is a world-class musician, committed teacher and his vast experience as a member of one of the worlds’ great orchestras is invaluable for our students.”