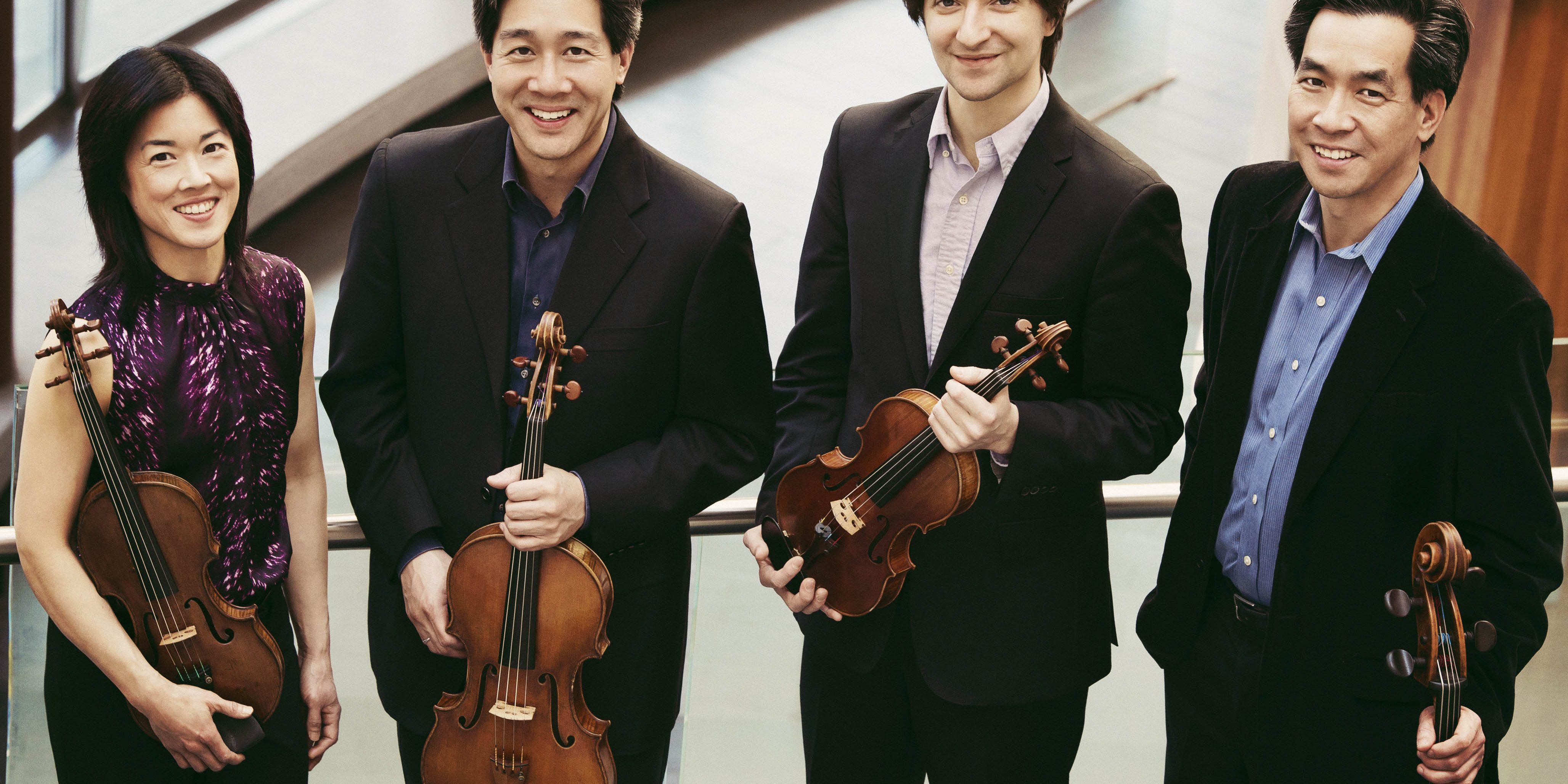 ROCHESTER, N.Y.–Robin Scott, an award-winning musician described as one of America’s rising stars on the classical music stage, is joining the Ying Quartet as the Grammy-winning ensemble’s first violinist.

As the quartet’s newest member, he is joining siblings and founding members David, cello; Janet, violin; and Phillip, viola. Scott also will receive an appointment to the faculty of the Eastman School of Music, where the ensemble is the string-quartet-in residence.

“Robin is both an insightful, creative musician and top-shelf violinist, and we are thrilled to begin the next chapter of our quartet’s life with him,” said David Ying. “From the first phrases we played together, the musical chemistry was alive and electric. It is easy to imagine a rewarding and stimulating musical future with Robin.”

Scott has appeared as a soloist with the Minnesota Orchestra, St. Paul Chamber Orchestra, Indianapolis Symphony, Fort Wayne Philharmonic, Montgomery Symphony, Orchestre National de Lille in France, and many others. He has given numerous recitals and performances throughout the United States and abroad, in such venues as Carnegie’s Weill Recital Hall and the Schubert Club in St. Paul, Minn.

As an avid and passionate chamber musician, Scott has performed at the Kennedy Center, the Library of Congress, the Smithsonian Institution, Boston’s Jordan Hall, the Morgan Library, Town Hall in New York City, and other venues. His festival appearances include the Marlboro Music Festival, Ravinia’s Steans Institute for Young Artists, Yellow Barn, Kneisel Hall, and the Saratoga and Chesapeake Chamber Music Festivals, MusicIC in Iowa City, and others. He has participated in the acclaimed Music From Marlboro tours, as well as tours under the auspices of the Ravinia Festival, and was a member of the Gesualdo String Quartet, the quartet-in-residence at the University of Notre Dame.

Scott, who will move to Rochester from Indianapolis, is also an accomplished and in-demand orchestral leader and has served as concertmaster of the New York Classical Players. He was guest concertmaster with the Fort Wayne Philharmonic and has performed with the St. Paul Chamber Orchestra as guest principal second violin.

A native of Indiana, Scott began studying the violin at age five and also took piano lessons. He received his Bachelor of Music Degree at the New England Conservatory and his Artist Diploma at Indiana University, where he was a student of Miriam Fried. He pursued additional studies at NEC with Donald Weilerstein, the founding first violinist of the Cleveland Quartet, and violist Kim Kashkashian. Previously, he was a student of Mimi Zweig at Indiana University’s preparatory program.

“I’m thrilled to be joining the Ying Quartet and to be coming to Rochester to teach at the Eastman School of Music,” said Scott. “The prospect of exploring the great quartet repertoire with wonderful colleagues is an honor. To pass on what we believe as musicians and instrumentalists is a great responsibility, and something which I look forward to with my students.”

The Ying Quartet receives praise around the world for its high-caliber and affecting performances in concerts and festivals including Aspen, Tanglewood, Ravinia, Caramoor, and others. The ensemble teaches and performs each summer at the Bowdoin International Music Festival, for which David and Phillip Ying serve as artistic directors. The ensemble has worked on collaborative projects at Symphony Space in New York City and with musical partners such as pianist Menahem Pressler, cellist Paul Katz, and folk musician Mike Seeger, among others. Upcoming projects include a collaboration and recording with cellist Zuill Bailey, and piano quintet commission and recording with pianist and composer Billy Childs.

Through its LifeMusic project, supported by the Institute for American music, the Ying Quartet has commissioned established and emerging composers to produce a distinctively American string quartet repertory. Their first recording of Life Music works, The Ying Quartet Play LifeMusic, was named Editor’s Choice by Gramophone magazine. Their second recording of commissions is titled The United States.

As students at the Eastman School of Music in the late 1980s and early 1990s, the Yings studied with members of the Cleveland Quartet, the school’s quartet-in-residence. The Ying Quartet first came to national professional as the quartet-in-residence in Jesup, Iowa, under a grant from the National Endowment for the Arts. The quartet was awarded second prize in the 1992 Banff International String Competition and the following year won the Naumburg Chamber Music Award. They were appointed faculty quartet-in-residence at Eastman in 1997.

At Eastman, the Ying Quartet teaches in the string department and leads a rigorous chamber music program. An integral part of the chamber music curriculum is the Music for All program, in which students perform in community settings beyond the concert hall.

Scott will succeed violinist Ayano Ninomiya, who has served as first violinist of the quartet since 2010. “Ayano has been a wonderful colleague and close friend, and we are grateful that she has shared her amazing musical talents with us and our audiences these past years,” said David Ying. “We wish her the very best in her future performing and teaching endeavors, and look forward to our paths crossing often in the future.”