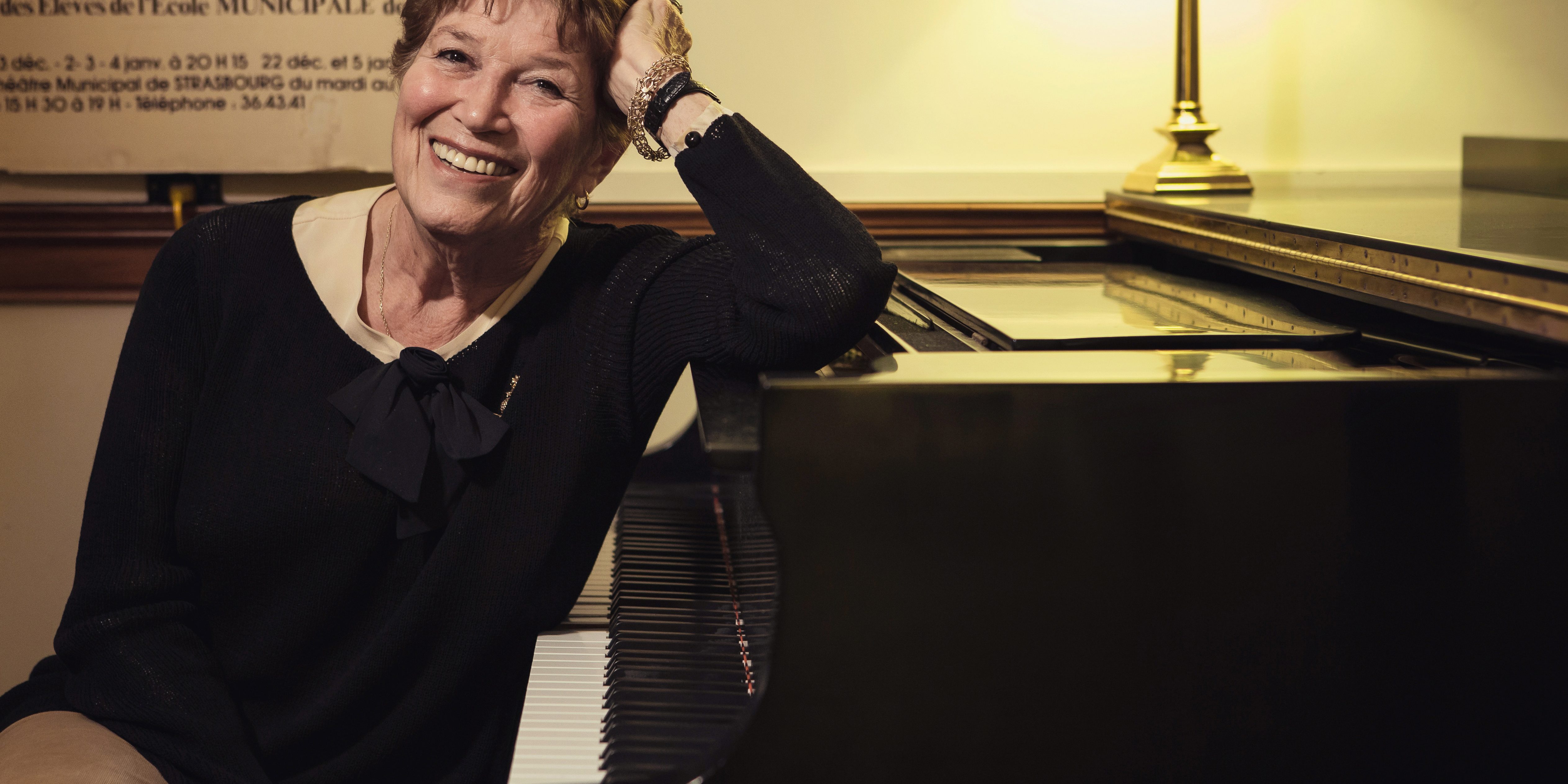 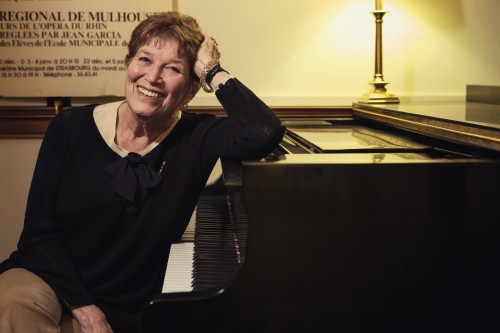 Dramatic coloratura soprano Rita Shane, who performed as Queen of the Night more than 250 times and originated the lead in Dominick Argento’s Miss Havisham’s Fire, died Thursday, October 9, in New York City after a brief and courageous battle with pancreatic and liver cancer. She was 78 years old and was Professor of Voice at the University of Rochester’s Eastman School of Music in Rochester, N.Y.

When she made her Metropolitan Opera debut in 1973 in Mozart’s The Magic Flute, The New York Times noted her “powerful, precise, expressive, and intense” performance, saying it “left no doubt as to the Queen of the Night’s character.” A leading soprano at the Met for 10 seasons and 75 performances, Ms. Shane also sang at the Chicago Lyric, San Francisco, Santa Fe, New York City, and many other American opera companies. She made her European debut at Teatro Alla Scala in Milan in 1970 and sang at the Vienna State Opera, Bavarian State Opera, Opera du Rhin in Strasbourg, and a dozen other houses in Europe and South America.

“We have many faculty stars at Eastman. For me, what made Rita Shane stand out among them as a teacher, in addition to her legendary warmth and elegance, was a quality of faithfulness: to the vocal technique that she believed in so completely and conveyed so effectively; to her students whom she supported in so many ways, during and after their years in school; and to a professional standard of singing that she helped sustain in the world’s most important opera houses and concert halls,” said Russell Miller, Professor of Vocal Coaching and Repertoire, and Chair of the Voice & Opera Department. “Ms. Shane was beloved far beyond her own class of students, as she was a sympathetic listener to any singer in the building who was committed to their work, and a model colleague to all the faculty with whom she worked.”

While at the Met, Ms. Shane stepped in for Beverly Sills in January 1976 as Pamira in Rossini’s The Siege of Corinth. Noting the technical difficulty of the role, the New York Times said that “her virtuosity in scales, cadenzas and staccato leaps and her solid high notes were impressive.” The following month, Ms. Shane was again called to replace Sills, this time in Verdi’s La Traviata as Violetta, a part which, according to the New York Times, she sang expertly, “her voice free and easy at the top,” and with the “middle register to take care of all the singing beyond the brilliance of Act 1.”

“The world lost a bright, shining star; Rita Shane was not only an incredible voice teacher to so many fortunate students, she was a rock, a shining light, mentor, colleague and friend,” said Metropolitan Opera tenor John McVeigh, who has performed with the Chicago Lyric Opera, Kennedy Center, Lincoln Center, and in opera and in concert with orchestras and festivals throughout the United States, Europe, and China. “She took me, and so many others like me, under her wings, nurtured us at Eastman and then invited us to be part of her ‘family’ in New York City. She made us feel safe, that her home was ours, and we were now a part of the amazing community of singers, actors, musicians, family and friends that spent countless hours on her terrace. She helped us all to find our own voice in this world.”

Ms. Shane was born on August 15, 1936, in New York City, and studied at Barnard College. She studied voice with Beverly Peck Johnson. She made her professional debut in 1964 as Olympia in Les Contes d’Hoffmann at Chattanooga, and the following year appeared with the New York City Opera as Donna Elvira in Don Giovanni. With City Opera, she went on to sing in Dialogues of the Carmelites, L’amour de trois oranges, and as Queen of the Night. She also appeared again in Don Giovanni, this time in the role of Donna Anna.

In 1979, Ms. Shane sang the lead role in the world premiere of Miss Havisham’s Fire at the New York City Opera. She also performed the world premieres of Hovhaness’s Cantata and the complete orchestral version of Richard Strauss’s Brentano Songs. She sang in the American premieres of Henze’s Elegy for Young Lovers as Hilda Mack, in Schat’s Houdini as Cecilia, and in Reimann’s Lear as Regan.

“Rita’s extraordinary voice, truly one of a kind, was matched by her warmth, generosity, and fierce loyalty. Her sunny disposition was a gift in my life, and in the community of Eastman,” said Carol Webber, Eisenhart Professor of Voice at Eastman. Webber noted that a former student once wrote to Rita and talked about “the smiling spirit” with which she taught. “That’s a perfect summation of how magical her presence will continue to be in the lives of so many students. I treasure her as a close friend, and her smiling spirit is lasting,” Webber said.

As an orchestral soloist, Ms. Shane performed with the London Philharmonic, Vienna Symphony, Israel Philharmonic, RAI Naples, and the orchestras of Philadelphia, Cleveland, Cincinnati, and others. She worked with such renowned conductors as Zubin Mehta, Rafael Kubelik, James Levine, Rudolf Kempe, Bernard Haitink, Michael Gielen, Wolfgang Sawallisch, and Thomas Schippers. Her recordings appear on the RCA, Columbia, Turnabout and Louisville Premiere labels. Ms. Shane was selected to make the first full recording of Strauss’s Brentano Songs, made in 1970 with the Louisville Orchestra on the Orchestra’s own First Edition label.

Ms. Shane joined the faculty of the Eastman School of Music in 1989. She had also taught at Manhattan School of Music, conducted master classes, judged vocal competitions, and maintained a private teaching studio in New York City.

Ms. Shane is survived by her son, Michael Shane Tritter; beloved grandson, Jonah Choi Tritter; sister, Ruth Rosenthal; and brother, Arthur Shane. A celebration of her life is being planned to take place in the next few months. A scholarship fund will be established at the Eastman School of Music.  In lieu of flowers, contributions in memory of Ms. Shane may be sent to the Eastman School of Music, Office of Advancement, 26 Gibbs St., Rochester, NY 14604.

A recording of Ms. Shane performing the “Vengeance Aria” from The Magic Flute can be heard here: http://www.youtube.com/watch?v=wqGIUMG0QG4. An interview from the January/February 2014 issue the local Rochester magazine Post can be found here: http://tinyurl.com/p8dcezx .