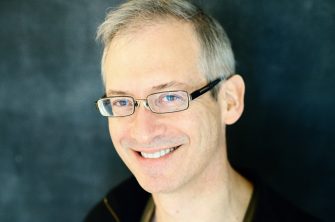 Ricardo Zohn-Muldoon was born in Guadalajara, México, in 1962. Literature inspires many of his compositions, such as the extended song cycle Songtree, on poetry by Raúl Aceves and William Shakespeare, the miniature opera NiñoPolilla, on a libretto by Juan Trigos senior, and the scenic cantata Comala, based on the novel Pedro Páramo, by the great Mexican author Juan Rulfo. Comala was selected as a finalist for the Pulitzer Prize in 2011.

His works have been performed internationally, and supported by the American Academy of Arts and Letters, Koussevitzky Foundation, Fromm Foundation, Barlow Endowment, Guggenheim Foundation, and México’s Sistema Nacional de Creadores de Arte, among other institutions in the U.S. and abroad. Recordings of his music have been released on the Bridge, Oberlin Music, Verso, CRI, Quindecim, Innova, Ravello, New Focus, and Tempus labels. He studied at the University of California, San Diego (BA, 1986), and at the University of Pennsylvania (PhD, 1993), where his principal teacher was George Crumb. He is currently Professor of Composition at the Eastman School of Music, having previously taught at the College-Conservatory of Music, University of Cincinnati, and the Escuela de Música, Universidad de Guanajuato.