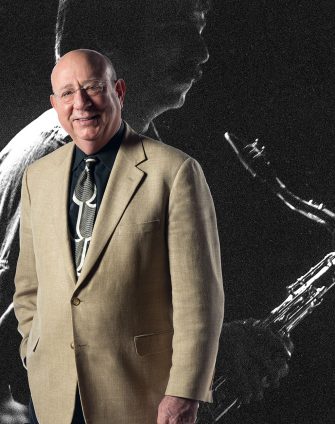 At the time of his retirement in spring 2013, Ramon Ricker was Senior Associate Dean for Professional Studies, Director of the Institute for Music Leadership and Professor of Saxophone at the Eastman School of Music.  As a senior administrator at Eastman, Dr. Ricker was instrumental in shaping Eastman’s innovative Institute for Music Leadership, with its Arts Leadership curriculum that offers courses in entrepreneurship, careers, leadership, performance, contemporary orchestral issues and musician’s injury prevention and rehabilitation; its Center for Music Innovation and Engagement that helps student’s inventions and ideas become realities; the Office of Careers and Professional Development; and the Orchestra Musician Forum with its website Polyphonic.org and the Paul R. Judy Center for Applied Research.

Dr. Ricker received a bachelor of music education degree in clarinet from the University of Denver, a master of music degree in woodwind performance from Michigan State University, and a doctor of musical arts degree in music education and clarinet from Eastman. He joined the Eastman faculty in 1971 in a part-time position; he became a full-time faculty member in 1973, served as the chair of the Department of Winds, Brass and Percussion from 1989 to 1998. His association with the Rochester Philharmonic Orchestra (RPO) began in 1972 as a clarinet soloist, and in 1973 he won a position in the clarinet section. He continues to play in the orchestra today, and from 1996-2005 he also served on its board of directors. For eight summers (1993-2000) he was music adviser to the Schlossfestspiele in Heidelberg, Germany, where he directed the participation of the Eastman Philharmonia in its five-week residency at this well-known German music festival.

Dr. Ricker began his musical studies on the clarinet. At age 16, while continuing to study the clarinet, his interest in jazz led him to begin saxophone lessons. Throughout his career he has enjoyed performing a wide variety of music on both clarinet and saxophone, including classical and jazz. This is reflected in the careers of his students, whose careers have taken diverse paths. Some are successful public school music teachers, while others comprise a diverse who’s who in the professional saxophone world that includes positions in Broadway pit orchestras and military bands, traveling road bands, small jazz groups, and pop and contemporary ensembles. His student jazz group Saxology won Down Beat magazine awards every time it entered: Best Collegiate Small Group (three times) and Outstanding Performance (twice). Of the 139 saxophone students in Ray’s studio during his tenure, 46 currently hold college saxophone teaching positions.

His books on jazz improvisation and saxophone technique, as well as many of his compositions, are viewed as standards in the field, with over 150,000 copies sold worldwide and translations into French and Japanese. He is a Conn-Selmer Artist.

As a professional musician and music contractor, he has performed on hundreds of television commercials and program themes including national accounts for NBC, ABC, Cinemax, HBO, and Arts and Entertainment. As a composer and arranger he has been honored by grants from the National Endowment for the Arts, New York State Council on the Arts, Creative Artist Public Service, Meet the Composer, and ASCAP. His arrangements have been commissioned by the Rochester Philharmonic Orchestra, and the American, Atlanta, Cincinnati, and North Carolina Symphony Orchestras, and his works are published by Schott Music (Germany), Alphonse Leduc (Paris), Alfred Music (USA) and Jamey Aebersold (USA). His latest book, Lessons From a Street-Wise Professor; What You Won’t Learn at Most Music Schools (2011, Soundown, Inc.) is fast becoming a must-read for music students, and was honored as a Finalist in the Business: Entrepreneurship and Small Business category of The USA “Best Books 2011″ Awards, sponsored by USA Book News.