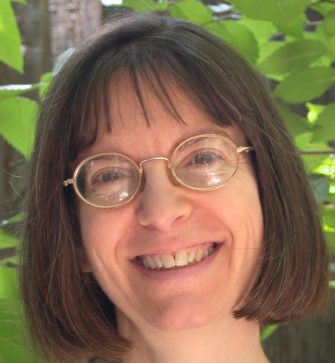 Musicologist Honey Meconi is the inaugural Arthur Satz Professor at the University of Rochester, where she is on the faculty of the College of Arts and Sciences and the Eastman School of Music. She is an expert on Renaissance music as well as the music of Hildegard of Bingen (the twelfth-century polymath, poet, and composer), and is director of The Hildegard Project, a long-term undertaking to perform all of that composer’s music. Her publications include Hildegard of Bingen (University of Illinois Press, 2018), Pierre de la Rue and Musical Life at the Habsburg-Burgundian Court (Oxford University Press, 2003; reprint 2009), the commentary volume to the facsimile edition of Brussels, Royal Library, Ms. IV.90 (Patrimonio Ediciones, 2007), and the edited volumes Early Musical Borrowing (Routledge, 2004), Fortuna desperata: 36 Settings of an Italian Song (A-R Editions, 2001; reprint 2009), Medieval Music (Ashgate, 2011), and The Mechelen Choirbook (co-edited with David J. Burn, Standaard/Davidsfonds, 2019). She has also published fiction under a nom de plume.

Subjects of her writings range from plainchant to Susan B. Anthony. She has authored an extensive series of articles on music of the fifteenth and sixteenth centuries, with emphasis on the Alamire manuscripts and the composers featured therein, along with various publications on Hildegard of Bingen, including the Oxford Bibliography of Hildegard as well as a study of her Lingua ignota and an essay on the editing history of her music and texts. She has been a Fulbright Fellow in Belgium, Andrew W. Mellon Fellow at the University of Pennsylvania, and Fellow at the Villa I Tatti in Florence, and has received multiple grants from the National Endowment for the Humanities and other agencies.

Recipient of a 2006 Alumna Award from the Pennsylvania State University College of Arts and Architecture, she has served on the Board of Directors of the American Musicological Society, both as Vice President and as Director-at-Large. While chair of the AMS Committee on Women and Gender she was the primary fund-raiser for the AMS Endowed Lecture on Women and Gender, and was the mastermind behind the AMS Name Quilt. She is founder of the AMS Feminist Quilting Quartet and is currently AMS liaison to the Gateways Music Festival.

In 2009 she joined the editorial board of Grove Music, and from 2010 to 2012 served on the Governing Board of US-RILM. Current advisory boards include the Music Advisory Board for the Routledge Encyclopedia of the Renaissance World as well as the Josquin Research Project; she previously served on the boards of the Journal of the American Musicological Society, Pegasus Early Music, and Houston Early Music, among others. In 1998 she organized the interdisciplinary conference “Constructing Hildegard: Reception and Identity 1098–1998,” and in 2012–2013 created the Humanities Project “The World of Susan B. Anthony.” An earlier Humanities Project, in 2006–2007, was the panel/lecture/concert/workshop series “Women and Music: Looking Back, Looking Forward.”

She was Director of the Susan B. Anthony Institute for Gender and Women’s Studies from 2007 to 2014, and also served as Susan B. Anthony Professor of Gender and Women’s Studies. As Director of the Institute, her many innovations included the annual Two Icons Lecture exploring the intersection of race and gender, the annual Rainbow Lecture to examine LGBTQI issues from a scholarly perspective, the annual International Women’s Day Field Trip, and the “Failure is Impossible” mentoring series for undergraduates, graduate students, and faculty members at different stages of their careers.

A performer as well as a scholar, she began directing early music groups while a student at Indiana University. She has since founded and directed ensembles at Harvard University (where she received her Ph.D.), Rice University (where she directed the Medieval Studies Program), and at the University of Rochester. As a singer of post-1600 music she has performed with, among others, the Tanglewood Festival Chorus, the professional Ensemble Vocal de la Radio- Télévision belge de la communauté française, and the Houston Symphony Chorus. Her public musicology blog “The Choral Singer’s Companion” http://www.thechoralsingerscompanion.com is read worldwide. She is currently a member of Schola Cantorum, which performs weekly from October through April and records regularly, as well as the Eastman-Rochester Chorus and First Inversion; on special occasions she performs with Concentus Women’s Chorus. With Vox Early Music Ensemble she was recipient of the 2006 Noah Greenberg Award given by the American Musicological Society “for distinguished contribution to the study and performance of early music.”