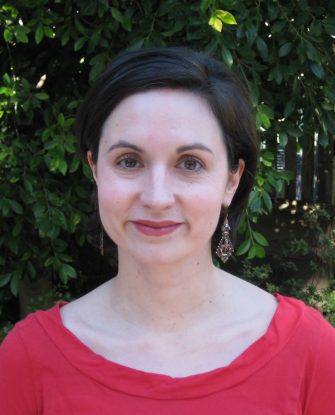 Lisa Jakelski received her Ph.D in music history and literature from the University of California, Berkeley, after completing an AB in music and English at the University of Georgia. Broadly stated, her research considers how social and political practices might intersect with music making after 1945; her areas of specialization include Polish composition and Cold War cultural politics. She is exploring these issues in her current book project, a study of cultural mobility and transnationalism at the Warsaw Autumn International Festival of Contemporary Music. Her future research will continue to investigate the circulation of ideas throughout Cold-War Europe, and will also expand on her interests in postwar Polish jazz, theater, and film music. Jakelski’s work has appeared in the Journal of Musicology and twentieth-century music, and she has presented papers at conferences throughout North America and Europe, including the annual meeting of the American Musicological Society and the International Conference on Music since 1900. She has received numerous honors and awards for her work, including a fellowship in 2007-2008 at the Doreen B. Townsend Center for the Humanities.