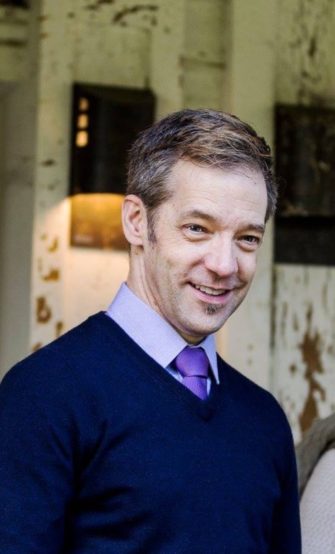 Roger Freitas received his PhD in music history from Yale University. He had previously earned an MM (with performer’s certificate) in early music, vocal performance, from Indiana University; and a BM in vocal performance from Dominican College of San Rafael.  He has taught in the Musicology Department at Eastman since 1998.

He is currently working on a critical edition of Luigi Rossi’s opera Il palazzo incantato (1642), with libretto by Giulio Rospigliosi (the future Pope Clement IX) and based on episodes of Ariosto’s Orlando furioso.  In summer 2018, his essay “Singing Herself: Adelina Patti and the Performance of Femininity” appeared in the Journal of the American Musicological Society and later earned the H. Colin Slim Award of the American Musicological Society for outstanding article by a scholar beyond the early stages of the career.

His book, Portrait of a Castrato: Politics, Patronage, and Music in the Life of Atto Melani (2009) was awarded the Philip Brett Award of the LGBTQ Study Group of the AMS. In 2015 the book was published in Italian translation by ETS (Pisa). He has also published an edition of the Complete Cantatas of Atto Melani with A-R Editions.

He has brought out articles in the Journal of Seventeenth-Century Music, Journal of Musicology, Music and Letters, Journal of the Royal Musical Association (JRMA), and Opera News, as well as in collections on “musical voices” and Italy’s eighteenth century. He has presented papers at the annual meetings of the AMS, International Musicological Society, Society for Seventeenth-Century Music, Royal Musical Association, and Modern Language Association. He has also spoken at more specialized conferences, including the Biennial International Conference on Baroque Music, the Utrecht Early Music Festival, Attending to Early Modern Women—and Men (Univ. of Maryland, 2006), and Italy’s Eighteenth Century: Gender and Culture in the Age of the Grand Tour (Clark Memorial Library/UCLA, 2002).

He has won the Rome Prize from the American Academy in Rome (where he resided in 2003–04) and an NEH Fellowship (2000–01). In 2006 he received Eastman’s Eisenhart Award for Excellence of Teaching.

Prof. Freitas currently serves as president of the Society for Seventeenth-Century Music (2019-21). He has also served on the Board of Directors of the American Musicological Society, where he chaired the Communications Committee.  Likewise, he served on the AMS Program Committee for the annual meeting in Louisville (2015), the Alvin H. Johnson AMS 50 Dissertation Fellowship Committee (2010–13), and the Noah Greenberg Award Committee (2007–09). He has been a member of the board of directors of the American Handel Society since 2002.

At the University of Rochester, he has been both chair (2012-16) and graduate advisor (2001-12) of the Musicology Department at Eastman, and he continues to be a faculty associate at the Susan B. Anthony Institute for Gender and Women’s Studies. Prior to joining Eastman in 1998, Freitas held a position as a visiting lecturer at Wellesley College (1997–98). He also performed as a soprano and alto adjunct member of Chanticleer (1984–86).