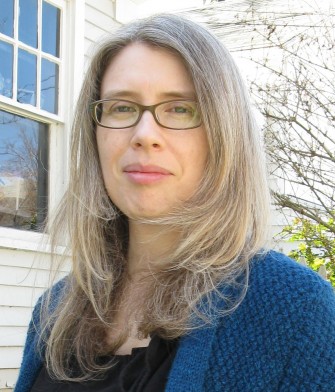 In her writing, teaching, and personal practice, Melina Esse enacts her longstanding fascination with the connections between gender, materiality, and performance. A scholar of opera in the nineteenth and twentieth centuries, she has published widely—on voice and technological mediation, on opera and film, and on gender and the emotive body. Her latest book, Singing Sappho: Improvisation and Authority in Nineteenth-Century Opera (University of Chicago press, 2021), probes the intertwining histories of musical texts and improvisatory performance and was awarded the 2020 Aldo and Jeanne Scaglione Publication Award for a Manuscript in Italian Literary Studies from the Modern Language Association. The book shows how discourses of spontaneity—specifically those surrounding the improvvisatrice, or female poetic improviser—were paradoxically used to carve out a new authority for opera composers just as improvisation itself was falling into decline. Her initial foray into this field, the article “Encountering the improvvisatrice in Italian Opera,” received the 2014 Einstein Award from the American Musicological Society. Professor Esse’s research on the improvvisatrice was supported by the National Endowment for the Humanities in the form of a 2010 Summer Stipend.

Professor Esse received her Ph.D. in music history and literature from the University of California at Berkeley, where she was recognized for excellence in teaching. A fellow at the Townsend Center for the Humanities in 2003-04, she was also the recipient of the Alvin H. Johnson AMS-50 Dissertation Fellowship and the Mabelle McLeod-Lewis Memorial Fund Fellowship. Her articles have appeared in the Journal of the American Musicological Society, Cambridge Opera Journal, Opera Quarterly, Nineteenth-Century Music, Current Musicology and Women in Music. She has presented papers to the American Musicological Society, the International Association for the Study of Popular Music, the American Society for Theater Research, the North American Society for the Study of Romanticism, and the Feminist Theory and Music annual conference. In addition to her publishing and teaching activities, she has given many pre-concert lectures and seminars at both the San Francisco Opera and the Minnesota Opera.  In 2018, she was awarded a Bridging Fellowship to the School of Arts and Sciences Dance and Movement Program.

At Eastman, Esse teaches courses on eighteenth-, nineteenth- and twentieth-century music history, visual spectacle and the modern voice, and singers in nineteenth-century opera. Her dissertation advisees have worked on topics as diverse as ornamentation in Italian opera, early music revivals, opera and technology in fin-de-siècle France, and the role of live performance in solidifying jazz traditions.