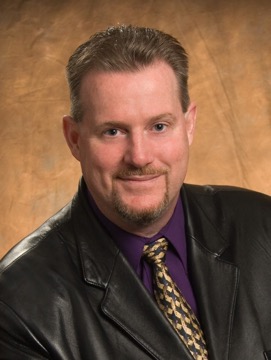 STEVEN DAIGLE, professor of opera and artistic director for Eastman Opera Theatre for the Eastman School of Music and Artistic Director for The Ohio Light Opera, has served as part of the artistic staff for more than 300 lyric theater productions.

With the Ohio Light Opera, he served as stage manager, assistant director, and general manager under the guidance of company founder James Stuart, and in 1999 was appointed artistic director. His first year with the company was in 1990. At OLO he has called over 300 performances as a stage manager, served on the technical or artistic staff for over 150 productions, and directed over 90 titles, including many American premieres in original versions: Lehár’s Der Czarevitsch (The Zarevitch), Friedereke, Cloclo, Künneke’s Der Vetter aus Dingsda (The Cousin from Batavia), and Kálmán’s Der Zigeunerprimas (Sari), Ein Herbstmanöver (Autumn Maneuvers), Das Veilchen von Montmartre (The Violet of Montmartre), Der Gute Kamerad (A Soldier’s Promise), Marinka, Die Faschingsfee (Miss Springtime), Der Kleine König (The Little King), Das Hollandweibchen (The Little Dutch Girl), Kerns’s The Cabaret Girl and Gershwin’s Primrose. As artistic director, he has created seven performance translations for Kálmán and Lehár operettas, expanded the offerings to include traditional musicals and introduced over 70 new titles to the company’s vast and unique repertoire. Daigle has also supervised OLO’s highly acclaimed series of CD and DVD recordings on the Newport Classic, Operetta Archives, and Albany Records labels, including historical reconstructions and world premiere recordings of Friml’s The Firefly, Romberg’s Maytime, Herbert’s Naughty Marietta, Sweethearts and Dream City and the Magic Knight, Kern’s The Cabaret Girl, and six operettas of Emmerich Kálmán. As artistic director he has added the following composers and their works to the repertoire: Benatzky & Stolz, Berlin, Bernstein, Bock & Harnick, Friml, Gershwin, Kern, Künneke, Leigh, Lerner & Loewe, Loesser, Porter, Rodgers & Hammerstein II, Rodgers & Hart, Schubert & Berté, Sousa, Styne & Sondheim and Willson. The company’s unique mission and service to the traditional lyric art form (Viennese, French, German operetta, G&S, Edwardian and early American operetta and musical theater), has been recognized internationally through scholarly publications.

As a champion of early American operetta and musical theater, he continues to pursue the preservation of the art form. Daigle has received critical acclaim for his commitment to research, reconstruct and produce rarely performed musicals of early Broadway. He has developed an on-going relationship with one of the largest operetta and early American Musical Theater collections in the world – The Operetta Foundation in Los Angeles. For the past fifteen years he has created, written scripts and directed historic reviews that highlight the rare works of this collection. In 2006 he helped the foundation mount and reconstruct a production of Marinka – a 1940s musical that has not been produced since its Broadway premiere.  He is presently working on a new script and subsequent recording of Walter Jurmann’s 1946 musical Windy City.  Additional projects include historic reconstructions of the rare 1917 Princess Theatre musical Have a Heart, (by Kern, Wodehouse and Bolton) and Gershwin’s 1924 musical Primrose.

He received his bachelor’s degree in vocal education and performance from Southeastern Louisiana University.  He received his MM in Opera Stage Directing from Florida State University, where he studied voice with Janice Harsanyi and directing with Lincoln Clark.

He has served on the faculty of Kent State University and as assistant director and acting director of the Opera Theater program at the Oberlin Conservatory. In the summer of 1998, he served on the faculty of the Oberlin in Italy program in Urbania, Italy.  In September 2003, The Ohio Light Opera was given an Award of Achievement by Northern Ohio Live for its role in preserving operetta for the past 25 years. In 2006 he received the Outstanding Alumnus award from Southeastern Louisiana University. From 2008 – 2013 & 2017 – 18, he served as Chair of the Voice and Opera Department at the Eastman School of Music. He presently serves Co-Chair of the Eastman Voice and Opera department. In the spring of 2015, Daigle was awarded the Eisenhart Award for Excellence in Teaching from the Eastman School of Music.