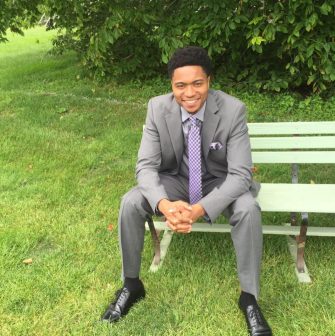 Cory Hunter holds a dual appointment as Assistant Professor of Music at the University of Rochester and Assistant Professor of Musicology at Eastman School of Music. He received his Bachelor of Music in Vocal Performance from Eastman School of Music in 2006 with distinction, a Master of Divinity and Certificate of Music from Yale Divinity School and the Yale Institute of Sacred Music in 2009 and his PhD in musicology from Princeton University in 2016. His current book project, The Politics of Spiritual Realism in Gospel Music Discourse and Practice, examines black gospel music in the twenty-first century and the ways in which gospel artists use various musical and discursive practices as strategies to communicate their theological commitments.

Dr. Hunter’s music performance career began as a boy soprano and lead soloist for the world renowned Boys Choir of Harlem. He has toured internationally, performing in concert halls across Europe and Canada as well as in leading US venues such as the Kennedy Center, Carnegie Hall, Lincoln Center, and the Apollo Theater. He also performed and was featured as a soloist on Good Morning America, Nightline, The Rosie O’Donnell Show, among a host of other television programs.