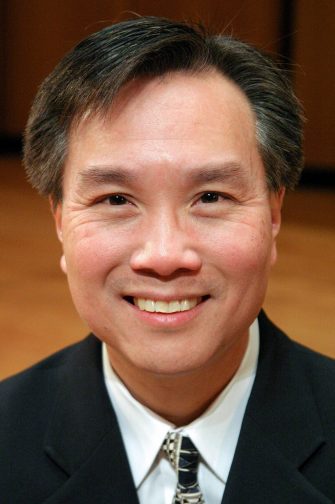 A Steinway Artist, Alan Chow has performed to critical acclaim in recital and in concert in such major venues as New York’s Lincoln Center and Merkin Hall and Chicago’s Symphony Center and Ravinia and with orchestras in the United States and Asia, included concerto performances with the National, Pan Asian, Utah, Oakland, Kansas City, and Omaha Symphonies and the Hong Kong, Shanghai, and Tulsa Philharmonics. Chow won First Prize at the Concert  Artists Guild International Competition and the Silver Medal and Audience Favorite Prize at the Gina Bachauer International Piano Competition, and was formerly a member of the artist faculty at Northwestern University’s Bienen School of Music.

As a chamber musician, he has collaborated with the America, Pacifica, and Miami String quartets and been a guest artist at numerous festivals. Chow regularly tours Asia with performances in Japan, Hong Kong, Taiwan, Singapore, and China, where he also presented master classes and lectures at major conservatories. In addition, he appears in recital in the Cheng-Chow Trio with pianists Angela Cheng and his twin brother Alvin.

Chow’s awards also include First Prize in the UCLA and Palm Beach Invitational International piano competitions, and he was a prizewinner in the William Kapell International Piano Competition.