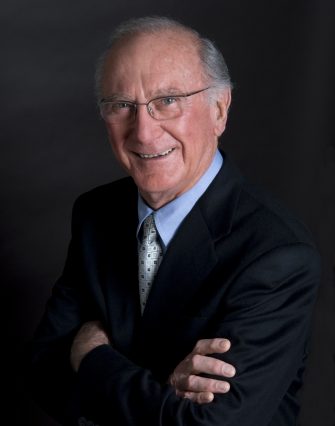 John H. Beck has been a member of the Eastman faculty since 1959. He received his bachelor’s degree (1955) and master’s degree (1962), as well as Performer’s Certificate from Eastman. He retired from Eastman in 2008 and continues as Professor Emeritus of Percussion and teaches a class in The History of Percussion

As a conductor, Beck has appeared with the Eastman Percussion Ensemble (1962-2008); in a tour of South America with the Aeolian Consort as percussion soloist (1977); and has participated in numerous guest conducting and percussion clinics in the United States and Europe.

Articles by Beck have been published in Music Journal, The Instrumentalist, Woodwind World, Brass and Percussion, and Percussive Notes; he was also percussion columnist for the National Association of College Wind and Percussion Instructors (NACWPI) Journal (1965-72). He has also contributed articles to the Grove Dictionary of American Music and the World Book Encyclopedia. Carl Fischer, Boston Music, Kendor Music, Meredith Music, MCA, Wimbledon Music, Inc., Studio 4 Productions, and CPP Belwin have published his compositions. His Encyclopedia of Percussion is in its second edition and is published by Routledge. He has served as state chairman for percussion, New York State School Music Association (NYSSMA, 1970-72); president of the New York State Percussive Arts Society (1976-82); national second vice president (1982-84), first vice president (1984-86), and president of the national Percussive Arts Society (1987-90).

Among the honors Beck has received include being named the Mu Phi Epsilon Musician of the Year (1976); the Monroe County School Music Association Award (1996); Eastman’s Eisenhart Award for Excellence in Teaching (1997); and the Arts and Cultural Council of Greater Rochester Award for contributions to the arts (1999). He was inducted into the Percussive Arts Society Hall of Fame in 1999.   The Percussive Arts Society presented him with an Outstanding Service Award (2002).  At Eastman’s 2003 Commencement, he was awarded the Edwin Peck Curtis Award for excellence in undergraduate teaching. The Commission Project presented him with the JD Award for outstanding service to music education in 2004.  Since retirement in 2008, he has been awarded the Distinguished Service Award from the New York State School Music Association  (2009), The President’s Award from Rowan University  (2010), the Lifetime Achievement Award from KOSA International Percussion (2010) and the Life Time Achievement Award from Giornate della Percussione, Fermo, Italy (2010). His book PERCUSSION MATTERS: Life at the Eastman School of Music was published in December 2011 by Meliora Press an imprint of the University of Rochester Press. The John Beck Composition Prize established by Percussion Rochester, a biennial percussion festival, will be awarded as a highlight of the 2012 festival.