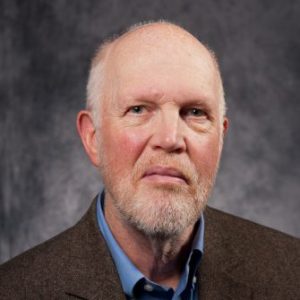 Beginning his musical career as a composer and jazz pianist, Robert Wason studied music composition and piano at the Hartt School of the University of Hartford (BMus ’67; MMus ’69), joining the Hartt Faculty as an Instructor in Theory and Composition in 1969. During his Hartford years, he worked four to six nights a week playing various gigs, and accompanied many touring artists, such as Buck Clayton, Sammy Davis Jr., Bobby Vinton, and the Four Tops. In the mid 70s he went on to do work in music theory at Yale University (MPhil ’78; Ph.D. ’81), and also studied at the University of Vienna and the Hochschule (now Universität) für Musik und darstellende Kunst, Vienna (Fulbright Scholar, 1979-80). A recipient of grants from the Guggenheim Foundation, National Endowment for the Humanities, the Paul Sacher Foundation, and the German Academic Exchange (DAAD), he has also taught at Trinity College (Hartford), Clark University (Worcester, MA), the University of North Texas (Denton), and has been guest professor at the University of Basel (Switzerland), the University of British Columbia (Vancouver, BC), and SUNY Buffalo, where he was most recently the Slee Visiting Professor of Music Theory (spring, ’21). He is the author of a standard work on the history of music theory in the nineteenth century (Viennese Harmonic Theory from Albrechtsberger to Schenker and Schoenberg [Ann Arbor: 1985; reprint, Rochester: 1995]), and many articles and reviews on the history of music theory, twentieth-century music, and more recently, jazz, in numerous journals and collections published here and abroad. His most recent book, coauthored with Matthew Brown, is Heinrich Schenker’s Conception of Harmony. See his blog at https://boydellandbrewer.com/blog/music/heinrich-schenkers-conception-of-harmony-a-surprise/ for a brief and easily accessible overview of the work, which provides the most comprehensive study of Schenker’s first major work in music theory, his Harmonielehre (Vienna, 1906; English translation, Harmony [Chicago, 1954]).

While teaching, Wason also managed to keep two hands in performance, at least part time, through various projects as a vocal accompanist, including songs of Anton Webern, with soprano Elizabeth Marvin (Professor of Music Theory, ESM; Professor of Brain and Cognitive Sciences, The College, UR), and turn-of-the-(last)-century German Lieder from Munich, with soprano Valerie Errante (Associate Professor of Voice at the University of Wisconsin, Milwaukee, now Emerita). The collaboration with Prof. Errante also led to concerts of both ‘popular’ and ‘art’ songs by the Rochester composer, Alec Wilder (1909-1980), available on the Errante/Wason CD Songs of Alec Wilder (Albany Records; Troy 404) (and now as a download at Amazon and other venues). In 2010, A-R Editions (Middleton, WI) published Selected Songs of the Munich School 1870-1920, an anthology edited by Wason and Errante that contains fifty-six songs drawn from their repertoire, together with an extensive introduction and notes on the texts and music. Their whole collection of Lieder is now housed in the Sibley Music Library Special Collections. In retirement, Wason continues his active interest and publication in scholarship, in both jazz and history of theory. But, as well, he has returned to the career that started off his life-long journey in music, recording a CD (The Bridgeport Jazz Trio, “Out of the Past,” available on YouTube), and working as a jazz pianist in the late fall, winter and early spring months in Key West, FL, well-known as a vibrant arts environment at least since Ernest Hemingway’s residence there in the 1930s. The Duval St. area offers a plethora of restaurants and nightspots featuring popular music of all sorts, including some excellent blues and jazz.