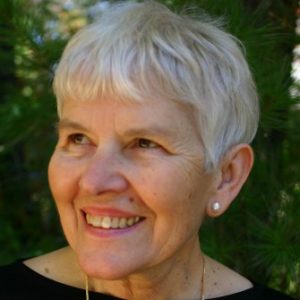 Kerala J. Snyder is Professor Emerita of Musicology and Affiliate Faculty of Organ, Sacred Music, & Historical Keyboards at the Eastman School of Music, University of Rochester. She has also taught at Yale University and the Hartt School of Music, worked as Senior Researcher at the Göteborg Organ Art Center, and served as organist at a number of churches. She studied at Wellesley College, Harvard Divinity School, and Yale University, where she received the Ph.D. in Music History. She is widely acknowledged as a leading expert in German baroque music, particularly the music of Dieterich Buxtehude. For her work in this area she received the Buxtehude Prize from the city of Lübeck, Germany, in 1990, was made an honorary member of the Society for Seventeenth-Century Music in 2007, and received an honorary doctorate from Gothenburg University in Sweden in 2010. Among her publications are the books Dieterich Buxtehude: Organist in Lübeck (its second edition translated into German as Dieterich Buxtehude: Leben, Werk, Aufführungspraxis); The Organ as a Mirror of its Time: North European Reflections, 1610-2000; and The Organist as Scholar: Essays in Memory of Russell Saunders; as well as numerous articles in journals and in The New Grove Dictionary of Music and Musicians. Leaping from the seventeenth to the twenty-first century, she served as founding Editor-in-Chief of the on-line Journal of Seventeenth-Century Music from 1995 to 2003, is co-editor of the on-line Düben Collection Database Catalogue at Uppsala University, and recently published The Choir Library of St. Mary’s in Lübeck, 1546-1674: A Database Catalogue on the Gothenburg University website.